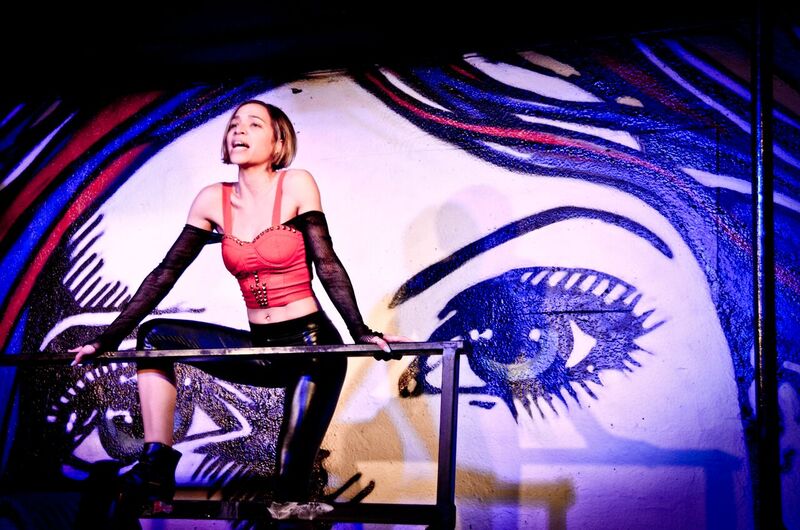 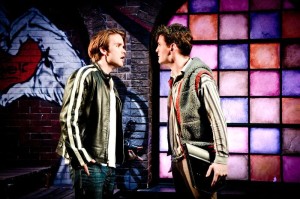 It is hard to believe it is the 20th Anniversary of the revolutionary, Pulitzer Prize, Tony, Drama Desk & Laurence Olivier Award-winning musical Rent. The brainchild of Jonathan Larson, with ambitions “to bring musical theater to the MTV Generation,” he did just that and more. Before Rent, Broadway was then thought of an older, culturally elite, style venue. This show caused such a pop culture revolution, decades before Hamilton the Musical, The Book of Mormon and Wicked, two of its original cast members, Adam Pascal and Daphne Rubin-Vega, landed the coveted cover of Newsweek Magazine’s May 13, 1996 edition under the tagline “Rent Electrifies Broadway.” Inspiring a generation of rabid fans, affectionately referred to as “Rent-heads” this show, with music, lyrics and book all written by Larson, brought an aggressive rock score, a thoroughly diverse cast and unapologetic storylines about HIV/AIDS and drug use to the stage. It is unfortunate Larson never lived to see the massive fruits of his labors. He died from an undiagnosed aortic aneurysm, believed to have resulted from Marfan syndrome, the day before the first preview of Rent. How do you measure the life of this remarkable man? Why, “Five hundred twenty five thousand six hundred minutes” would be a fetching start. 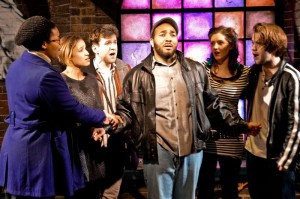 This brings me to the latest incarnation of Rent, now playing at the Theo Ubique Cabaret Theatre locale in Rogers Park. A suitable Windy City replacement for the original Alphabet City, East Village neighborhood of New York, and set in 1989 on Christmas Eve, this bold production is a loving yet unashamed glace at a year in the life of group of young friends struggling to survive HIV/AIDS, drug addiction and city wide gentrification in the arts scene in New York City. Directed by Scott Weinstein, and starring a young cast, many of whom don’t look old enough to have been alive when this show first bowed on Broadway. RENT currently stands as the 11th longest running Broadway musical of all time, just bumped to that slot by new number 10, Wicked. While this rendition stands no chance of running that long, this interpretation is a engaging and faithful tribute. To call this cabaret space intimate would be generous. Dinner is served by actual cast members prior to the show and dessert comes at the break. The “homeless woman” in the ensemble refilled all of our waters at intermission. She didn’t even ask us for a dollar. Sorry, Mark. 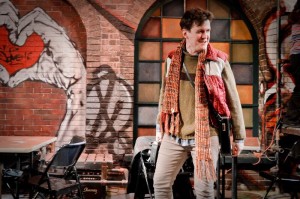 Videographer Mark (Matt Edmonds) and his roommate Roger (Patrick Rooney) opened the show with a rousing rendition of “Rent” a rock and roll anthem about income inequality and the inability to pay their loft space rent, as the power suddenly went out at the song’s conclusion. Completely believable in this space, “One Song Glory” was performed, quite literally, by flashlight, and the residual light from the votive candles on the audience’s tables. Partnered with anarchist MIT professor, Tom Collins (Chuckie Benson) I must admit the men sang rings around the women of this production. Benson’s Act Two “I’ll Cover You” was as spine-tingling as it was breathtaking. Aubrey McGrath’s approach to drag queen, Angel was more sedate than I have seen in the past, but his/her chemistry with Benson was as profound as need be required. Jaymes Osborne is always a treat on stage, even when he is playing the corporate sell-out heavy, Benny. As for the ladies, Nicole Michelle Haskins’s Joanna had the strongest pipes and best comic timing. Her “Tango: Maureen” with Edmonds was an Act One highlight. Avant-garde street performance artist, Maureen (Courtney Jones) was played more for laughs, and for the first time I rooted more for Joanne then Maureen during the song “Take Me or Leave Me.” Women in rubber may always be flirting with you, Maureen, but Haskin’s Joanne is the real prize. Then there was Mimi, Savannah Hoover certainly has the requisite look and sinewy build to pull off a leading lady who happened to be a drug addict and part-time stripper, but her vocals disappointed. I didn’t know it was possible to be both sharp and flat, simultaneously. Her solo “Out Tonight” was rough. “Light My Candle” was thankfully carried more by Rooney’s Roger. 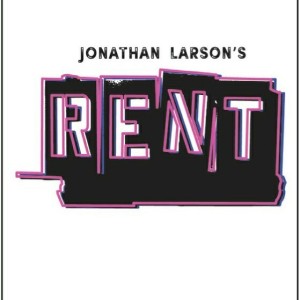 I have never seen the entire environment of the Theo Ubique Cabaret so disarmingly transformed before. Every inch of wall space was covered with intrinsically artistic and detailed graffiti. Adam Veness’ set design impressed, bringing to life the underground world of NYC squatters. Daniel Spagnuolo’s loose choreography fit the open staging well, especially during “Tango: Maureen” proving an Act One highlight. Izumi Inaba costumes were requisite street chic. The high waisted, acid-washed jeans of the late 1980’s were a giggle prompting visual treat, but in the late 1980’s and early 1990’s, those pants would have believably been purchased at the secondhand stores and street fairs these characters frequented. The thrift look worked. Kristof Janezic’s lighting design was also low-rent believable, in the best sense of the expression. It was legitimately conceivable this entire production was wired through the one large orange extension cord that went out Roger and Mark’s loft window. Jeremy Ramey’s masterful music direction and four piece band were simply magic, piping out the rock-infused score of Jonathan Larson, a most proud guardian angel to this entire production.

The life lesson “No Day But Today” was perfectly captured in Jonathon Larson’s phenomenal tribute to the unique artisans and colorful characters who populated his life as a young playwright in New York City in the late 1980’s. He so captured the anxiety and desperation of this time period, to a contemporary audience, Rent might feel a little dated. Theo Ubique Cabaret Theatre’s RENT is now introducing this ground-breaking material to a new generation. The audience may not pull in the notables like the original production did, however this staging comes out (mostly) a winner. Chuckie Benson’s Tom Collins, the most noteworthy and triumphant performance of this troupe, the ensemble here does Larson and his material proud. I bought this RENT, hook, line and sinker.

Theo Ubique Cabaret Theatre’s Rent is now playing through May 1, 2016