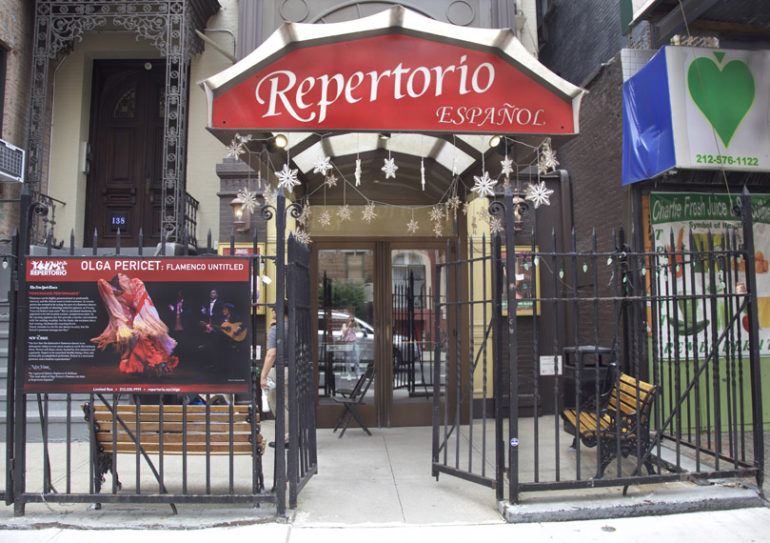 Repertorio Español is The Recipient of a $50,000 Challenge Grant from Lin Manuel Miranda and Family

Repertorio Español is The Recipient of a $50,000 Challenge Grant from Lin Manuel Miranda and Family

Repertorio Español, the celebrated Off-Broadway theatre company now marking its 50th anniversary year in NYC, is the recipient of a $50,000 challenge grant from the Miranda Family — Lin-Manuel Miranda and his parents Luis Miranda and Dr. Luz Towns-Miranda. This challenge gift – aimed at encouraging additional giving for a grand total of $100,000 – honors the Miranda family’s shared history with Repertorio, where Lin-Manuel Miranda worked as an intern years ago, and where he staged the first reading of his Tony Award-winning musical In The Heights.

Luis Miranda notes that “The Miranda Family, and especially Lin-Manuel, has had a long and meaningful relationship with Repertorio Español.  Repertorio has been a place of learning and discovery, creating  a strong foundation for Lin-Manuel.  We want to make sure it continues to provide opportunities for many other artists of color.”

Robert Federico, Repertorio’s Executive Producer stated , “When anyone receives a very generous challenge grant from the genius who created Hamilton, and his family, you can only be humbled, and at the same time proud that one’s work has deserved such an honor.  In Repertorio Español’s case, we are extremely humbled and, even more, extremely proud. This gift from the Miranda Family enables us to keep making the theatre we believe in for all audiences to enjoy.”

This month, Repertorio debuts its newest production, the world-premiere of Pulitzer Prize winning playwright (Anna In The tropics) Nilo Cruz’s Exquisite Agonia, previewing May 25 prior to opening May 30 at the theater’s long-standing home stage at 138 E. 27 St. in Manhattan.  Directed by Jose Zayas, Exquisite Agonia asks the question:  Can a woman find the love of her husband in a man who has received his heart?

Now in its 50th season, Repertorio Español was founded in 1968 by stage director René Buch and the late producer Gilberto Zaldívar, and joined by Robert Weber Federico in 1971, who now serves as Executive Producer.  REPERTORIO has presented an unparalleled body of theater that promotes and divulges the rich heritage of Hispanic theater.  Spanish masters like Calderón, Lope de Vega and García Lorca, renowned playwrights from Latin America and the growing body of American writers who capture the Latino experience in the U.S.—from Portland, LA, NYC, Washington DC, Texas, Washington Heights, Denver and Chicago– are all at home in Repertorio’s programming.  As well, the company has presented acclaimed translations of plays by Edward Albee, Shakespeare, Tennessee Williams, Giancarlo Menotti and Noël Coward.

Mr. Federico notes that many of the company’s most popular plays have been written by women, along with plays by Caridad Svich.

With more than 250 original productions since the company’s inception 50 years ago (averaging 4 new shows per season), the company has toured extensively in the U.S. and overseas, earning a host of awards including the Obie, Drama Desk, ACE, HOLA and ENCORE Awards.

Education is instrumental in Repertorio’s mission, embodied in its education arm, ¡DIGNIDAD! (dignity and self-esteem) that presents 100 school day performances each year, along with in-school residencies, family workshops and teacher training.  Dedicated to the next generation of Latino artists, the company’s annual MetLife Nuestras Voces National Playwriting Competition has helped generate new Latino theater since 2000.