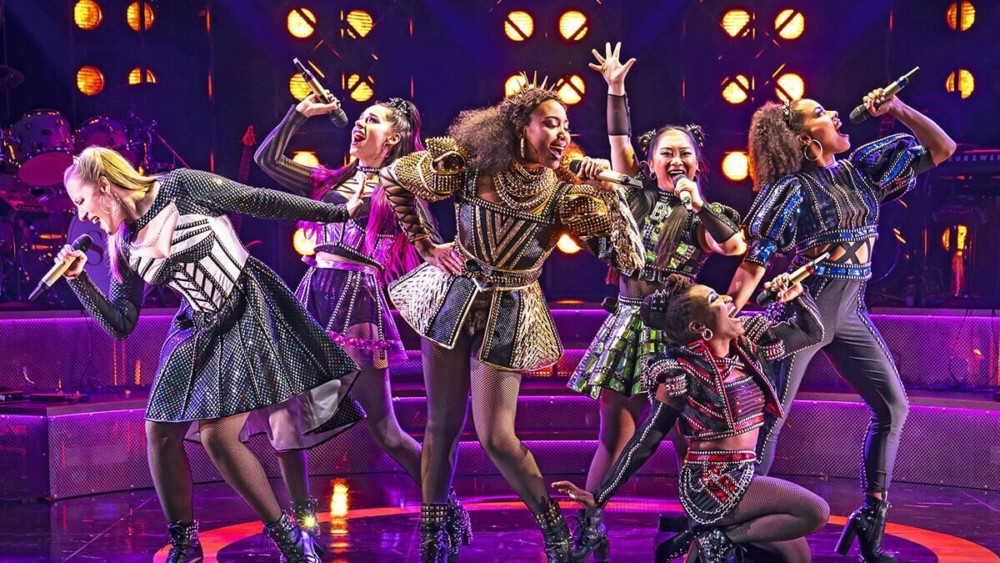 Six is still going strong with high octane performances, catchy tunes, a cast that rocks the stage, lighting that sears though you, making a great girl’s night out. The first time I saw Six, the one person I wanted to see was Samantha Pauley as Katherine Howard, as I had watch her on YouTube all COVID long. A white slip announced the understudy Courtney Mack would be going on. I tried to stay positive, after all Lenora Nemitz for Chita Rivera and then Gwen Verdon, stays in my mind to this day as one of the best performances I have ever seen. In going back, I brought my friend Anna to see the adorable Andrea Macasaet as Anne Boleyn. I wanted Anna to see a fabulous Asian on stage. Again another white slip announcing Courtney Mack as Anne Boylen. Again I tried to stay positive, after all I want to see the understudy in Funny Girl. Ms, Mack looks good, can sing and dance, but she doesn’t make the role her own or bring anything to the stage. It feels as if she is walking through the motions.

The curtain can still use some ironing, but the show starts with a flourish of award winning lighting by Tim Deiling that is so luminescent and brilliant. His design makes your immediately feel like you are at a rock concert. Emma Bailey’s simplistic, but effective set also adds to the overall feel.

Then the Six arrive to a pulsating opening number called “Ex-Wives”. Carrie-Anne Ingrouille’s choreography ramps up the look and the phenomenal costumes by Gabriella Slade are seriously a delight. I hope this girl wins a Tony! Toby Marlow and Lucy Moss music and lyrics are popsational.

The premise is out of Henry the 8th’s ex wives, who has the worst story and who gets to reign supreme.

First up is Catherine of Aragon (the exquisite Adrianna Hicks) and she does not disappoint. Her lyrics in “No Way” are great and so is the Latin beat. The choreo excels, as does Hicks vocals.

So you read a bible verse that I’m cursed
‘Cause I was your brother’s wife
You say it’s a pity ’cause quoting Leviticus
“I’ll end up kidiless all my life”
Well, daddy weren’t you there, when I gave birth to Mary? (Oh, hi baby)
(Daughters are so easy to forget)

Then there was the darling, lovable Andrea Macasaet, now the lack luster Courtney Mack as Anne Boleyn. A lot of the gestures that Macasaet created were just not done. Not good when you have memorized the song on YouTube. Again the lyrics are insanely fabulous.

Ooh, I wanna dance and sing
Politics, not my thing
Ooh, but then I met the King
And soon my daddy said, “You should try and get ahead”

The rules were so outdated
Us two wanted to get x-rated
Soon, ex-communicated
Everybody chill, its totes God’s will

Back into the cast is Jessie Mueller’s sister Abby as Jane Seymour. She channels Adele in “Heart Of Stone”. Her rifts speak in heavenly vibes. Ms. Mueller has grown deeper into this role and gives her all.

The forth queen is a ball of fire. Brittney Mack as Anna of Cleves lights up the room. To introduce her is “Haus of Holbein” a satirical song about women’s beauty standards, based on German electronic house/ haus music. Her song “Get Down” is classic hip hop style and Mack is joy personified. In seeing this almost 6 months later like Abby, Brittney has turned this song deeper, richer and oh so marvelous.

In finally seeing Samantha Pauley, I was not disappointed. Her sarcastic acting chops revel in dry wit, especially when she states “I’m the ten amongst these three’s.” It is thrillingly biting. Ms. Pauley knows how to punch a lytic. Her plight in “All You Want To Do” is layered and complex.

The last wife was the serene and perfect Joy Woods as Catherine Parr. She is sick of the games. Her idea of winning who has the worse story, is losing. Her song “I Don’t Need Your Love” brings all the queens together and woman power rules.

This is the perfect show for the #metoo movement, with all the women involved. Even the Ladies In Waiting band musical director/keyboard: Julia Schade; drums: Elena Bonomo; guitar: Kimi Hayes and on bass: Michelle Osbourne. All were superb.

All and all this is an enjoyable night of theatre and I can see them taking some Tony home June 12th.

Photo’s from the original cast.