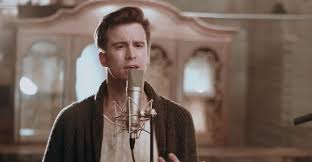 The Rodgers & Hammerstein Organization announced today the release of the next video in their YouTube series, R&H Goes Pop! This new video features Tony Award-winner Gavin Creel (Hello, Dolly!; She Loves Me; The Book of Mormon; Waitress), performing a contemporary version of “Something Wonderful” from Rodgers & Hammerstein’s The King And I.

“Rodgers & Hammerstein are the grandfathers of our art form,” said Gavin Creel. “To me, there is no greater melody in musical theater than ‘Something Wonderful.’ It is tension and release, beauty and tumult, and unabashed romance. That romance is timeless.”

Gavin Creel is best known for his Tony, Drama Desk, and Outer Critics Circle Award-winning performance as Cornelius Hackl in Hello, Dolly! He has also been seen on Broadway in Hair, Thoroughly Modern Millie, She Loves Me, The Book of Mormon, Waitress, and La Cage aux Folles. Gavin was also seen on the West End in Mary Poppins, Hair, and The Book of Mormon, for which he received an Olivier Award for originating the role of Elder Price. Later in January, he will be seen in the West End production of Waitress.

The track’s musical direction and arrangements were led by Nadia DiGiallonardo, who is also featured in the video playing piano.  She is joined by her fellow members of the band from Waitress on Broadway: Yair Evnine on the cello, Lee Nadel on the bass and Meghan Toohey on the guitar. Jamie Eblen also joins them on the drums.

Rodgers & Hammerstein’s The King And I originally opened on Broadway in March 1951 at the St. James Theatre. This musical, which was the fifth collaboration between Richard Rodgers and Oscar Hammerstein II, went on to win five Tony Awards. The show was revived four more times on Broadway, most recently in 2015 at Lincoln Center Theater. That production was the winner of four 2015 Tony Awards including Best Revival of a Musical.

Most recently Ali Stroker and Rebecca Naomi Jones, from the current revival of Oklahoma!, released two special R&H Goes Pop! Studio Sessions featuring “The Surrey with the Fringe on Top” and “Lonely Room.”