Richard Maltby Jr. Talks To T2C About Closer Than Ever

Richard Maltby Jr. Talks To T2C About Closer Than Ever

Closer Than Ever with words by Richard Maltby, Jr. and music by David Shire was first given at the nightclub Eighty-Eights and was called Next Time Now! A much expanded production retitled Closer Than Ever was co-directed by Maltby began its life at the Williamstown Theatre Festival in Massachusetts during the Summer of 1989. It came to New York the following Fall, opening in previews on 17 October 1989, and officially opening on 6 November 1989 at the off-Broadway Cherry Lane Theatre, where it ran for 312 performances. The cast included Brent Barrett, Sally Mayes, Richard Muenz, and Lynne Wintersteller. 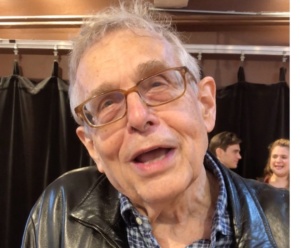 Closer Than Ever features self-contained songs which deal with such diverse topics as security, aging, mid-life crisis, second marriages, working couples, and unrequited love. Maltby and Shire based many of the songs on real-life experiences of their friends, or stories told to them. The revue won the Outer Critics Circle Award for Best Off-Broadway Musical and Maltby, Shire, and Wintersteller all garnered Drama Desk Award nominations for their respective contributions. The original New York cast recorded an album of the revue for RCA Victor (RCA Victor 60399).

On Monday, October 22 at The Edison Ballroom at the Abingdon Theatre Company Gala a production of Closer Than Ever launches again for one night only. T2c talked to Richard Maltby Jr. to learn more about the show and his relationship to the material.