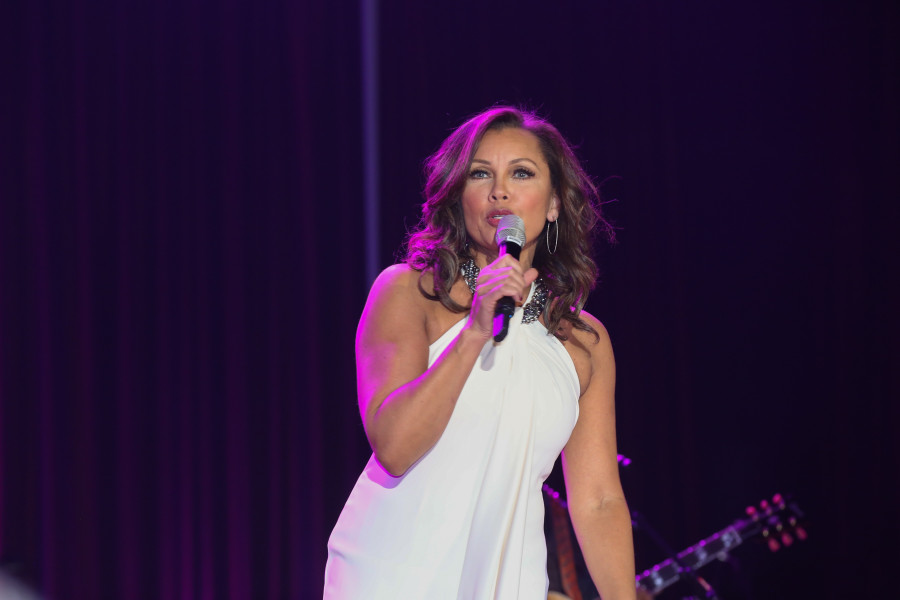 Ring Them Bells For The Salvation Army

Ring Them Bells For The Salvation Army 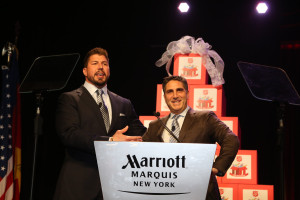 In attending the Salvation Army gala to raise money for families and people in need, I was struck with just how amazing and selfless this group is. Last year they helped over 30 million people and raised more than $450,000 in support. The Gala also served as the moment to announce that, beginning in 2016, the Red Box Campaign would no longer be just a holiday campaign but a year-‘round effort, serving the many diverse populations assisted by The Salvation Army throughout the Greater New York area. 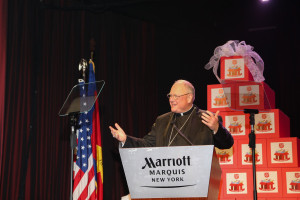 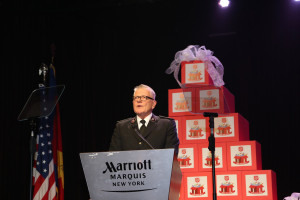 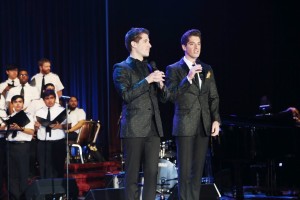 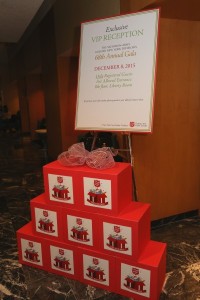 I heard a lot about this non profit organization that is humble, kind, giving and joyful. Emphasizing the themes of family  The Salvation Army’s New York Division’s 68th Annual Gala  emphasis was on the Red Box Campaign,. Held at the New York Marriott Marquis and hosted by former New York Giants offensive lineman David Diehl and broadcaster Bob Papa, the evening featured a Musical Invocation (“The Prayer”) by singers Will & Anthony; a Christmas Message delivered by His Eminence, Timothy Cardinal Dolan, Archbishop of New York; performances by The Army’s Greater New York Youth Band & Chorus; and a concert featuring screen, stage, and recording star Vanessa Williams. 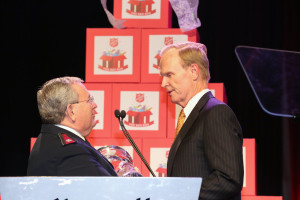 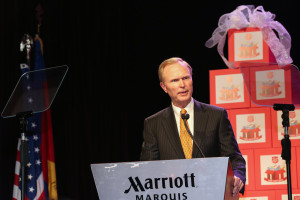 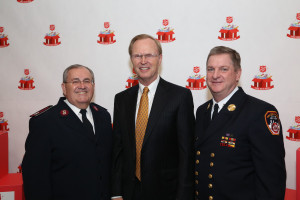 Lt. Colonel Guy D. Klemanski, Divisional Commander of The Salvation Army Greater New York Division, presented The Army’s highest honor, The Pinnacle of Achievement Award, to the Wellington & Ann Mara family. Owners of New York Giants, the Maras have worked closely with The Salvation Army over the years and been a strong philanthropic force in the community. “The Maras represent The New York Giants, of course, but they also have giant hearts, which they use to give back, creating immense positive changes for those around them,” said Lt. Colonel Klemanski.  John Mara, President and CEO of the Giants, and eldest son of the late Wellington and Ann, accepted the award on behalf of the family. 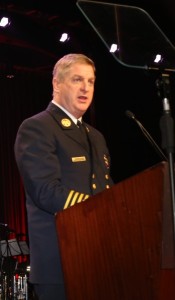 The evening’s other honoree, The Fire Department, City of New York — like The Salvation Army celebrating its 150th anniversary in 2015 — was presented with The Army’s Community Service Award. Accepting the award on behalf of the FDNY was James E. Leonard, Chief of Department.

The Gala program concluded with an uplifting concert by Ms. Williams, followed by the benediction by Alan Gover, a member of The Salvation Army’s Greater New York Advisory Board.

Asking for help and even receiving help is hard. A family, accustomed to working hard and proud, suddenly finding themselves at the end of their resources because of a job loss or illness, sometimes has no where to turn. A man or woman struggling with addiction, stuck in a hopeless cycle of failed attempts to quit, ashamed to ask for help and afraid of being judged, gets help here. Abused children whose abuser is the parent need some place to turn. Here they find some one to trust. The Salvation Army meets every person in need with acceptance and open arms. Their message is one of unconditional love. “Whoever you are, whatever your need, you are safe here; you are accepted here; you will find true help here.” They are embracing, not manipulating and they have been doing this for 150 years.

They raised over 4 million last year and gave away over 3 million. The other 1 million has been rolled over to the next year.

The Salvation Army offers a a tangible way to help.