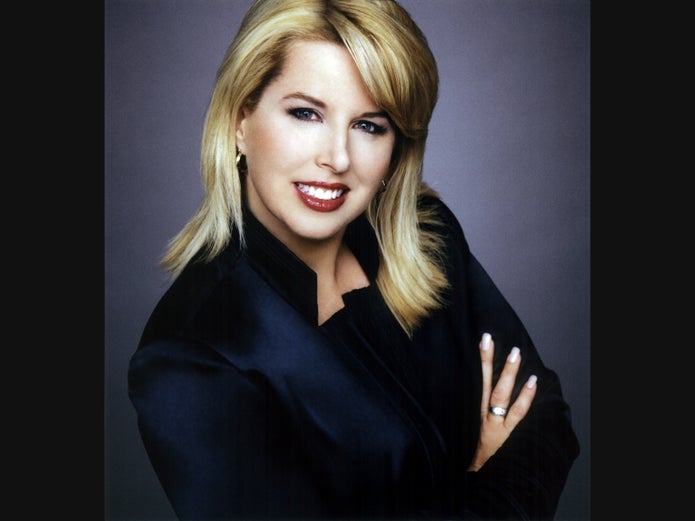 Rita Cosby is well known to television viewers for her warm and engaging personality interviewing  major players on the world stage.She has interviewed over twenty world leaders, conducting historic back-to-back interviews with Palestinian leader Yasser Arafatand Israeli Prime Minister Ariel Sharon. She was the first reporter to see prisoners held at Guantanamo Bay. She also interviewed Serbian president Slobodan Milošević who called her from his prison cell at the Hague. Years earlier, while broadcasting live from Belgrade during the NATO bombing, she broke the news that three American POWs were going to be released.Rita has always donated her time and talent   to make this world a better place.

She has taken up another worthy cause as Long Island University (LIU) announced Rita Cosby, the renowned Emmy-winning TV host, veteran correspondent and best-selling author, as the chair of its Global Service Institute. Cosby will lead the Institute’s game-changing and innovative educational initiatives to inspire a timely commitment toward volunteerism and elevate the importance and power of service. During this unprecedented moment with the economic devastation caused by the virus, the need for volunteers to assist drastically depleted nonprofit organizations has never been greater.

Through high-level engagement programs, conferences, internships, scholarships and fellowships, the Institute will instill this character-building theme, preparing and inspiring students and others to help find solutions to complex worldwide challenges and seek personal or professional lives dedicated to service. The Institute upholds a nonpartisan mission to foster crucial dialogue on worldwide issues, while positioning students to change the world with new models of innovation and social entrepreneurship.

“The Global Service Institute established LIU as a premier destination for developing values-driven global citizens who will impact their communities,” said Dr. Kimberly R. Cline, President of Long Island University. “With her global experience exploring critical headlines and lifelong dedication to service, Rita Cosby is an exemplary leader who will elevate the Institute to even higher levels.”

Suzanna BowlingAugust 6, 2022
Read More
Scroll for more
Tap
No Mask… Expect a $50 fine
What To Watch September 14th To Take Away The Blues