Roaring Loudly for Benjamin Scheuer and The Lion 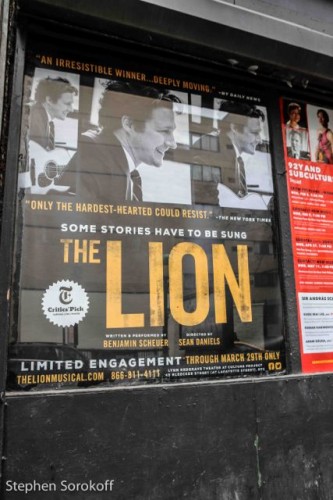 Roaring Loudly for Benjamin Scheuer and The Lion

If you are feeling sorry for yourself or need a boost into the world of hope, head on down to Lynn Redgrave Theatre at Culture Project 45 Bleecker Street at Lafayette Street and see the incredible one man musical The Lion. 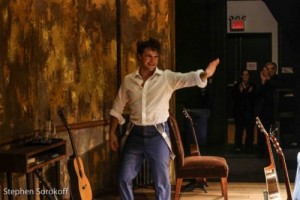 Benjamin Scheuer, takes you on a musical journey beginning when his father built him a toy banjo made from a cookie tin, some rubber bands and an old necktie. He states; “In another life, he would have been a musician,” but his father, went the way of academics and was a lawyer and a mathematician. The relationship between father and son crumbles, as the son is more inclined to music than math. A form of cruelty begins when at age 10; his father for no apparent reason, in front of his friend stomps and shatters his water gun. The young Scheuer states; “I ask my friend, what do you do when your dad breaks your toys?” When he turns 14, his father’s cruelty and rage has turned Scheuer’s worshipful into a calculated resentment. An argument ensues and before it can be solved, his father dies, he is moved to London, moves back to New York, finds and loses love, forgives, and then he has to deal with something that could have claimed everything, as the circle of life is brought back, though not as perfect. 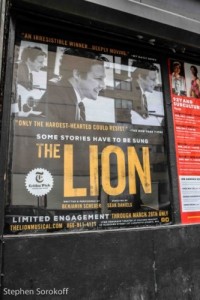 We follow this 70-minute autobiography, every musical moment of it, with every fiber of our being. We love, feel betrayed, hurt and are there with Mr. Scheuer every turbulent minute. We leave knowing, just apiece of this resilient human being. Mr. Scheuer plays several guitars including an acoustic and his songs are his therapy. The best part is we don’t even mind that we have listened in, because they are universal in thought. Mr. Scheuer plays guitar and his songs are like a cross between James Taylor, Joni Mitchell, Paul Simon and Eric Clapton only better. I would have bought an album right then and there if they had been available and am now a huge fan!

I walked into The Lion with a splitting headache and left cured by a show that healed me with its redemption and it’s spirit of how we can be broken but also healed. Now that is fabulous theatre! Run do not walk to see The Lion and Benjamin Scheuer.

Stephen SorokoffJuly 1, 2022
Read More
Hamilton Celebrates With a Stint on CBS SUNDAY MORNING and Several Ways to Buy Tickets
Excitement in the Air – Getting Ready for Oscars