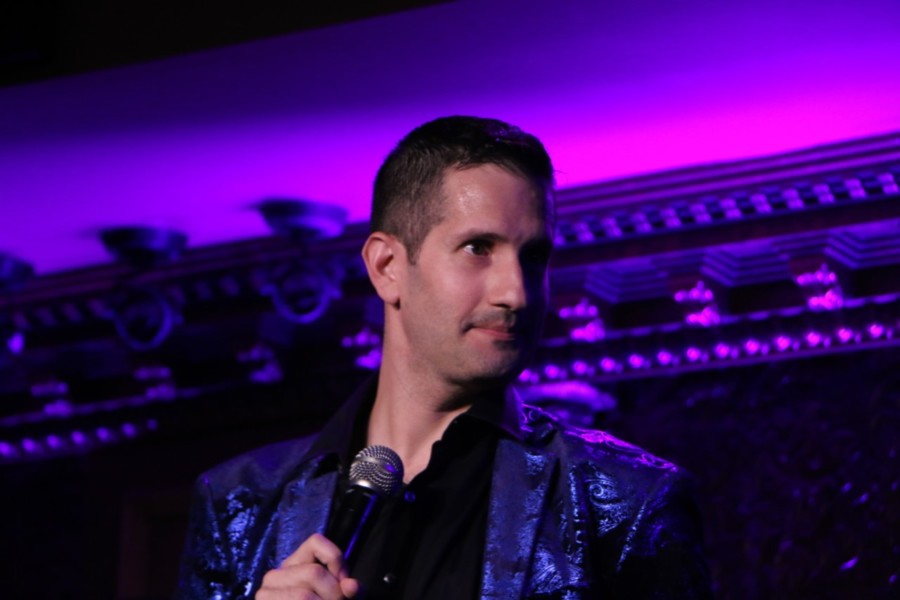 Rob Kevlin brought his show Silver Screen Serenade to Feinstein’s/ 54 Below. His show pays tribute to the greatest movie songs of all time including “Besame Mucho” from Follow The Boys, “Sway” from The Wedding Date, “Under The Sea” from Disney’s The Little Mermaid, “The Prayer” from Quest For Camelot, “This Is Me” from The Greatest Showman, “Crazy Little Thing Called Love” from Bohemian Rhapsody, “Unchained Melody” from Ghost, and so many more.

He is repped by concert manager Lee Shapiro, who at the age of 19, joined Frankie Valli as one of the legendary Four Seasons. As keyboardist/ musical director, Lee toured the world performing classic hits like “Can’t Take My Eyes Off You”, “Sherry”, and “Big Girls Don’t Cry”. Lee formed Lee Shapiro Music, a creative company providing music for advertising and the media. He is also the manager of The Hit Men.

Kevlin’s musical director and pianist Yaron Gershovsky, a world-renowned pianist/keyboardist, arranger, composer and producer. Yaron was the musical director and pianist/keyboardist for the world-renowned vocal group The Manhattan Transfer. He was the Vocal Arranger for the hit Broadway Musical City of Angels, as well as numerous other shows, workshops and productions.

On drums was the fabulous Clint de Ganon and on bass Boris Kozlov.

Kevlin certainly knows how to pick the best.