Robert Creighton Brings Some Jazz to Feinstein’s/54 Below, Before He Stars in Disney’s Frozen

Robert Creighton Brings Some Jazz to Feinstein’s/54 Below, Before He Stars in Disney’s Frozen

Broadway quadruple threat, Robert Creighton, returns to Feinstein’s/54 Below for the third time since his debut here which garnered him the 2014 Bistro Award for Outstanding Entertainer. This time it’s a concert to celebrate the season: Robert Creighton: Holiday Happy! 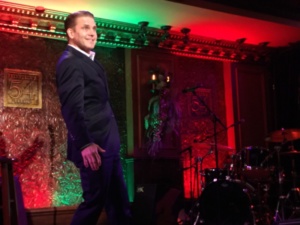 Recently seen as the title character in the hit off-Broadway show Cagney at The Westside Theatre which he co-authored, Robert will soon be returning to Broadway as the Duke of Weselton in Disney Theatrical’s Frozen at the St James Theater. 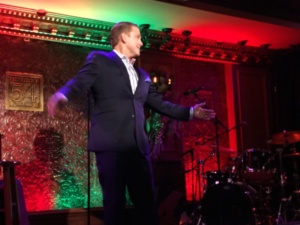 Musical director Matt Perri (Bandstand, Cagney) leads a swingin’ trio through the set. The evening will be enhanced by Audrey Bennett, Mattea Conforti, Brooklyn Nelson, and Ayla Schwartz, the four rising stars who play young Anna and Elsa in the upcoming Disney’s Frozen.

Hear Robert sing a original song and a jazzy version of “Jingle Bells”. In the show Robert sings his favorite holiday tunes, shares some original music and stories for a perfect night to spark the joyful spirit of the season.