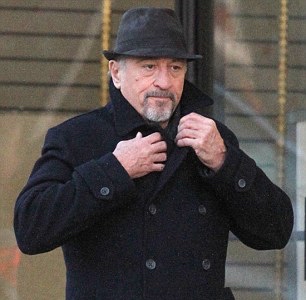 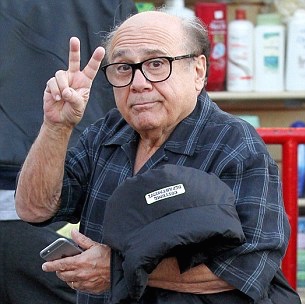 Robert De Niro and Danny Devito are shooting The Comedian, in Queens. Robert, 72, and Danny, 71, are being directed by  Oscar-winner Taylor Hackford. The movie also stars Edie Falco.

De Niro will play a toxic insult comic on the order of a Don Rickles (with whom De Niro starred in Casino). It will be De Niro’s second time working the crowd for laughs, after he played the iconic stalker/aspiring comedian Rupert Pupkin in The King Of Comedy. Jackie falls into an unexpected friendship with a younger woman, Harmony (Leslie Mann), at a wedding. The project has been one both De Niro and Art Linson the writer, have been trying to pull together for years, and the stand-up material was written by Jeffrey Ross, a staple of Friars and celebrity roasts on Comedy Central who usually outshines the rest of the dais. Linson wrote the Hollywood-centric pic What Just Happened?, which starred De Niro as a harried producer.