Robert Miller And The Summer Of Love 2020 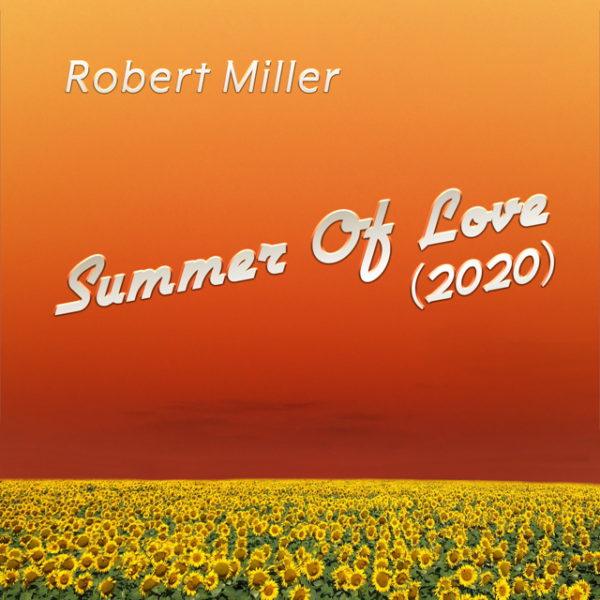 Robert Miller And The Summer Of Love 2020

Erstwhile leader and superb-bassist of Project Grand Slam, Robert Miller will issue his first-ever solo album in January entitled Summer Of Love 2020. Recorded during the pandemic, we exclusively spoke to Robert via ZOOM about the new work:

Q: Tell us about Summer Of Love (2020) the new album; your first solo album, correct?

A: Summer Of Love (2020) started out to be a new Project Grand Slam album. I began writing songs last spring in the midst of the pandemic. But I quickly realized that the songs were very personal, and I felt that I needed to sing them. So, the album morphed into a Robert Miller album and it happens to be my debut solo album although I utilized most of my PGS band mates.

Summer was recorded completely differently: track by track and remotely due to the pandemic. Of course, it was impossible to all go into the studio together, and anyway my musicians were scattered around the country. But recording like this was very old school.

I began recording the songs on my iPhone! I had no home recording studio. So, I would record a guide track for each song on the phone and then email it to my engineer, who miraculously would bring the sound up to release quality. We next added drums and then I asked each of my other musicians to record their part and email it back. We slowly assembled each song like a Frankenstein! We then edited all the ingredients together.

A: You bet! It’s got that swampy, Creedence kind of feel to it that I just love, mainly courtesy of my terrific guitarist, Tristan Clark, who somehow channeled his inner John Fogarty.

Q:  While in lockdown, what else were you up to?

A: Luckily, we recorded and finished the most recent PGS album, East Side Sessions, just before the world closed down. And it received great reviews. We’re fortunate to have a group of professional music reviewers who have followed PGS through all of our albums. They know my music almost better than I do by now. And they’ve consistently boosted me and the band.

After the pandemic hit, like all musicians, all of our upcoming performances were canceled. These included festivals and a European tour. So, we couldn’t play live.  But the one thing we could do was to make videos of songs from the new album, and we did four.

The first, “It Is A Miracle To Me”, is an upbeat, joyous song that I felt was a kind of a musical antidote to the virus. The second, “I’m Falling Off Of The World”, is an upbeat but lyrically darker song about how all the troubles in the world affect us. Both videos were remote performance videos. Both did well. “Falling” has over 350,000 YouTube views as of recently.

The next video, “The Pardners”, is my Cowboy jazz song. I grew up watching Westerns on TV and this song has that western vibe and all the sound effects: gun shots, horses, whips. The song is about two outlaw partners, one cheats the other, and then the cheated partner exacts revenge. For the video we somehow located a 1968 Italian spaghetti western movie that shockingly fit perfectly with the song.

Last, we did an animated video for “I Wanna Be Your Girl”, my version of an early Beatles song, “I Wanna Be Your Man” (sung by Ringo). Every album I take an iconic ‘60s song and re imagine it in the PGS style. I’ve done that with Hendrix, Cream, The Who and The Kinks. For the video we threw in a bunch of “Yellow Submarine” references. People loved it.

Q:  Project Grand Slam was always working; here and in Europe … do you think that will all resume in time?

A: At some point we will perform live again. I’m hoping by next summer. Fingers crossed.

Q: I came down to see a performance at The Groove in NYC and the band just had a great groove (!!!) playing that night. You must feel that onstage there?

A: The band is tight as can be. We have a great lineup including a wonderful female singer named Marilyn Castillo. Plus guitar, bass, drums, perc, and two keys. I love performing with the band. They’re all great musicians and we constantly reach new heights. It’s magical.

The Groove in Greenwich Village is kind of like our home court. It’s small, intimate, has a great sound, and the crowd there loves us. I look forward to playing there again. I also look forward to performing at festivals and major venues again – both in the U.S. and abroad.

Q: Of all the acts you’ve opened for, who was the most interesting … and, why?

A: When we started out we opened for a number of artists: Edgar Winter, Blues Traveler, Boney James, Scott Weiland and Mindi Abair. We also did an after-show for YES.

Being an opening act is very challenging. The audience is there to see the headliner. They have no idea who or what the opening act is. You’re basically borrowing the headliner’s audience for about 30 minutes, and you have to try and win them over. I’m pleased to say that in every instance we got a standing ovation from the audience, and they even came out to meet and greet us and buy our CDs in the lobby between shows.

All the artists we opened for are great. I could never choose one over the others!

Q: Which was your favorite festival?

A: We’ve played a number of festivals in the U.S., including in Alabama, Pennsylvania, New Jersey, New York and Michigan, and also abroad.

They were all great, but my favorite so far is the Nisville Jazz Festival in Serbia which we played in 2018. Picture a medieval castle setting, and 10,000+ screaming fans who barely spoke English. And we got a standing ovation. It just doesn’t get any better. Plus, we got an excellent live recording too from them which we turned into our album Greetings From Serbia. Nisville was one of the festivals that we were scheduled to play in 2020 but of course it was canceled.

Q:  I’ve got to say, the title of the album is so positive … especially in this horrendous year! Care to comment?

A: The pandemic defined Summer Of Love (2020). All the songs I wrote either speak to the pain and confusion of the pandemic, or are about love. It’s my belief that love (and a vaccine) are what will get us through this terrible time.

I called it Summer Of Love because the vibe of the album is like an updated version of the peace and love which came to signify the original summer of love in 1967. And people get it.

A: The release date for the album is January 29, 2021. This gives us enough time to release a few singles from the album so people can familiarize themselves with it. We’ve released two singles so far, “Aches And Pains” and “You Can’t Tell The Truth”. We will probably release one or two more. Plus, we put together a one-minute promo reel that provides snippets of all the songs. Here’s the link:

Q: How can people learn more about you and Project Grand Slam, and buy Summer Of Love?

A: Just go to our website, www.projectgrandslam.com, which is the mothership for all things PGS. And if you become a subscriber to our Newsletter you will get a free digital album as a token of our appreciation. You can listen to Summer Of Love (2020) and pre-order the album at our store, www.thePGSstore.com. Of course, you can also listen to and pick up all our other music and merchandise there.