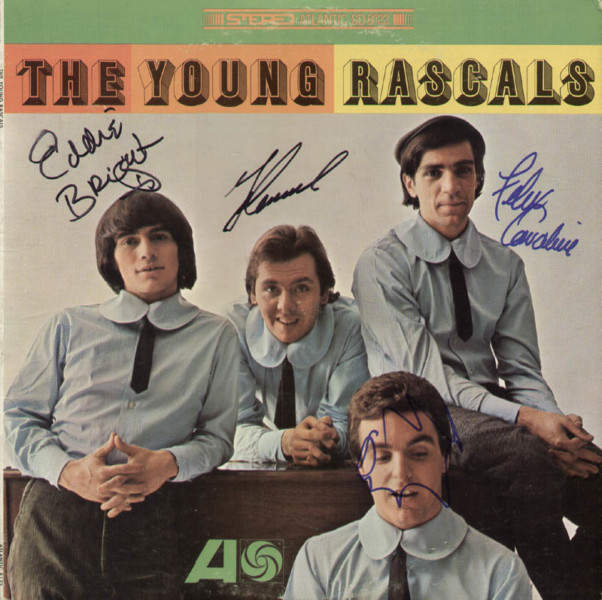 Eddie Brigati: After The Rascals is a unique, intimate, cabaret styled show which shines the spotlight directly on the charismatic Brigati. In addition to performing classic Rascals hits (which he co-wrote), Brigati delivers his renditions of songs from the Great American Songbook, Broadway, the Brill Building era and more backed by a 5-piece band, as well as sharing stories from his more than 50-year career.  A member of the Rock and Roll Hall of Fame, the Songwriters Hall of Fame, and the Vocal Group Hall of Fame, New Jersey native Eddie Brigati’s professional singing career began at the age of 15 when his brother David invited him to sing backing vocals on the top twenty hit “What Kind of Love is This?” for Joey Dee and the Starliters (of “Peppermint Twist” fame).

In 2012, life-long Rascals fan Steven Van Zandt (Bruce Springsteen and the E Street Band/The Sopranos) would reunite the band for The Rascals: Once Upon A Dream. This critically-acclaimed theatrical concert event (written, directed and produced by the Van Zandts) toured internationally including a run on Broadway and a performance on the 2013 Tony Awards on CBS-TV.

The Cutting Room is New York City’s premier live music venue that carries the tradition of extraordinary performances with a fresh new take on what a rock club should be like. Since Steve Walter and Chris Noth founded The Cutting Room in 1999, the two have welcomed some of the world’s biggest stars to their stage, including Lady Gaga, John Mayer, Sting, Dave Chappelle, Sheryl Crow and Billy Joel.  For more information, visit www.thecuttingroomnyc.com