Rock of Ages Is Back With High Energy Fun

Rock of Ages Is Back With High Energy Fun

Yes, Rock of Ages is back in at New World Stages, 10 years after it opened on Broadway. In a limited Off-Broadway engagement. This uber talented version is energetic, lewd, “PC” incorrect and wildly funny. Classic rock hits from the ‘80s, are infused through out the piece and you will be surprised how many 20 year olds are singing them out loud, along with the cast.

Set on LA’s Sunset Strip during the Reagan era, strip and rock clubs line the boulevard. Wine coolers, shredded clothing, bare stomachs and sleeping with rock stars are a thing, as young wanna be’s are a dime a dozen. This is the story of Drew (CJ Eldred) and Sherrie (Kirsten Scott), as well as all those other dreamers. After all to be successful, all musicals “need is a love story”.

Lonny (a wonderful Justin Columbo who is the understudy. The role is normally played by Michael Jarvis.), the assistant manager of the Bourbon Room, is our guide to the era. Can the bar be saved from a German developer (Tom Galantich) and a greedy mayor (Mekhai Lee)? Could his flamboyant son (Dane Biren) and the mayor’s nerdy secretary (a fabulous Tiffany Engen) save the day? Will Lonny and the bar’s owner Dennis (Matt Ban) profess their love? Will the farewell concert for Arsenal and their soon to be burned-out, fading front man Stacee Jaxx (P.J. Griffith) go on? The stellar live band of musical director Jacob Yates on keyboard, Aurelien Budynek and Tommy Kessler on guitar, Winston Roye on bass, and Jon Weber on drums, make up Arsenal and keep this music high octane.

The cast has some hard core rock voices, that rip through the air with a strong emotional connection. CJ Eldred and Kirsten Scott bring bring us heart and soul, along with the innocents of that time. P.J. Griffith brings the decadent fading rocker Stacee Jaxx, to life. His sexual rampage on the young, seems less disgusting and more humorous, in his wide eyed oblivion. Also impressive were Teresa Stanley, as the big voiced stripper madame, Dane Biren and Tiffany Engen. To single cast members out is actually hard to do, as this whole team is right on!

Kristin Hanggi, a Tony nominee for the direction of the 2009 Broadway production, has this production on track with the theme’s of “sex, drugs, and rock-and-roll” and now being older, what a troubling time this was. Ms. Hanggi and her cast get the audience involved as they clap, yell, and sing along in an infectious and celebratory way of a time gone by.

The raunchy and tiltilating script by Chris D’Arienzo, is filled with sight gags and self-referencing humor that makes revisiting the 80’s a fun look at what a tasteless era it was. It is always good when we can laugh at ourselves.

The original Broadway design team of Beowulf Boritt (set), Zachary Borovay (projections), Jason Lyons (lighting), Gregory Gale (costumes), Tom Watson (hair and wigs), and Angelina Avallone (make-up) are all back creating the look and feel of an era that has thankfully gone.

If you are looking for a entertaining afternoon or evening of fun Rock of Ages will make you forget the times we live in, as you are time wrapped back to the age of innocents.

What to Watch in The New Year: May 1 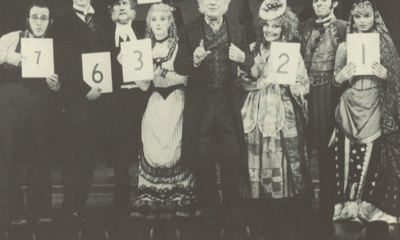 What to Watch in The New Year: April 30

What to Watch in The New Year: April 29 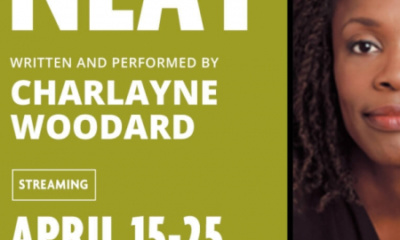 RossApril 28, 2021
Read More
Scroll for more
Tap
When It Happens To You: Authenticity is Always More Powerful
Opening Night of When It Happens to You