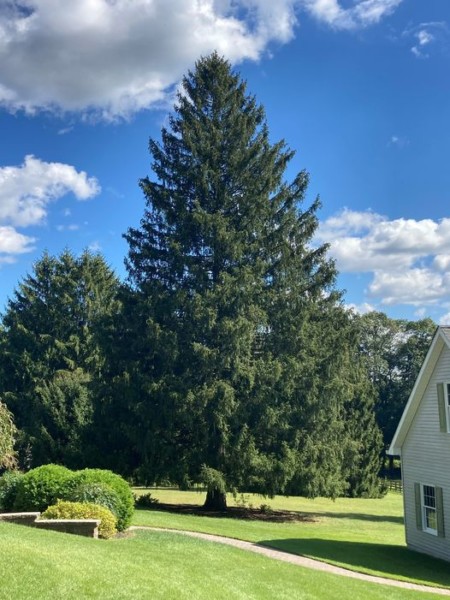 The tree was driven 150 miles on a 115-foot-long tractor trailer.

The official lighting ceremony is set for December 1 and the tree will be wrapped with more than 50,000 multi-colored lights and topped with a 900lbs Swarovski star with 70 spikes and 3 million crystals.

The tree will be on display in Rockefeller Plaza until January 16, 2022.

This year’s tree is the 90th tree featured at Rockefeller Center and it has been a holiday tradition since 1931.

The first tree, which stood at only 20 feet, was a balsam fir that was decorated with paper garlands, a string of cranberries and only a few ornaments.

The first broadcast of the tree lighting was in 1951 and will be featured on TV for the 70th time this year.

The largest tree featured at Rockefeller Center was a 100-foot-tall tree from Killington, Connecticut that was on display for the 1999 holiday season.

In 2017, energy efficient LED lights powered by 100 solar panels were used for the ceremony for the first time in history, according to AccuWeather.