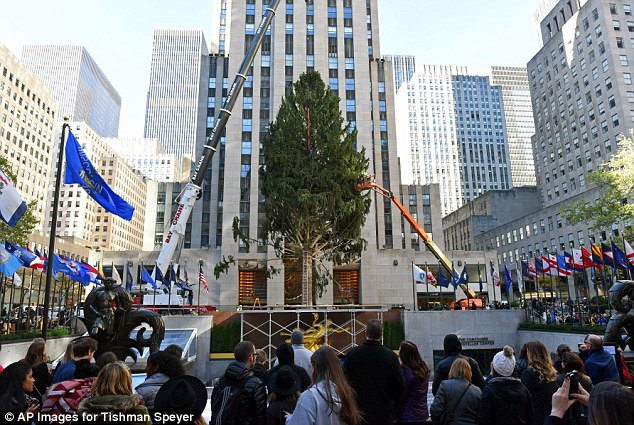 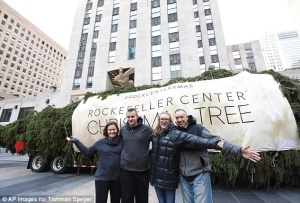 A 94-foot-tall Norway spruce from upstate Oneonta use to be in the backyard of Angie and Graig Eichler. Angie’s family came almost every year to see the Rockefeller Center tree — but she never dreamed it would be theirs. The couple said it was bittersweet to see their tree go, “a pain,” Greg explained, because the roots pushing up from the ground would make mowing the lawn difficult. 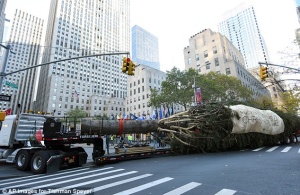 The Christmas tree at Rockefeller Center’s began in 1933, with a tree with 700 lights. This year’s tree will feature more than 50,000 multicolored, LED lights strung with over five miles of wire, according to a spokeswoman for the Rockefeller Center landlord, Tishman Speyer. 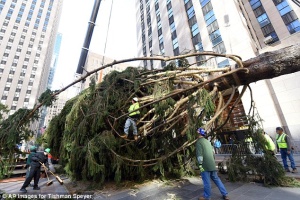 “We drove it down over the last two days, brought it into the city last night and today we’re going to stand it up and start decorating it and get it ready for a tree lighting on Nov. 30,” said Erik Pauze of Bay Shore, Rockefeller Center’s head gardener, who’s worked there for nearly 30 years. Today, a crane, was used to stand up the tree. It took about 30 guys to stand it up and get it straight and secure it. 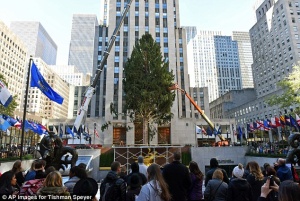 The annual display is expected to draw about 2.5 million spectators and can be viewed by the public through January 7, 2017 when the tree will be prepared to be milled into lumber to be donated to Habitat for Humanity.

The tallest tree installed in Rockefeller Center was in 1999: a 100-footer from Killington, Connecticut.

The tree’s 50,000 lights will be switched on during a November 30 television broadcast. The ceremony will be open to the public on a first-come, first-serve basis.

Countdown to Christmas: A Portal To Speed
Again The Media is lying and adding Corrections