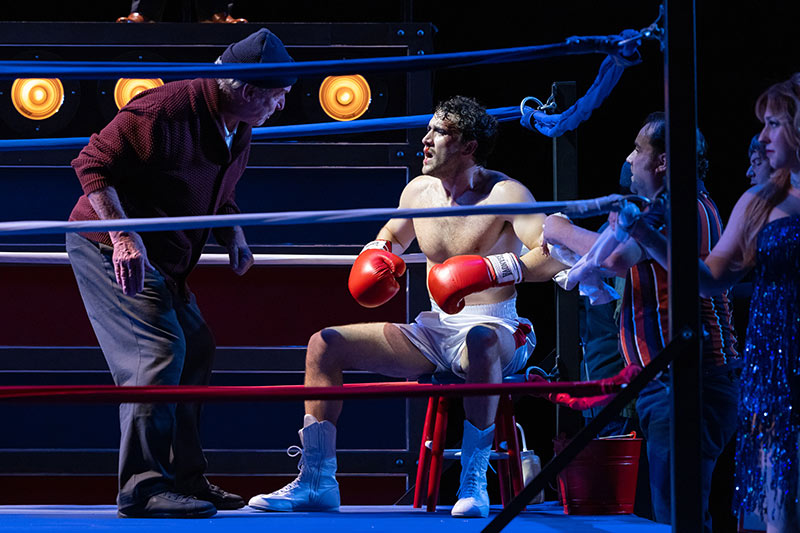 Opening the Walnut Theatre’s 214th season is Lyrnn Ahrens and Stephen Flaherty’s, Rocky, the Musical. Premiering in Germany in 2012, it ran on Broadway in 2014 with a book by Thomas Meehan and Sylvester Stallone. If you’ve never seen the Academy Award-winning picture by Sylvester Stallone, it’s about a small-time Philly boxer, Rocky Balboa, who has a chance to go up against the heavyweight titleholder, Apollo Creed.  It’s the classic tale of David vs. Goliath surrounded by a sweet love story.  The movie was a big hit and a giant crowd pleaser. Unfortunately, though the musical is very close to the source material it does not live up to nor exceed it’s potential. 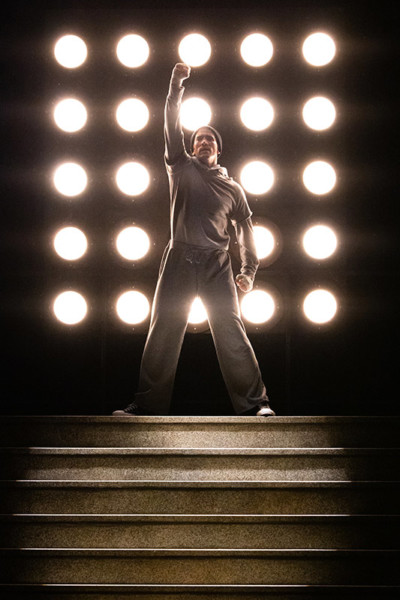 The timbre of the show is very dark and the music, though extremely well- crafted and character driven, never rises to the exhuberance of the two pop songs, “Eye of the Tiger” and “Gonna Fly Now” which are incorporated into Ahrens and Flaherty’s score. That being said, the Walnut has put on a most worthy production with a very talented cast. Matthew Amira (Rocky) does a terrific job as our favorite Philly underdog. Belting out all his ballads with gusto, his acting is sensitive and nuanced as he nails down the character. How could Adrian not fall in love with this Rocky? And Gianna Yanelli is simply adorable as the overly shy Adrian, who finally comes out of her shell at Rocky’s sweet persisitance. The ice-skating scene between these two characters is particularly endearing. 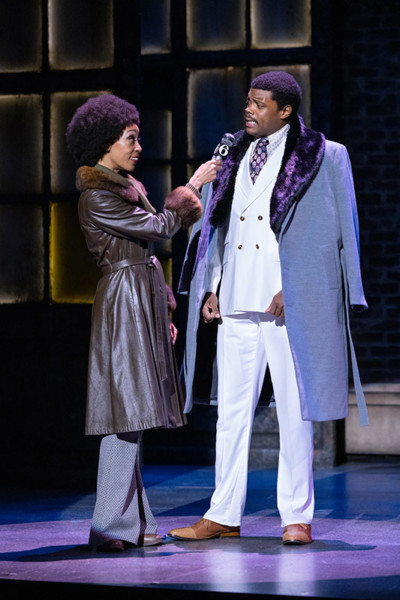 Nichalas L. Parker (Apollo Creed) has the voice and the swagger that puts his signature on his character. Rebecca Robbins (Gloria), Jenny Lee Stern (Angie) and Karissa Harris (Joanne) are wonderful in their number, “Holiday”, one of the highlights. Fran Prisco (Paulie) puts on a little padding and a little bravura as Adrian’s overbearing older brother 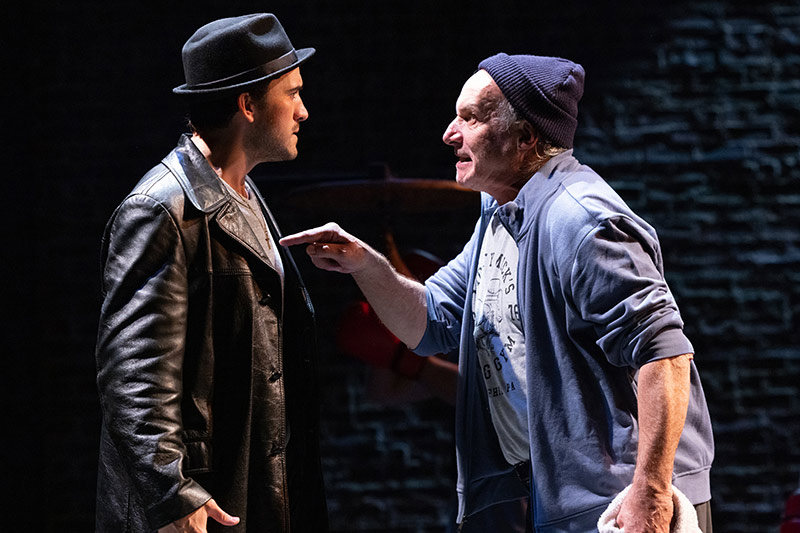 and Bill Van Horn (Mickey) is appropriately crusty as the trainer who never got his shot. The Walnut has a live orchestra that shows off the exciting orchestrations by Stephen Trask and Doug Besterman and Mary Folino’s costumes take us back to 1975. 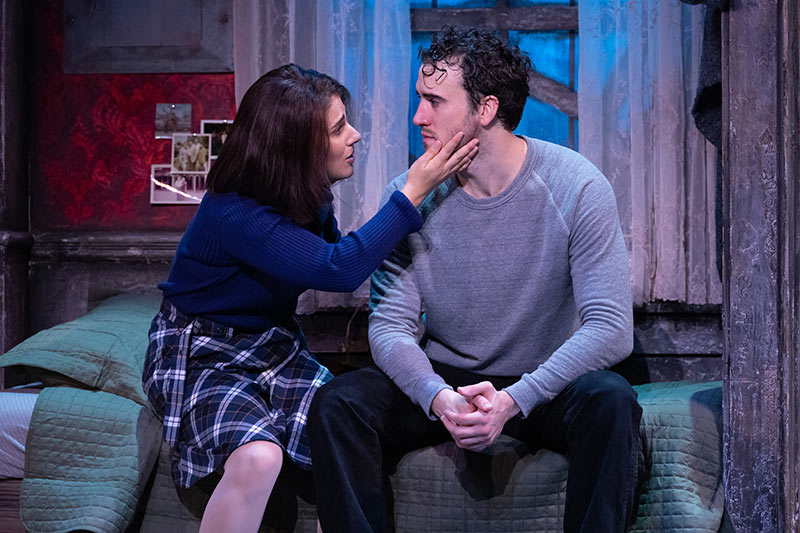 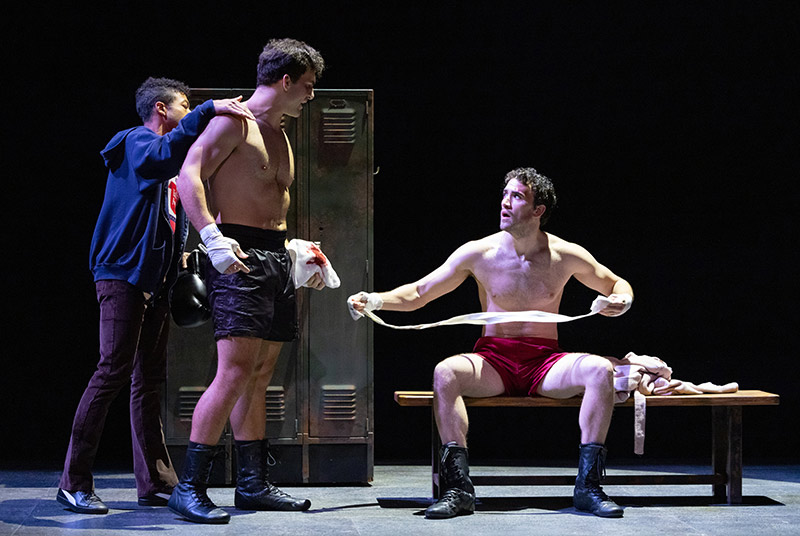 Rocky, the Musical is running through November 6, 2022