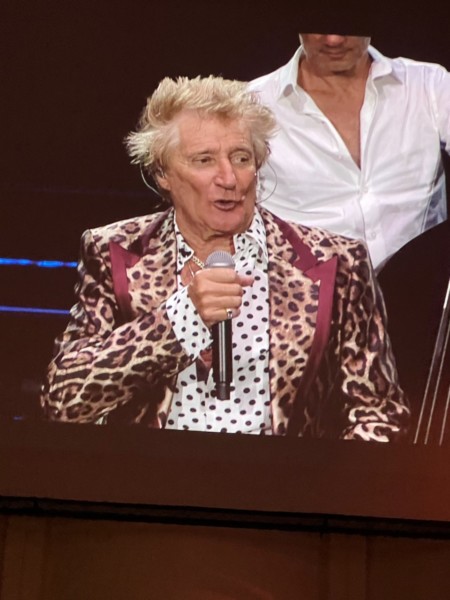 Robert Massimi
Last night at PNC Arts Center in Holmdel, N.J., the ultimate showman put on a show that was more Las Vegas than the old rock and roll shows he performed in the past. Born Roderick David Stewart in London, England, he is known for his raspy singing voice 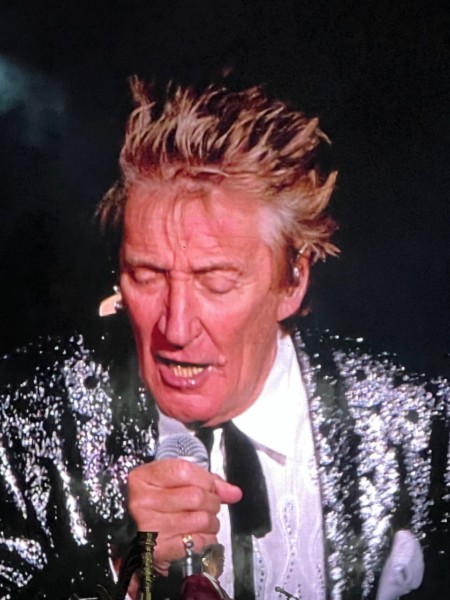 .Stewart is among the best-selling music artist of all time, having sold over 250 million records worldwide. With his playful and marlaceous personality, Stewart is a huge fan favorite. Fronted by five beautiful female guitarists, it was this song that went somewhat retro. Rod Stewart has many songs in his repertoire, however, this evening he played seven songs that were not his. He did play many fan favorites such as :”You wear It Well’ “Ooh La LA”, an excellent  “Some Guys Have All the Luck”, “Maggie May”, “Do Ya Think I’m Sexy”, “Rhythm of My Heart” and “Hot Legs”. One of the outside songs that the band performed, “Call Me”, a Blondie cover was well done by the female lead and two female backing singers. This song resonated into the New Jersey night; powerful and recondite. 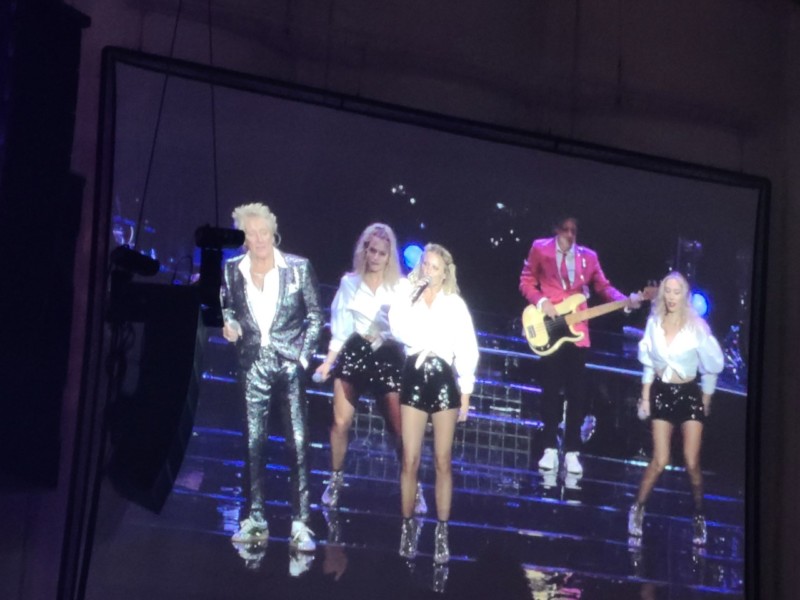 With a huge band of singers, dancers, violinists, drummers and guitarists, Stewart at times seemed tired up on stage. While singing and dancing he was good, when leaving the stage many times for costume changes and breaks he seemed weary on his feet. In the several times I have seen him in concert, Rod Stewart  never really pushes his voice when he sings; he does just enough to satisfy the audience. Where Stewart excels is in the performance; always big, always a showman. Since 1980, I have been seeing concerts here, first the N.J. Art Center, then other name changes and now the PNC , with the exception of Bob Seager and Santana, I have never seen a larger crowd at this venue. Strong voice or not, Rod Stewart is a fan favorite across many generations. The concert made for a wonderful evening as for most of the night the people stood and danced and sung along with him. 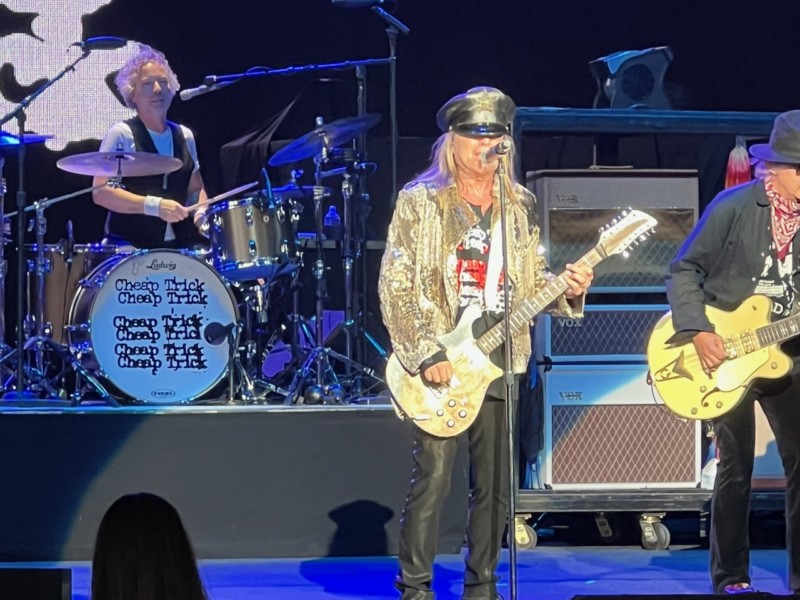 “Cheap Trick” warmed up the night. The evenings first act was Cheap Trick; in the past I have enjoyed seeing this band in concert. Arguably one of the best American bands of all time, however last night was a disaster. The band had too many sound speakers which gave an overdub effect and a bad reverb sound. Flat and lethargic, the band went through the motions with their big hits “Dream Police”, Surrender” and “Goodnight”. The only two songs out of the thirteen that they played well  were: “The Flame” and “I Want You to Want Me”. Cheap Trick gave the audience an hour of bad sound and bad effort.
Related ItemsCheap TrickConcertsNewPNC Arts CenterRobert MassimiRod Stewart
Music