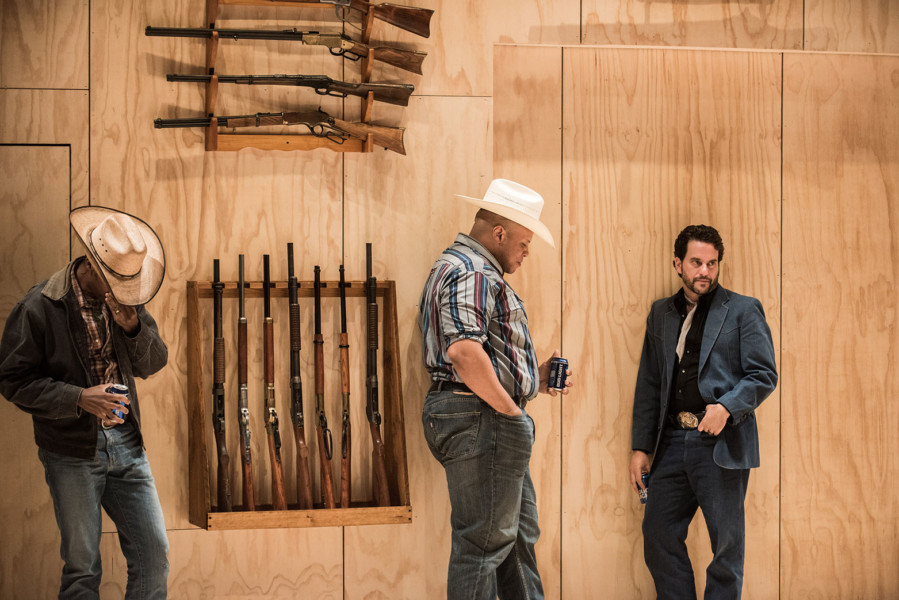 Producer Eva Price announced today at the 2019 Sundance Film Festival in Park City, Utah, that Rodgers and Hammerstein’s Oklahoma!, will become the first Broadway show to join the entertainment industry’s Gun Neutral initiative. Gun Neutral is a new, collaborative effort to explore ways entertainment companies, individual productions and storytellers can help solve the gun violence that claims over 100 lives every day in America.

For every visible gun that is seen on stage in Oklahoma!, the production will make a donation to the Gun Neutral 501c3 for the benefit of organizations working to destroy illegal firearms that should be out of circulation. Gun Neutral will also use the funds to make grants to organizations who provide arts and STEM (science, technology, engineering, math) programming to youth in underserved areas, and particularly those impacted by chronic gun violence.

Gun Neutral launched in October of 2018 when Level Forward announced the initiative and their company-wide commitment to it. The non-partisan initiative and accompanying working group is focused on preserving the authenticity and artistic freedom of storytellers, while increasing awareness and promoting social responsibility – regardless of individual politics. Gun Neutral will also be providing the results of pre and post-exposure research to storytellers and is working with the Annenberg Public Policy Center so that writers, directors and producers can better understand the consequences of their creative choices.

Price officially made the announcement today at a Sundance event titled: “See Change: The Call for Gun Neutral Entertainment” which addressed ways to connect and leverage the power of entertainment, applying it more directly to gun safety and saving lives. The event included remarks by Abigail E. Disney, Chair of Level Forward, and Director of the film Armor of Light, and performances by Marjory Stoneman Douglas student Sawyer Garity & Andrea Pena singing “SHINE”, the song they wrote in the wake of the Parkland shooting, as well as fellow MSD student and spoken word poet Samantha Fuentes.

“Gun Neutral is a collective acknowledgement the creative community can and will do more, that we need a shift on this issue, and that the movement must be unshackled from politics to succeed. As we increase our understanding of the consequences portrayals of gun violence promote on screens and stage, we may re-think them. We know we instigate cultural shifts in our work. Now we will start to account for that,” said Level Forward in a statement.

“We are honored and proud that Oklahoma! will be leading the way on Broadway by partnering with the Gun Neutral Initiative,” Price said. “Just because a particular story calls for the presence of a particular weapon, that doesn’t mean that we have to remain complacent in America’s gun violence epidemic. Helping to destroy firearms that shouldn’t be in circulation is both a privilege and a responsibility.”

Rodgers and Hammerstein’s Oklahoma!, which had a critically acclaimed, sold-out run at St. Ann’s Warehouse last Fall (September 27 – November 11, 2018), will begin performances at Broadway’s Circle in the Square Theatre (1633 Broadway). on Tuesday, March 19, 2019, with an official opening on Sunday, April 7, 2019. It will play a limited engagement through Sunday, September 1, 2019.

Seventy-five years after Rodgers & Hammerstein reinvented the American musical, this is Oklahoma! as you’ve never seen or heard it before, re-orchestrated and reimagined for the 21st century.

Oklahoma! features music by Richard Rodgers, a book and lyrics by Oscar Hammerstein II, based on the play Green Grow the Lilacs by Lynn Riggs with original choreography by Agnes de Mille.