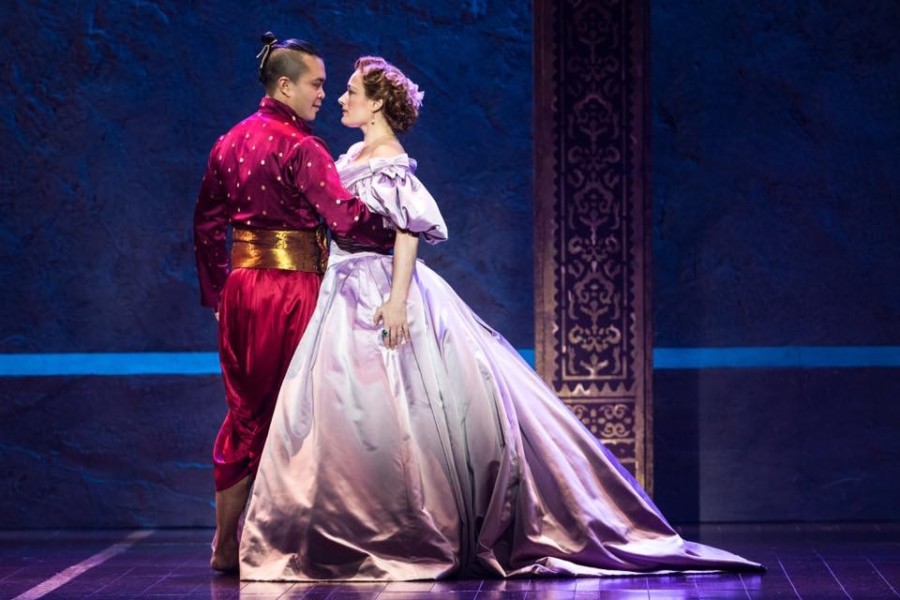 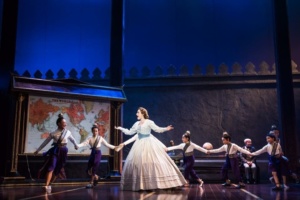 Docked for only a few brief weeks, the opulent and regal revival of Rodgers & Hammerstein’s The King and I’s national tour descended on the Windy City just over a year since the Lyric Opera mounted the same material. Forgive the slight, but this version is simply superior in every way. The tour brought to life Bart Sher’s 2015 Lincoln Center Tony Award-winning Best Revival of a Musical. The sweeping and epic score expertly sung by this talented and diverse cast, adorned in Catherine Zuber’s opulent, Tony Award-winning costumes and Tom Watson’s winning wig and hair design, and staged against Michael Yeargan’s dynamic and ubiquitous set pieces, this King is a royal treat for all. Clocking in at just under three hours, the story’s pace thankfully never dragged. Originally staged in 1951 and mounted on Broadway four more times, Sher’s version featured a feisty feminist heroine, existing decades before bras were being burned for equality. Bold and breathtaking from start to finish, with formidable talent both behind the scenes as well as on stage. “Getting to Know” this enchanting production is certainly a summertime must. 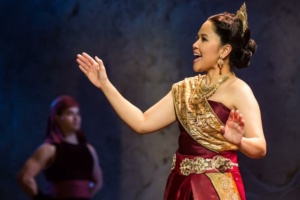 Loosely based on a true story, The King and I, spun a tale of cross-cultural romance against political intrigue. The King of Siam (Jose Llana) portrayed as a complex leader, more than just a mere majesty. While the western world thought him a dictator at best, savage at worst, here he is gentile and domineering. His most chauvinistic and overbearing  moments quickly descended into intentionally inspired audience laughter. Brought to Siam to educate his brood of children, proper British school teacher, Anna Leonowens (Laura Michelle Kelly) proved a combination of beauty and head-strong intelligence. Her apprehensive nature displayed early on during “I Whistle a Happy Tune,” sung here to inspire self-confidence instead of simple pep. I dare anyone to not be charmed during the “The March of the Siamese Children” as the King’s progeny, with respective mothers  in tow, all are introduced to the well-traveled educator. Each child allowed to let their character’s unique personality shine beyond their jaw-dropping, dazzlingly costuming. Each mother color coordinated with child, in descending order of royal significance. Kelly’s “Getting to Know You” is a charismatic and giggle inducing  act one highlight. Sharing educational tips with the litany of his wives as well as their children, Anna is understandably hastily embraced by all.  Quickly breaking the ice with the most formidable, Lady Thiang (Joan Almedilla), the King’s number one bride, Anna learned as much from the troupe as she taught. A starling lesson, Tuptim (Manna Nichols) a “gift” from a neighboring leader. Stunned at the thought of “gifting” a person into a life of sexual servitude, Anna shared her books and her knowledge with the young woman as, going so far as to help her to secretly date her one true love behind he King’s back. The confidential clandestine operation continued in secret, behind the palace’s ever watchful eye. 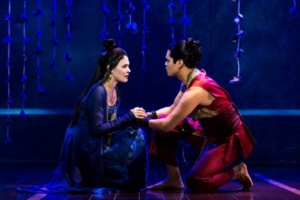 As the story continued, Anna proved herself a valuable ally, partner and cultural confidant to the King. While preparing a reception for visiting British dignitaries, the real fireworks between Anna and the King ignited. As he placed his hand around her delicate waist, “Shall We Dance” proved persuasive foreplay to their burgeoning desires. Christopher Gattelli’s gallant choreography added an almost fairy tale quality to the impressive number. Beautifully sung and lavishly structured, while cultural differences merged, the ultimate test of allegiance between this unlikely couple fell squarely upon their competing relationship with Tuptim. Captured while trying to flee the palace with her paramour, romance turned to vengeance in the alarming scene. Anna defied all conventions to protect her young friend from the lashings, both literal and metaphorical, by the King. The political undertones of the complex story fully fleshed out without pounding anyone over the head with sanctimoniousness. The sweeping and epic conclusion both stunning and satisfying. 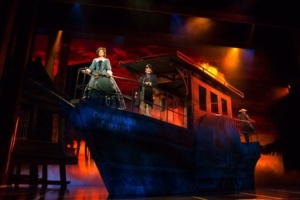 In a crowded summertime theatrical season, Rodgers & Hammerstein’s The King and I is a must see production. Luxuriously produced, captivatingly staged, unapologetically political  and magnificently sung, this tour is certainly in tip-top shape. The familiar soundtrack continually took on new meaning in Sher’s renewed approach to the classic tale. This daring and darling production thoroughly captivated and entertained. Get to know Rodgers & Hammerstein’s The King and I one more time, while you still can. 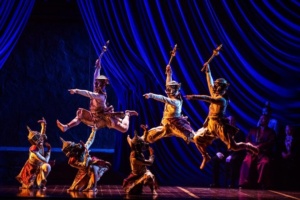 Rodgers & Hammerstein’s The King and I is now playing at the Oriental Theatre through July 2, 2017

Magda KatzMay 24, 2022
Read More
Scroll for more
Tap
Lin-Manuel Miranda and Prizeo Offer a Prize To Help Immigrants: We Get the Job Done Coalition
Death Comes for the War Poets: And Glad to See Her.