Rogers & Hammerstein’s The King and I – A Classic, Well-Done 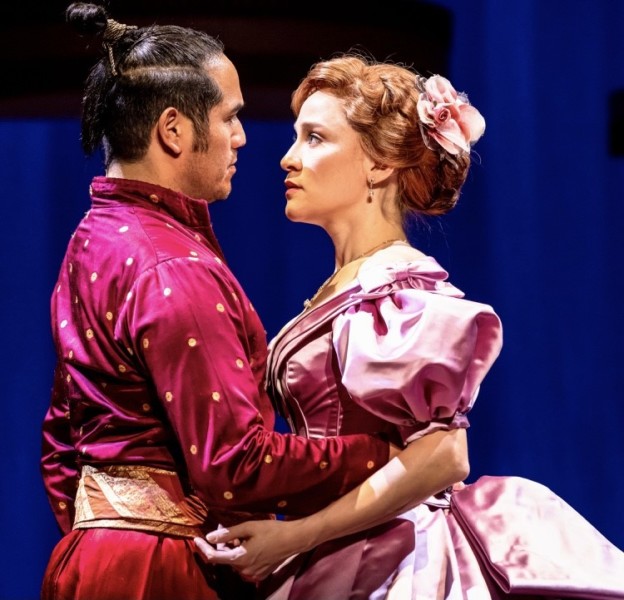 Rogers & Hammerstein’s The King and I – A Classic, Well-Done

There is something to be said for a classic musical lovingly restaged for a new generation of audiences. The Drury Lane Theatre should be very proud with their latest, Rogers & Hammerstein’s The King and I. There is enough here to satisfy any traditionalist and to charm even the sternest of curmudgeons. Based on Margaret Landon’s book “Anna and the King of Siam” this musical is almost three hours of stunning voices, beautiful costumes and winning performances, lead by Broadway’s original Aladdin, Adam Jacobs. Trading in the bright lights of Times Square for a more subdued Oakbrook Terrace Chicago suburb, Jacobs is a delight as Siam’s King. Sublime vocals, solid comic timing and a half dozen changes of ballooning genie harem pants, Prince Ali would be jealous. 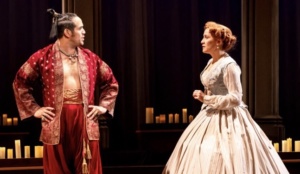 Betsy Morgan’s Anna Leonowens, the strong-willed widow, silky voiced and impetuous governess and educator, might have originally been summoned to teach the King of Siam’s brood of children and team of wives of highest honor in the ways of the West, but it’s her lessons for the King that are the heart of the show. Obvious and immediate cultural clashes and societal differences quickly rear there ugly heads. She considers herself an employee while the King sees her as a servant. Guess who wins out in that battle? While Anna doesn’t agree with the King as polygamist, she knows he is no barbarian and assists him in matters of state and global governance, “et cetera, et cetera, et cetera” as the script states. The wily Welsh has met her match in The King of Siam, a complex leader at odds with his country’s past and worried about foraging its future. In his quest to modernize his country, he knows he will have to impress the West without being swallowed up in Empirical expansion. 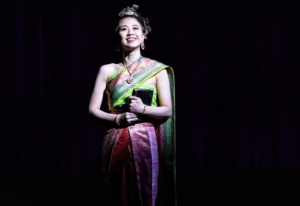 The supporting cast is filled with standouts. Christine Bunuan, a gifted natural comedian, cast against type as the stoic and commanding number one wife, Lady Thiang. Young Matthew Uzarraga is building quite an impressive resume, immediately arresting here as Prince Chulalongkorn. Paulina Yeung, as the lovely yet headstrong Tuptim, is the real find. Her remarkable voice instantly captivating from the first moment she sings. Her character may be just a “present” from the King of Burma, but she is the remarkable gift that keeps on giving every single time she steps on stage. Her act two play within a play “The Small House of Uncle Thomas” an exploration of slavery, is a defiant and subversive political act, carried out right under the King’s nose. I am looking forward to following Yeung’s very promising career far beyond this production. The scene stealing, cherub faced Royal children were played by Avelyn Choi, Dante Garcia, Enzo Garcia, Elle Laroco, Vin Laroco, Rika Nishikawa and Alexandrya Salazar. They are all absolute equal levels of adorable and fun. 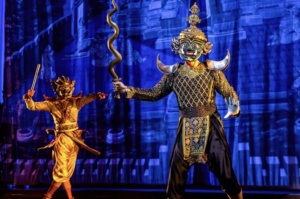 Directed with precision by Alan Paul, the music of Richard Rogers and lyrics of Oscar Hammerstein II are in the skillful hands of musical director, Tim Laciano. Both men can rest easy, the musical numbers are simply astounding. All your favorites are here, “I Whistle a Happy Tune”, “Getting To Know You”, “Something Wonderful” and “Shall We Dance” dusted off to delightful results. Choreographer Darren Lee makes original choreographer Jerome Robbins work all his own to really beautiful effect. The act two ballet pavilion “The Small House of Uncle Thomas” is rendered with such loveliness, incorporating traditional cultures with modern touches. I couldn’t be the only person that noticed the Alvin Ailey “Revelations” promenade  towards the end of that number. Simply stunning. 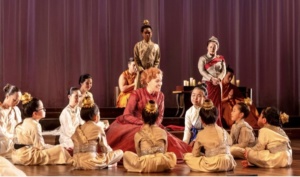 Rounding out the creative team, Wilson Chin and Riw Rakkulchon were co-scenic designers, bringing their real world experience, Rakkulchon worked as a guide at the Royal Palace in Siam, to the table. Izumi Inaba’s costume design, inspired by the original costume designs of Tony Award-winner, Catherine Zuber, especially the “Shall we Dance” astounding voluminous pink silk gown, with hoops and petticoats. Emily Young’s hair and wig design team working overtime to accommodate such a large cast. Eric Southern’s majestic lighting, ranging from offstage exploding fireworks, to punctuating the intimate moments, stolen by the young lovers in the shadows, also impressed. There truly is something here for everyone.

The Drury Lane’s Rogers & Hammerstein’s The King and I is a winner. Letting the actors natural charisma shine, this tale isn’t bogged down by politics. I had forgotten about the line “building a wall around out country” just as embarrassingly topical now as when this was originally written back in the 1950’s. This version focusing squarely on the battle of wills, if not the battle of the sexes. Wonderfully crafted, you’ll be “whistling a happy tune” long after you leave the theater. 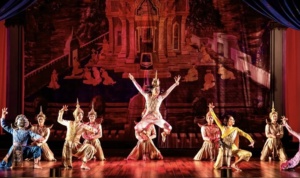 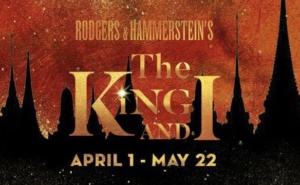 Rogers & Hammerstein’s The King and I is now playing at the Drury Lane Theatre in Oakbrook Terrace, IL through May 22, 2022

RossSeptember 17, 2022
Read More
Scroll for more
Tap
You Are There Inside the Opening of Penelope, or How the Odyssey Was Really Written
Theatre News: Beetlejuice is Back, New York Theatre Festival, Birthday Candles, NY Theatre Artists for Ukraine and for colored girls who have considered suicide/ when the rainbow is enuf