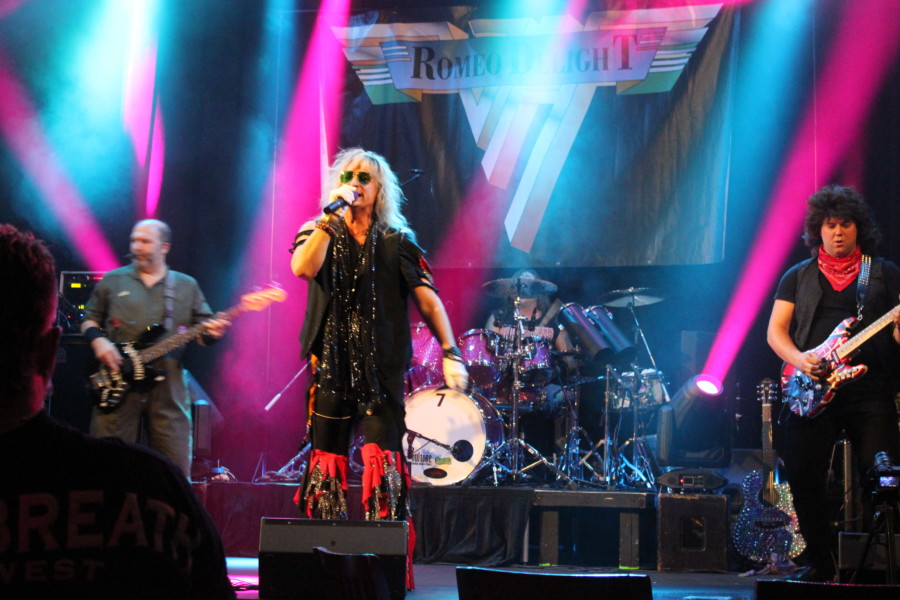 Buddy Blanchard and his Romeo Delight group (the ultimate Van Halen tribute band) sold out the 325- seat Sellersville Theater Friday night in Philadelphia.  The vintage hall clearly observed all virus-protocols, but according to Blanchard, the crowd was ecstatic.

“We perform mostly every Van Halen hit and include “California Girls” from David Lee Roth’s solo EP. We try to give the audience the best possible music selections in Van Halen’s amazing catalog.”

We had to ask Blanchard how it felt to be playing live again, “It was amazing! I love to take everybody for a little ride away from their regular everyday lives and put them on our performance train and rock them down the road! In return I get an adrenalized rush that we give back to the audience making for a fun and exciting show.”

We asked Blanchard what song got the best response? “There are so many over the top songs that get a great reaction like “Hot For Teacher,” “Panama,” and “You Really Got Me.” I have to say the overall best response from the crowd is when we perform “Jump!” Everybody’s on their feet and dancing!”

Their 19-song set is a walk through the Van Halen catalog and also serves to showcase what a tremendous influence band has had on audiences; and, to the virtuoso guitar work from the late-Eddie Van Halen.

Blanchard also made an observation of the crowd, “Excited, happy and appreciative they get to see live music again! It’s almost like I’m performing a community service because everyone needs to get out and see live music they want and need it!”

The band is currently negotiating several other appearances in the area and will play The Cutting Room here in NYC as soon as live music is properly given the green light.