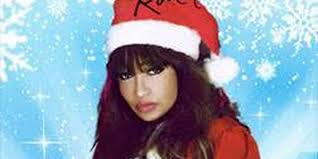 For Ronnie Spector this holiday season, Winter’s Eve will “be her baby,” as she gets ready to light up the Upper West Side New York’s largest holiday festival; Monday evening, December 2, 2019, 5:30 PM – 9:00 PM

The Lincoln Square Business Improvement District (LS BID) announced that the iconic Ronnie Spector and The Ronettes will headline the main stage at Dante Park (Broadway and 63rd Street) and help light up the Upper West Side at the 20th Annual Winter’s Eve at Lincoln Square. New York’s largest holiday festival kicks off with the Upper West Side’s only tree lighting ceremony on Monday, December 2, 2019 at 5:30 p.m. The highly-anticipated FREE annual festival continues until 9:00 p.m. and promises a new and lively lineup of legendary performers, up-and-coming musicians, entertainment, dancers, and more.

Ronnie Spector is the embodiment of the heart, soul, and passion of female rock and roll in the 1960s. Born and raised in Spanish Harlem, she formed The Ronettes while she was still a teenager and released her first record in 1961. She went on to record genre-defining classics such as the Grammy Award-winning “Walking in the Rain,””Do I Love You,” “Baby I Love You,” “The Best Part of Breaking Up,” “I Can Hear Music,” and of course, the international number one smash hit “Be My Baby.”

In 2006, “Be My Baby” was added to the National Recording Registry of the Library of Congress, preserved as a work of historical and cultural significance. A year later, Ronnie Spector and The Ronettes were inducted into theRock & Roll Hall of Fame. In 2017, “Be My Baby” was named by Billboard Magazine as the #1 Greatest Girl Group Song of All Time.

Ronnie’s beloved Christmas songs, such as “Frosty The Snowman” and “I Saw Mommy Kissing Santa Claus”, are among ASCAP’s Top 20 most–played holiday radio hits of the past 25 years. In January, Ronnie and The Ronettes returned to the Billboard Hot 100 for the first time in over 52 years, as perennial smash ‘Sleigh Ride’ re-entered the charts, giving Spector her first Top 40 hit in decades.

“As a native New Yorker, I’m thrilled to take part in this wonderful celebration. I was bornand raised in Spanish Harlem, but many people don’t realize I lived on West End Avenue and Riverside Drive for many years, so coming back to the Upper West Side feels like home. I love it,” Ronnie Spector.

“We are incredibly excited to have Ronnie Spector headline our biggest celebration yet,” said Monica Blum, Lincoln Square BID President and Founder of Winter’s Eve. “As a native New Yorker, Ronnie will bring that city and holiday flare perfect for our 20th annual Winter’s Eve celebration. It will be a magical night filled withmusic and talent as diverse as New York City itself, and we cannot wait to share our milestone with such an iconicsinger.”

As a seminal force in Rock, Spector’s swagger, moxie and trademark voice (still instantly recognizable from the first note) defined an era. As the Number One pop group in England, Ronnie Spector and The Ronettes headlined over acts including The Rolling Stones, Eric Clapton and The Yardbirds. In the years since, Spector has collaborated with George Harrison, Jimi Hendrix, Bruce Springsteen and The E Street Band, members of The Beatles and more. Billy Joel wrote ‘Say Goodbye to Hollywood’ as a tribute to Ronnie, and her duet with Eddie Money, ‘Take Me Home Tonight’, reached #4 on the Billboard Hot 100 Chart.

As a performer and style icon, Spector has reached a new level of cultural significance. Critical respect is at its peak, and she continues to thrill — inspiring and empowering a new generation of fans as an enduring, transcendent figure, who has overcome adversity. Much as B.B. King came to embody the blues or Chuck Berry was to earlyRock ‘n Roll, Spector has solidified her status as the Rosetta Stone for female rock performers of today.

Winter’s Eve was created two decades ago by the LS BID to kick off the holiday season by spreading cheer, while also promoting local businesses and restaurants. Fast forward 20 years later, and Winter’s Eve has grown into aNew York City staple and tradition. For more information about Winter’s Eve, including upcoming performances,events and food tastings, please visit: www.WintersEve.nyc or call 212.581.3774.

The Lincoln Square BID is a not-for-profit tax-exempt organization whose mission is to make Lincoln Square cleaner, safer, and more beautiful, and to undertake various improvement projects. Efforts are focused on supplemental sanitation and security services; the beautification of public spaces, malls, and parks; and the promotion and marketing of the area’s diverse business and cultural offerings. The Lincoln Square BID acts as a catalyst working with business, community and City partners to promote positive change in Lincoln Square. The BID’s programs and initiatives, including Winter’s Eve at Lincoln Square – New York’slargest holiday festival, are designed to foster tourism, and to showcase the rich and varied resources of this vibrant Upper West Side neighborhood. For more information, please call (212) 581-3774 or visit www.lincolnsquarebid.org.