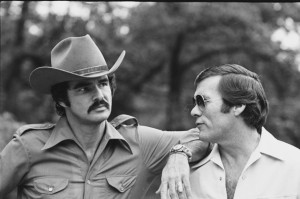 Rooftop Films presented another great evening with an  outdoor  screening of “The Bandit.” The screening was held at the Queens County Farm Museum. Smokey and the Bandit further boosted Burt Reynolds career and made the Pontiac Trans Am one of the iconic automobiles of the ‘70s. No doubt, it also resulted in more than a few speeding tickets for those who admired the man and the car. There’s more to the story, of course, and fans will get a behind-the-scenes look at the making of the 1977 film when The Bandit premieres Saturday (Aug. 6) at 10 p.m. ET/PT on CMT. 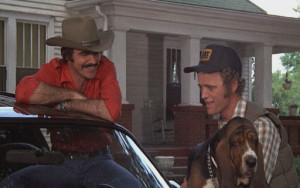 Produced and directed by Jesse Moss and produced by Mile End Films and CMT’s documentary films division, The Bandit chronicles the friendship between Reynolds and stuntman Hal Needham, who met on the set of a TV series in the ‘50s. The two ultimately became best friends and roommates, and Needham continued as Reynolds’ stunt-double on multiple projects.

After writing the script for Smokey and the Bandit, Needham approached Reynolds about starring in it. Reynolds had already been the lead in movies with similar themes — Gator and White Lightning — and was looking for more serious roles, but he stayed true to his friend and decided to make the film.

Rooftop Films is a non-profit organization whose mission is to engage and inspire the diverse communities of New York City by showcasing the work of emerging filmmakers and musicians. In addition to their annual Summer Series – which takes place in unique outdoor venues every weekend throughout the summer – Rooftop provides grants to filmmakers, rents equipment at low-cost to artists and non-profits, and supports film screenings citywide with the Rooftop Films Community Fund. At Rooftop Films, we bring underground movies outdoors. For more information and updates please visit their website at www.rooftopfilms.com.