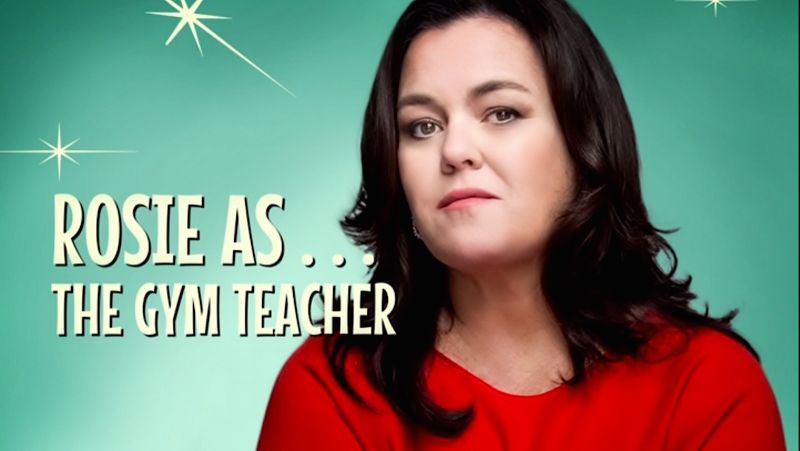 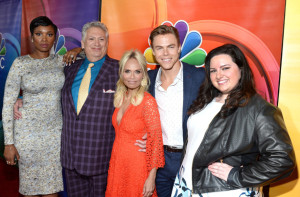 NBC’s Hairspray Live!’s has added Rosie O’Donnell and Sean Hayes to the NBC’s broadcast, set for December 7 as the gym teacher and Mr. Pinky.  This is turning into one star studded cast. Ariana Grande plays Penny, the BFF of plus-sized teen Tracy Turnblad (newcomer Maddie Baillo). Grande, whose first professional job was the Broadway musical 13, is a theater geek at heart. “I got to see the Original Broadway Cast [of Hairspray], I think I was 10 or 11, so yes, way too young.” Kristin Chenoweth will play Velma Von Tussle, Rosie O’Donnell will be playing the Gym Teacher, Sean Hayes will play Mr. Pinky, owner of Hefty Hideaway, purveyor of donuts and plus size clothing. Harvey Fierstein will be recreating his Tony-winning Broadway role of Edna Turnblad. Martin Short will play Wilbur Turnblad, Edna’s husband. I am looking forward to Jennifer Hudson singing Motormouth Maybelle. Dove Cameron and Garrett Clayton, two Disney Channel stars are dancing their way as Amber and Link and Dancing with the Star fans are thrilled with the casting of, Derek Hough as Corny Collins.

Executive producers Craig Zadan and Neil Meron, director Kenny Leon and TV director Alex Rudzinski have stated that the NBC production, will include songs from the original, 2002 Broadway musical, plus two from the 2007 movie.

“Hairspray” will be done on the Universal lot in Los Angeles, where Fox staged “Grease Live!”