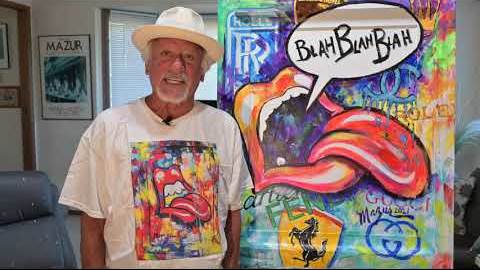 Ruby Mazur the artist known for creating one of the most famous logos in the world: the ‘mouth and tongue’ design for the Rolling Stones Tumbling Dice cover. 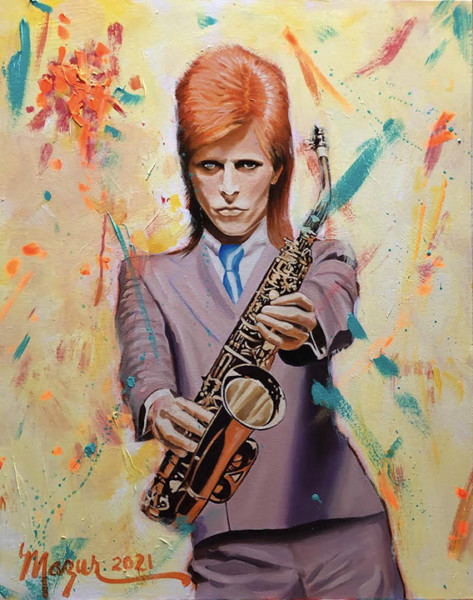 Unknown to many is only about 3 months ago, Mazur won his battle with brain cancer, but is now battling throat cancer. While he continues to fight for his life, he recently sold his latest NFT with his first in series auction going for a record setting $1.1 million. His next NFT is his artistic rendering of the American folk and rock singer-songwriter Jim Croce, with a portion of proceeds going to cancer charities. 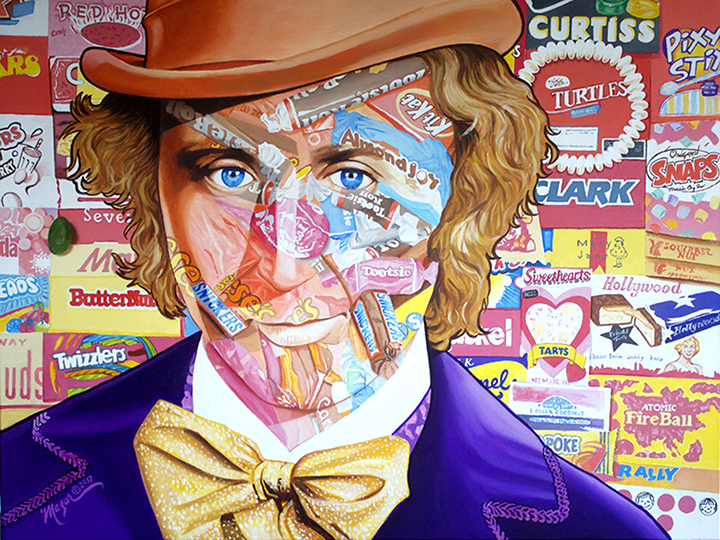 “To me, painting is like breathing,” he says. “I’ll lay down and close my eyes, but I’m still painting because I’m thinking about what I want to change on a canvas. My mind just doesn’t shut off like it does for most people.”

Mazur recounts the time he met with Carlos Santana backstage and presented the legendary guitarist with a spectacularly vivid painting he had made of him. The artwork captured Santana in mid-performance glory – eyes clenched dramatically, his face seized in cosmic ecstasy as he coaxes sounds both searing and sensual from the fretboard of his guitar. “Carlos took one look at it and said, ‘I can hear the note I’m playing,'” Mazur says. “What a compliment that was. It was exactly what I tried to accomplish.”

Born in Brooklyn and raised on Long Island, Mazur knew he was an artist at the age of five selling a collection of crayon drawings, for $50 each. Mazur progressed to drawing comic strips and eventually took to painting.

Music loomed large for Mazur. He and his brother guided the local band The Hassles through the New York club circuit  After the group’s keyboard player overdosed, the brothers held auditions for a replacement. One of the candidates was a Billy Joel. “We didn’t think he would fit in at all,” Mazur remembers, “but he sat down at a Hammond B3 and he was just amazing.

Mazur was itching to get his art career off the ground. He left Philadelphia College and moved back to New York, where a friend tipped him off about a job opening at the newly started Paramount Records.  “I met with the president, Bill Gallagher, and he asked for some samples of my work. I said I didn’t have any. Then he asked me what position I was looking for, and I said, ‘I want to be the art director for your album covers. I said, ‘Give me $50,000 a year, a secretary, two assistants, and an expense account, and I’ll give you kick-ass album covers.’ Gallagher said, ‘Come in on Monday at nine. You’ve got the job.'”

His first year on the job he was nominated for a Best Album Cover Grammy for the band Crowfoot. He ultimately decided to leave the label and strike out on his own. Ironically, his last job at Paramount was to create the album cover for Billy Joel’s debut, Cold Spring Harbor.

In the 1970s he opened his own studio in New York City, and with a staff of 10 assistants he turned out an average of 15 album covers a week – to the tune of $5,000 each. “That was amazing money back then,” he says. Noting the explosion of talent emanating from the West Coast, he packed up and headed to Los Angeles, opening an even bigger studio on Sunset Boulevard, which enabled him to double his monthly output.

Elton John, Steely Dan, Dave Mason, Jim Croce, the James Gang, and B.B. King are just some of the artists Mazur designed eye-catching and trendsetting artwork for. There were movie soundtracks – Love Story, Willy Wonka and the Chocolate Factory, the Rocky Horror Picture Show, and hundreds more. And, of course, there was the famous request from none other than Mick Jagger. “He wanted me to come up with something for the ‘Tumbling Dice’ record sleeve,” says Mazur. “The idea was that it would look like him, but it wouldn’t really look like him. It was as simple as that. I came up with the mouth and the tongue. It wasn’t too hard for everybody to figure out who it was.”

After a brief stint at ABC-Dunhill Records (he received the Art Directors Award for the Illustration West Competition for his cover design for Curtis Mayfield’s His Early Years with the Impressions), Mazur relocated to the UK and opened a studio, where he continued working on album packages. However, an industry vinyl shortage put a stop to the flow of releases.

His work has been displayed around the world, and these days Mazur features his paintings at the Holle Fine Art Gallery in Hawaii, and on the mainland, he’s represented in Las Vegas at the Wyland Gallery in Planet Hollywood and Signature Gallery in the Venetian.

You can see more of his work here.

Suzanna BowlingNovember 10, 2022
Read More
Scroll for more
Tap
The Perfect Gift For Any Film Geek To Get This Valentine’s Day, Birthday or Fan Fest
On the Scene