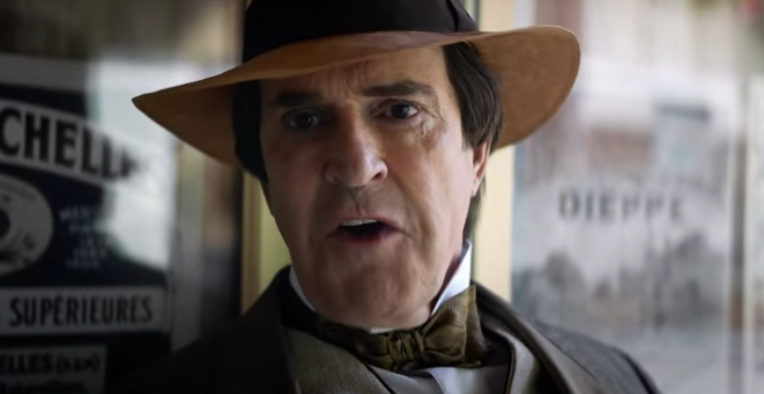 Making a rare return to Broadway for the first time in 10 years, Rupert Everett began his acting career on stage in Another Country in London’s West End in 1981. In 2009, he made his Broadway debut in Blithe Spirit, alongside Angela Lansbury and Christine Ebersole. Everett’s additional theater credits include Pygmalion and The Judas Kiss, in the West End. His illustrious film career began with the film adaptation of Another Country, in 1984, before gaining international acclaim for his Golden Globe® award-nominated performance in My Best Friend’s Wedding, alongside Julia Roberts. He received his second Golden Globe nomination as Lord Goring in An Ideal Husband. His additional film credits include Inspector Gadget, The Importance of Being Earnest, Stardust, Shrek 2, Shrek the Third, Hysteria, Miss Peregrine’s Home for Peculiar Children, and The Happy Prince as Oscar Wilde. Everett has writtenseveral books, including Hello, Darling, Are You Working?; The Hairdressers of St. Tropez; and his memoir Red Carpets and Other Banana Skins.

In 1962, when Who’s Afraid of Virginia Woolf? stunned its very first Broadway audiences with its radical, provocative, and unflinching portrait of a marriage, Edward Albee instantly became the most important American playwright of his generation. At that season’s Tony Awards ceremony, the production racked up five wins, including Best Play and lead acting prizes for its two stars: Uta Hagen and Arthur Hill. Just four years later, the iconic film adaptation, directed by Mike Nichols and starring Elizabeth Taylor and Richard Burton, made Academy Awards® history as the first film to be nominated in every single category it was eligible for (winning for Best Director, Best Actress, Best Supporting Actress, and Best Art Direction, Best Costume Design). Nichols and screenwriter Ernest
Lehman’s insistence that the film adhere to Albee’s heavy use of profanity created a legendary standoff between the studio and the MPAA. Even the Catholic Church weighed in via its censorship group, which eventually passed the film, deeming it“morally unobjectionable for adults.” It ended up being the first film Warner Bros. ever released “for adults only,” meaning no one under the age of 18 could see the film without being accompanied by an adult. The film’s monumental success, in spite of the controversy, helped establish the modern film rating, though it created a backlash that restricted creative freedom in Hollywood in its immediate aftermath. The film also cemented Albee’s masterpiece forever in the public consciousness. Next spring, a new company of theatrical powerhouses take on this landmark drama nearly sixty years after its legendary Broadway premiere.