Russian Women and The Need to Reclaim International Women’s Day 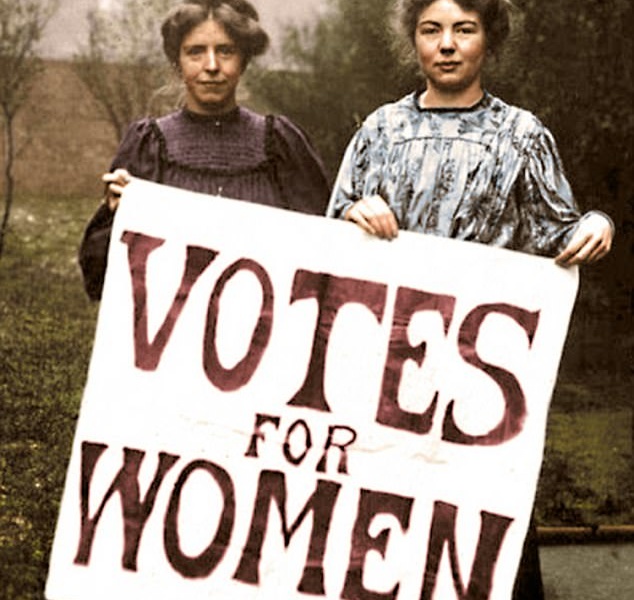 Russian Women and The Need to Reclaim International Women’s Day

March 8, which is popularly referred to as international women’s day all over the world, is a day dedicated solely to women, for women, and by women. Unfortunately for Russian women, a day that is supposed to be all about them. This is simply because the country is still governed by traditional norms where women were believed to have one role and one role only – nature families while the men do the hard work.

For centuries, women have proven to not only take up jobs and roles in predominantly male disciplines but thrived at them. But despite the latter being the case in Russia, women still have little to no say about what goes on in the country despite contributing as much as, if not more, than their male counterparts.

In recent years, Russian women have also occupied prominent positions in government as well as corporates. And needless to say, these areas have recorded remarkable improvements which goes to show just how industrious women can be if given the right opportunities.

But for some reason, Russian women are barely accorded the recognition they deserved. Whenever Russian women bring up pertinent issues such sexual harassment, domestic violence, pay gap and the ilk, such discussions are more often than not either not taken with the seriousness they deserve or shut down altogether.

It was a tad bit shocking when Russian president Vladimir Putin took the opportunity to thank women for not only taking care of their men as well as their families. While there is absolutely nothing wrong with acknowledging women for their day to day sacrifices, to not recognize them for their plausible contributions towards nation building is rather absurd.

To add salt to injury, president Vladimir Putin also insinuated the only contribution women have ever made in Russia long history as well as development was through their traditional roles. Needless to say, this is hugely inaccurate. Besides president Vladimir Putin’s remarks aside, the Russian Army Recruitment Office’s attempt to honor Russian women backfired.

Instead of taking photos of the hardworking Russian women and men side by side, they chose to use ballerina posing with male army official. Unfortunately, their goal missed the mark as the end product didn’t sit well with most women in the world for obvious reasons. In as much as the Russian Army Recruitment Office saw absolutely nothing wrong with their shoot, the excessively traditional imagery was interpreted quite differently.

What the rest of the world saw was Russian women were being portrayed as fragile which isn’t the case. Unfortunately, President Vladimir Putin only echoes what most Russian men think and it’s about time that Russian women stood up for themselves. And that is exactly why they need to take back March 8 and make it all about Russian women.

In this day and age, Russian women are supposed to represent themselves. Russian women should have a say on how the rest of the world sees them instead of allowing men to do it on their behalf simply because, and as earlier stated, March 8th is a day dedicated to women, for women, by women. Thankfully, there is a ray of hope as far as change is concerned.

A Ray of Hope

Despite Russia being a predominantly traditional state with each gender sticking firmly to specific roles, the new crop of women is striving to change that. It has been proven beyond reasonable doubt that women are more than stay at home wives and for that matter, should be recognized for their contributions to nation building.

Today, there are close to 45,000 Russian women in the armed forces which is the highest number yet. Apart from taking up and excelling at jobs that were long thought to be traditionally male, Russian women are also finding a voice. A fine example of this was during the famous #metoomovement which saw victims of sexual harassment speak up and be heard.

The media also boycotted the government during that same time, making sure that sexual harassment was taken with the seriousness it deserved. These young women are also having the freedom to choose who they marry which seemed more of impossibility just a few years back. The latter explains the success of the Slavic marriage & matchmaking agency where Russian women have the freedom to choose their mates, whether male or female.

All they have to do is visit best-matchmaking.com and set up an account. After doing so, they will have the chance to peruse and set up dates with whomever they deem fit. The latter is incredible since it allows Russian women a lot of freedom that they barely have thanks to their strictly traditional way of life.

When it comes to international women’s day, then real women are supposed to be celebrated. This is very important irrespective of their background, looks as well as profession. Women, especially Russian women, work to the bone to make their respective families and nation at large function and for that reason should be applauded. But for this to happen, it is imperative for Russian women to stand up and demand the change.