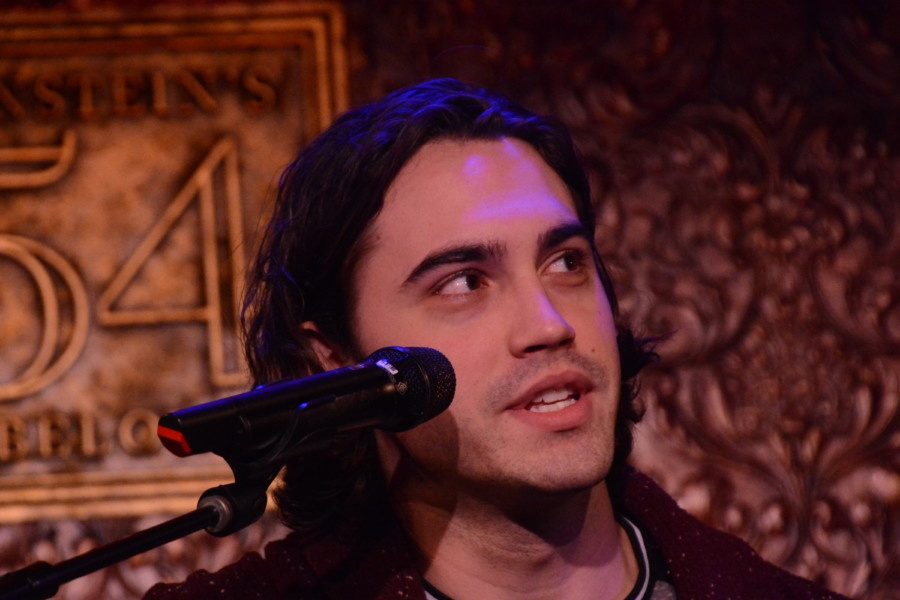 I was originally suppose to attend Ryan McCartan’s debut at Feinstein’s/ 54 Below, but was detained. I sent another reviewer (see review tomorrow) to catch this multi faceted young man, as I am convinced he is a star on the rise. I called after the concert to see what Jeffrey thought and was amazed, touched and so proud at what he told me. Because of that conversation, when I was asked to interview Mr. McCartan, I knew the tough questions I needed to ask. This prolific, brave man opened up and this is the result.

McCartan, is currently staring in Scotland PA. Off Broadway. This talented performer also took the community by storm in Wicked and, Heathers, but is know for his role on Disney Channel’s “Liv and Maddie”. A few days ago he made his solo show debut at Feinstein’s/ 54 Below. This singer-songwriter, Broadway performer, pop music producer, and guitarist, has been creating art all over the world since the age of 8, in many different forms. This intimate evening not only displayed his passion for acoustic covers of musical theater, but pop classics and originals.

Suzanna BowlingSeptember 19, 2020
Read More
Scroll for more
Tap
Melissa Errico Gets Personal About Michel Legrand, Her New Album and Concert at Feinstein’s/ 54 Below
Nice and Shiny: Ryan McCartan is a Star on the Rise