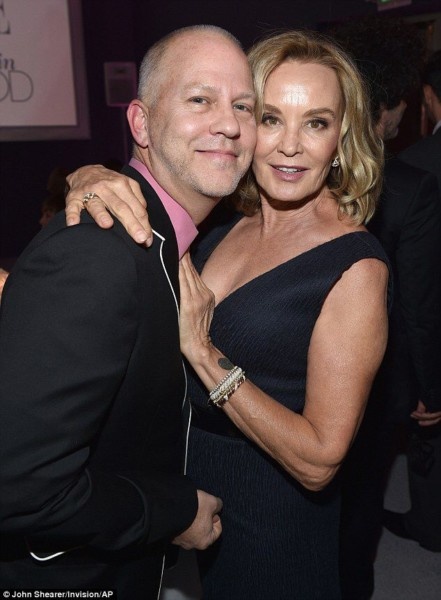 Ryan Murphy is not only a Tony and Emmy Award-winning producer and creator but is about to become a household name. Murphy produced the 2018 Broadway revival of The Boys in the Band, and is now producing it as a feature film for Netflix. He is also behind The Politician, starring Ben Platt,  Ratched, a spin off of One Flew Over the Cuckoo’s Nest’s Nurse Ratched, starring Sarah Paulson and he’s adapting two Broadway musicals for the Netflix. A Chorus Line will act as a 10-part miniseries, and The Prom, which will star Meryl Streep and Nicole Kidman. That’s not all….Hollywood, will debut in May and features Patti LuPone and Holland Taylor and a miniseries about the designer Halston, with Ewan McGregor is in the works.

Murphy is working with Jessica Lange about Marlene Dietrich in Vegas in the early ’60s, a documentary called A Secret Love about a closeted lesbian couple who came out in their 80, a 10-part series” about Andy Warhol and a docuseries about the most stylish people in the world are also on Murphy’s plate.

Murphy already has two shows on Fox—9-1-1 and an upcoming spin-off, three on the cable network FX: Pose, American Horror Story and a new installment of American Crime Story, which will follow the Monica Lewinsky scandal.

To learn even more about Ryan Murphy read the Time expose.