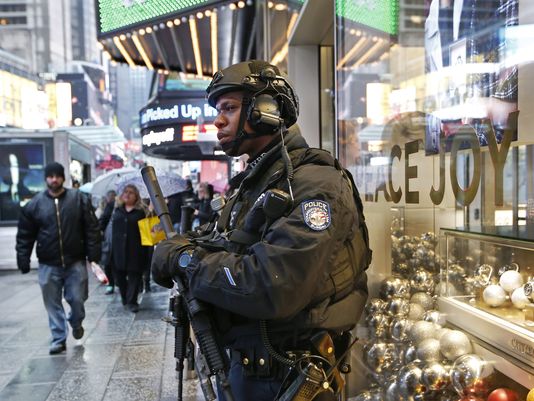 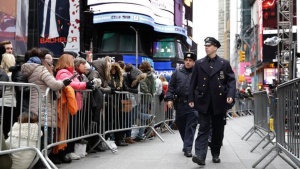 Mayor Bill de Blasio and NYPD Chief James P. O’Neill,  aren’t taking any chances when it comes to securing the city for its New Year’s Eve celebrations. Sixty-five sand trucks and 100 blocker vehicles will be deploy around Times Square Dec. 31. That’s more security than in previous years and is meant partly to deter the kind of rogue-vehicle attacks used by ISIS-inspired terrorists in Berlin right before Christmas and Nice, France, in July. 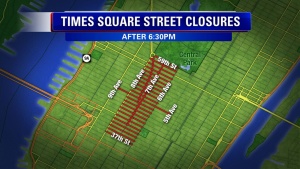 There are no specific threats associated with New Year’s Eve celebrations in the city, but global terrorism is not to be taken lightly. however, the team is also concerned about lone offenders and homegrown violent extremists targeting the event.

Thousands of officers will be on hand, including heavily armed Critical Response Command officers, and new recruits who just graduated Wednesday from the police academy, officials said.

Helicopters will hover above, boats will be used in the Hudson and East Rivers and officers will be perched on rooftops.

The revelers, who will be funneled into segregated viewing pens through 12 different access points, will not be allowed to bring umbrellas or large bags into Times Square. This should be fine considering rain is not in the forcast,

Commissioner O’Neill assured the public that “no direct concerns” related to Times Square in particular or New Year’s Eve celebrations generally factored into the security plans.

De Blasio, stressed that people should be prepared to speak up if they see something suspicious, and repeated the familiar post-9/11 refrain, “If you see something, say something.”