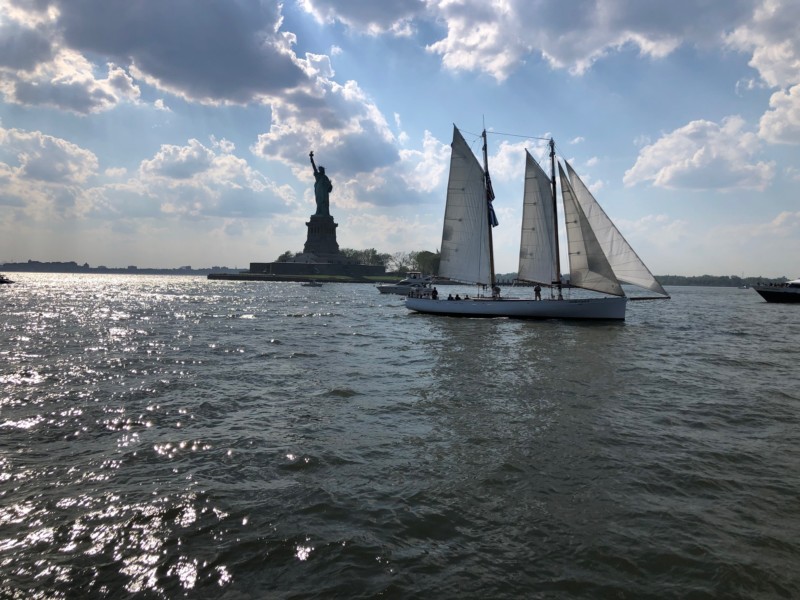 On June 6, a grand celebration to honor the unity between America and Greece took place in New York City.

Overlooking a stunning view of the Statue of Liberty, ships sailed during a ceremony called ”Sail to Freedom.” The anniversary of 200 years since the commencement of the Greek Revolution of 1821 was recognized with over 200 guests in attendance on several boats.

The significant contribution of the Greek experience recognized the Greek Diaspora and the Philhellenes to the National effort.

The event was established by Evageline Plakas, publisher of the Hellenic Golden Directory and Hellenic Daily News and Honorary Chairman and Greek American businessman/philanthropist John Catsimatidis.

Presenter was Greek journalist Evlambia Revi and the Director of the entire affair was Kostas Kimoulis.

The event concluded with beautiful garlands being thrown to sea as an act of honoring the Greek Hero Warriors and the Philhellenes who fought by their side. It was a symbol of peace and prosperity.