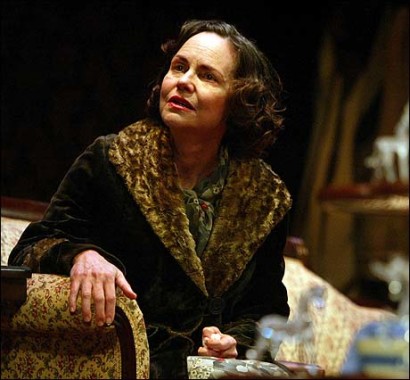 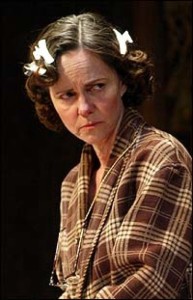 Sally Field in a earlier production

This is the second show to jump theaters The first being Dear Even Hanson. Now calling home the Music Box Theatre; it had been scheduled for the Belasco.

The show also star Finn Wittrock and Madison Ferris, who will be making her Broadway debut in the role of Laura Wingfield.

Gold first directed this production of Menagerie with a Dutch cast at Toneelgroep Amsterdam in an engagement that garnered rave reviews.

Gold has stated, “The experience I had doing this play in Amsterdam was life-changing, and the fact that we’ve managed to put together this cast to do it on Broadway is the most perfect outcome I could have imagined. Like any sane person, I’ve been hoping for Sally Field to carve out some time to do a play again. When I saw her Mary Todd Lincoln, I started dreaming of her as Amanda Wingfield. As for Joe Mantello, seeing that original production of Angels in America, in which he starred, was a great source of inspiration for me at the time. Because Joe is such a wonderful director, he has had very little time to act. I’m incredibly lucky that he has agreed to come back to the stage to play Tom.”

Fields previously played the role in 2004 for the Kennedy Center, where she was directed by Gregory Mosher. She made her Broadway debut in the replacement cast of The Goat, or Who Is Sylvia? and won Academy Awards for her performances in Norma Rae and Places in the Heart.

In 2014 Tennessee Williams’ Glass Menagerie featuring Cherry Jones and Zachary Quinto and was nominated for seven 2014 Tony Awards, including Best Revival of a Play.