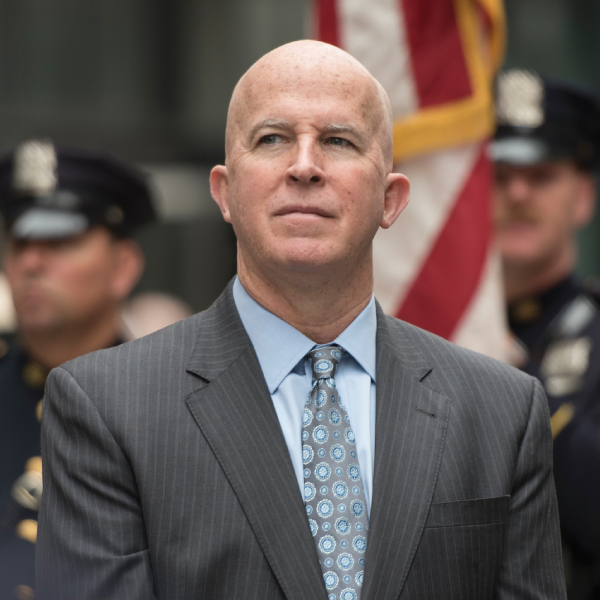 James P. O’Neill, Police Commissioner of the City of New York, will be honored by The Salvation Army Greater New York Division during its 71stAnnual Gala, “A Shielded Life,”on Monday, December 3, 2018, at the New York Marriott Marquisin Times Square, beginning at 6:15 p.m.(reception) and 7 p.m.(dinner and program).

“Like The Salvation Army itself, Commissioner O’Neill and the NYPD is in the business of ‘shielding’ lives,” said Lt. Colonel Ricardo Fernandez, Divisional Commander of The Salvation Army Greater New York Division. “We have had the privilege to partner on many occasions with Commissioner O’Neill and the NYPD, including our involvement in the NYC Ceasefire program, and we have great respect for their work and sacrifice on behalf of the community.”

In addition to the presentation to Commissioner O’Neill, the evening will also feature inspiring stories of lives changed through the efforts of The Salvation Army, and a lineup of holiday music and dance performances, including a grand-finale concert with Sal “The Voice” Valentinetti of America’s Got Talent fame and The Salvation Army’s own Greater New York Youth Band and Chorus.

An integral part of the Greater New York community for 138 years, The Salvation Army in Greater New York operates a vast network of community and social-service programs that serve nearly a million people each year throughout New York City, Long Island, and the lower Hudson Valley, without discrimination. For more information, visit our websiteatwww.salvationarmyny.org.

To register, or purchase an ad in the Gala journal, or attend contact Sharon Smith-Ibellosharon.smith-ibello@use.salvationarmy.org, or visit www.salvationarmyny.org/gala.