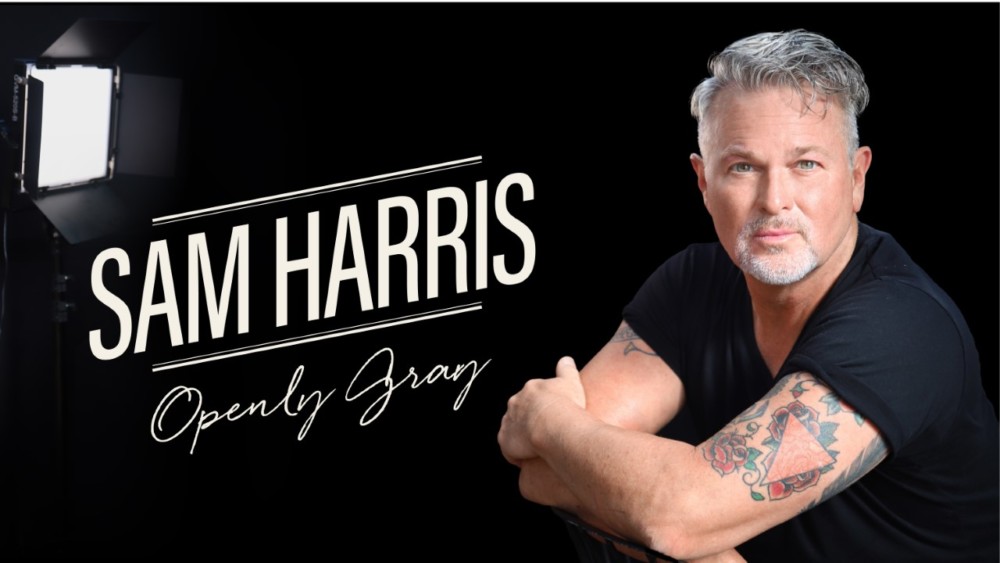 Sam Harris may be openly gray and just turned 60 but he still has the voice and energy he had when he first appeared on Star Search at the age of 22. Mr Harris has had a varied career since his record breaking 14 episode appearance on the OG talent show: actor on TV, author and Tony nominated star of Cy Coleman’s The Life in 1997. His new one man cabaret show at 54 Below is another triumph for him and his long term Musical director, Todd Schroeder.

I have to start with the fact that not only is Mr Harris a wonderful singer with a varied catalogue of music, he is also very funny. His musical selections and wit about what we have all been going through in this pandemic period is what we need to get us started for recovery.

Appropriately, as we see the end of these past two trying years, he begins his show with Happy Days Are Here Again which is a harbinger of the smiles he puts on his audience’s faces. Commiserating with his audience he relates to them how difficult it has been to have too much family time over the past two years ending with him singing Crazy and then continuing with that theme with Sondheim’s You Could Drive a Person Crazy (a rendition that starts slow and then ends with a fun fast mix.)

Janis Ian’s song Jesse slows the tempo to demonstrate Mr Harris’ ability to bring heart to his music. A Million Reasons continues to allow him shine a light on his vocal range.

Sam is truly personable and funny and his next song which I like to not mention the title allows him to complement his witty monologues into some equally funny lyrics. The audience reacted with joy at this song.

Sam is openly gray but also open with his personal difficulties. During the past two years, he suffered through some vocal problems resulting in vocal cord hemorrhaging and surgery; but, as he tells us he got through this with the help of his family, doctor and vocal coach. At this point he takes to the piano to play a slow heart felt version of The Beatles Help!

What is truly unique about Mr Harris, which one must attribute to both his singing and acting skills is that he can easily transition from a joke to a personal story to a quick imitation of Tina Turner’s dance steps while singing Proud Mary and then back to a wonderfully sentimental story about a childhood friend before singing a pairing of Charlie and Steal Away.

As I mentioned earlier, he was Tony nominated for his performance in The Life and he reprised one of those songs Use What You Got still donning that hat he wore in the show. It is a terrific coincidence that he is in town this week in time to see the Encores presentation of that same show this coming weekend.

To round out the show he sings Don’t Rain on My Parade and with some funny meanderings Everyone’s Gone to the Moon.

Sam, at 60, jokes that at his age he is not going to walk off and back onto the stage for his final song. Of course after singing a song about the moon, he has to end the evening with the song that brought him his first of over a dozen Star Search wins, Over the Rainbow.

It is important that I mention Sam’s musical director Todd Schroeder who adds to the enjoyment of the show both with his arrangements, piano playing and connection with Mr Harris. Also the lighting was perfectly on cue with the songs.

If you can, go see him at Feinstein’s/ 54 Below or stream the show on Wednesday March 17th.

Look for the streaming review tomorrow.