Casually walking on stage at Chelsea Table and Stage in a pants suit, Samatha Pauly, broke into “Times Are Hard For Dreamers” by Amelie. An odd choice for  an opening. 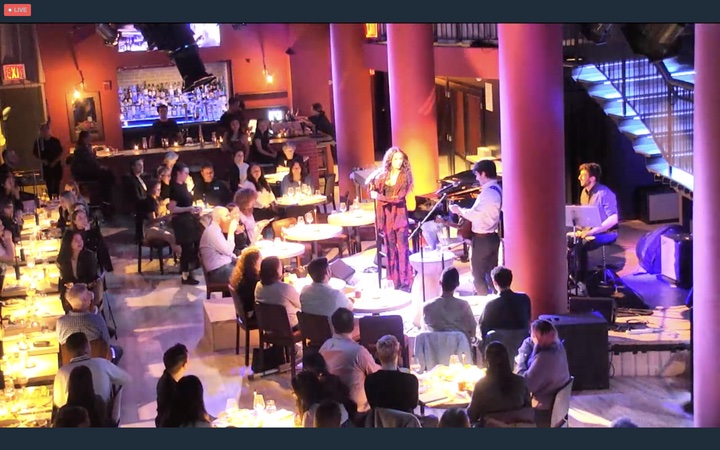 Sitting for the rest of the evening a jazzy rendition of Ariana Grande “God Is A Woman”. This song was Ms. Pauly’s Six audition. She had three auditions before she got the show.

Coming into her stride with “Don’t Cry For Me Argentina” from Evita, Ms. Pauly explained this was her favorite show and her favorite of all the shows she ’s done. A couple of weeks ago she met Patti LuPone and told her these facts. In this song we hear the control, the nuances and emotional layering and the incredible belt. There was also a wonderful piano solo by Adam Cole Klepper (Titanique) who is also her musical director. That song melted into “POV” again by Ariana Grande. This song showed the singers ability to slip up and down the scale seamlessly.

Samantha duetted with Sam Cieri in “In A Week” by Irish musician, singer, and songwriter Hozier. Cieri is in a band called Nicotine Dolls, that Ms. Pauly is obsessed with. I can absolutely see why, with his smokey vocals, searing good looks and wonderful guitar skills. This was a wonderful version of a haunting song. 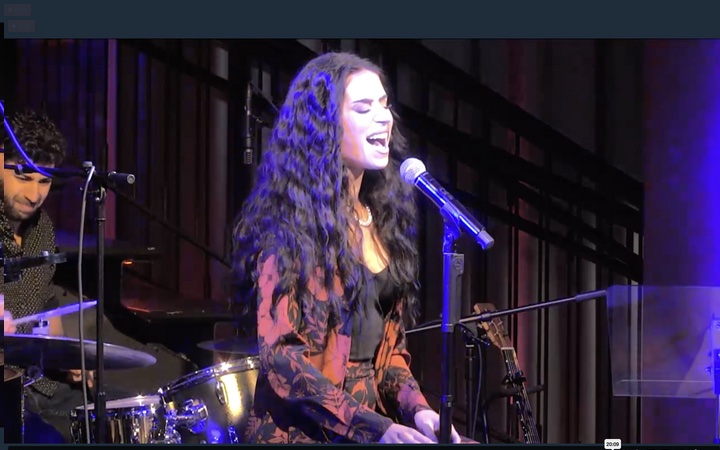 Back to the musical theatre world “No One Else” from Natasha Pierre and the Great Comet. Ms. Pauly’s tone are just incredible and she can sing every genre.  Ms. Pauly is definitely an artist to watch.

Back to the pop world with “When The Party’s Over” by Billie Eilish. Ms. Pauly and her musical director make these songs her own. This set list is definitely eclectic. Is as just expressive and emotional as Ms. Pauly. 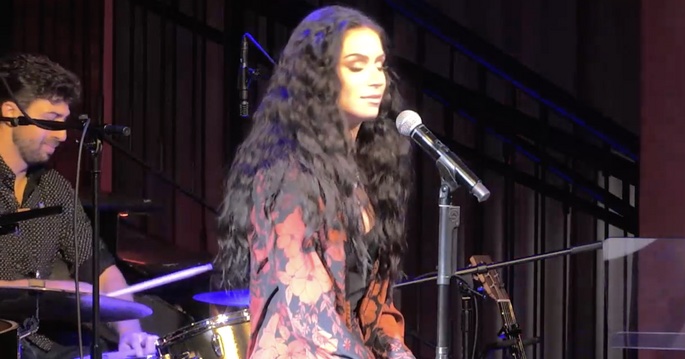 “Flowers” from Hadestown brought Jed Feder (Aladdin) on drums, who hails from Chicago, the same as she does. Sam Cieri was on guitar and Adam Cole Klepper on piano. The quartet continue with  “I Could Use A Love Song” by Marin Morris and“Better Off” by Ariana Grande.

I am a huge fan of Ms. Pauly, but this show is not well paced and maybe could use some uptempo’s and more songs that show her emotional strength. “Firework” from Moulin Rouge was originally on my set list and that could have helped.

Finally a big belting number from The Wild Party “Look At Me Now”.

There was no encore and though I appreciate Ms. Pauly’s talent, I needed more.