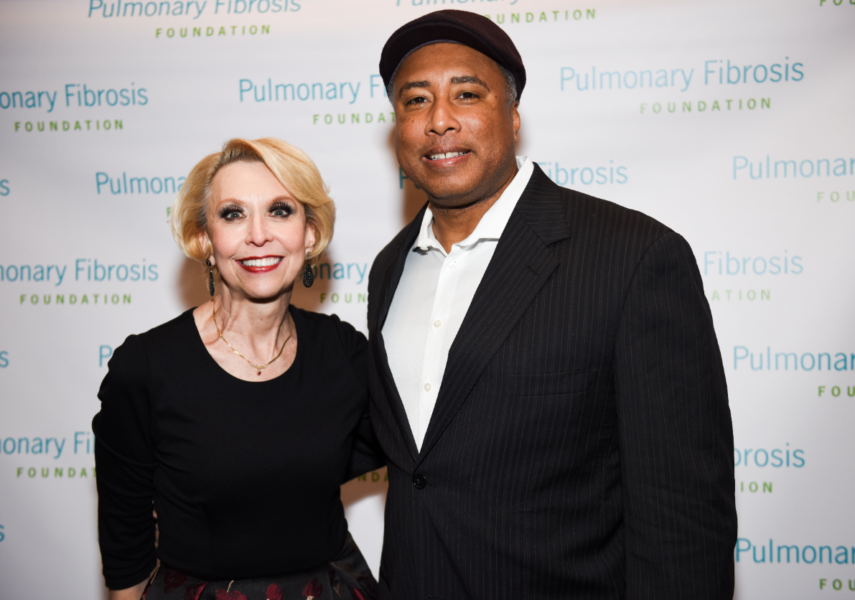 Hosted by the actress/comedienne Julie Halston, Broadway Belts for PFF! will hold its ninth annual fundraiser, featuring an evening of music and comedy benefitting the Pulmonary Fibrosis Foundation (PFF). This year’s event will take place on Monday, February 25 at 5:30 pm at the Edison Ballroom (240 West 47th Street) in New York City.  A variety of sponsorship opportunities and tickets are available and can be purchased at www.BroadwayBeltsForPFF.org.

The event raises money to fight pulmonary fibrosis (PF), a deadly and complex disease which causes progressive scarring in the lungs. PF affects 200,000 Americans annually and 50,000 new cases are diagnosed each year. In 2018, Broadway Belts for PFF! raised more than $370,000. It is the largest single fundraiser for the Pulmonary Fibrosis Foundation, based in Chicago.

An annual sold-out event that is an exclusive New York musical theater experience, Broadway Belts for PFF! features Broadway stars performing some of their favorite songs and original pieces. The benefit began as a tribute to Michael Kuchwara, Associated Press theater critic, who died suddenly of pulmonary fibrosis in 2010. Julie Halston, a founding partner of the event, is one of the PFF’s leading advocates nationwide and shines as the evening’s witty and dynamic host (Her Broadway credits include Hairspray, Gypsy, and You Can’t Take It With You and the upcoming Tootsie).

Ms. Halston’s motivation for participating in Broadway Belts for PFF! is very personal as her husband, New York newscaster Ralph Howard, was diagnosed with pulmonary fibrosis and received a life-extending lung transplant. Mr. Howard, a generous volunteer to both the PFF and many other organizations, engaged citizen in his community, and lover of all things New York succumbed to complications from the disease in August of last year.

The newly established Ralph Howard Legacy Award will recognize an individual or individuals who have demonstrated extraordinary commitment to the pulmonary fibrosis community and embody Ralph’s mission of fostering and supporting talent through mentorship, opportunity, and education. The award recipient(s) will be announced at the event.

“Broadway Belts for PFF! is an exceptional showcase of Broadway talent and we are honored to have Broadway’s leading lady, Julie Halston, shine a spotlight on pulmonary fibrosis. This year, we look forward to recognizing the dedication and commitment of our dear friend, the late Ralph Howard, with the inaugural Ralph Howard Legacy Award” said William T. Schmidt, President and CEO of the Pulmonary Fibrosis Foundation.

Broadway Belts for PFF! is directed by Carl Andress (The Divine Sister) with Christopher McGovern (Cagney) as Musical Director, Ed Windels as Music Coordinator and Greg Santos as Stage Manager. The benefit is produced for the ninth straight year by D. Michael Dvorchak, Sue Frost (Memphis, Come From Away), Julie Halston and Ed Windels.

For more information about the event or for current sponsorship opportunities, visit  PulmonaryFibrosis.org

The mission of the Pulmonary Fibrosis Foundation is to mobilize people and resources to provide access to high quality care and lead research for a cure so people with pulmonary fibrosis will live longer, healthier lives. The PFF collaborates with physicians, organizations, patients, and caregivers worldwide. For more information, visit PulmonaryFibrosis.org.

For more information about joining Broadway’s best in supporting those with Pulmonary Fibrosis through a sponsorship or donation, please click HERE.

ElizaBeth TaylorSeptember 27, 2022
Read More
Scroll for more
Tap
Loveville High: A Prom In Nine Musical Podcasts With Be More Chill’s Troy Iwata Is Available to Listen To
Get Ready For BroadwayCon With The Reunion of You’re A Good Man, Charlie Brown and Beetlejuice, Hadestown, Kiss Me, Kate, Tootsie and More