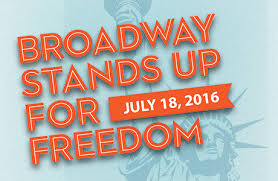 Save The Date As Broadway Stands Up for Freedom

Save The Date As Broadway Stands Up for Freedom 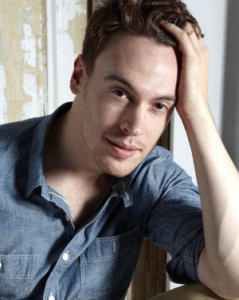 The New York Civil Liberties Union has a star-studded lineup of performers for its annual benefit concert. “Broadway Stands Up for Freedom” will boast performances by some of Broadway’s most talented actors on Monday, July 18, at the NYU Skirball Center for Performing Arts (566 LaGuardia Place). Included in the lineup is 2016 Tony Award-winning actress Jayne Houdyshell from The Humans and multiple past Tony-Award-nominated performers.

“We’re thrilled that so many talented performers and artists are generously supporting our work by celebrating the vital link between the arts and civil liberties,” said NYCLU Executive Director Donna Lieberman, who created the annual event with a group of aspiring actors to highlight social justice and civil rights issues through the lens of some of Broadway’s most prolific artists. “We’re planning an evening of great music and laughter for a worthy cause, especially at a time when the country is experiencing attacks on freedom of sexual orientation, gender identity and religion in the wake of the horrific attack in Orlando.”

In addition to some of Broadway’s hottest rising talent, the evening will showcase the teenage winners of the NYCLU’s Freedom of Expression contest, which invites New York City public school students to speak their minds on important civil liberties issues in their lives. This year, July 18 is also Nelson Mandela Day. The NYCLU will highlight its impact litigation and lobbying efforts with performers providing personal testimonies from public defense reform and solitary confinement cases. The victories for human rights and dignity in these cases not only improve the lives of the NYCLU’s clients, but create meaningful and effective change statewide, often setting nationwide precedents, and furthering the legacy of Nelson Mandela.

Proceeds from the show will benefit the NYCLU’s mission of promoting and protecting the civil rights and liberties of all New Yorkers.

VIP tickets and sponsorship packages, now on sale for $100 and up, can be purchased here. Individual tickets for $60 can be purchased athttp://nyuskirball.org/calendar/nyclu2016, by calling 212.352.3101 or in person at the Shagan Box Office located in the Center’s lobby at 566 LaGuardia Place.