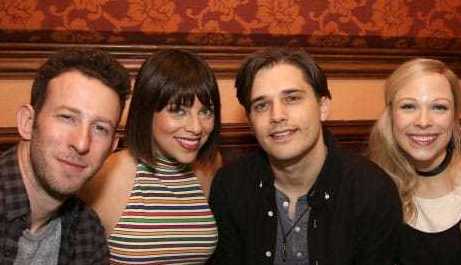 The American Theatre Wing (Heather Hitchens, President & CEO) are thrilled to announce performers for their annual Gala, celebrating the legacy of Jonathan Larson and the Larson family, dubbed “Say YES to Artists Gala.” The Gala will be held on Monday, September 16, 2019 at Cipriani 42nd Street (110 East 42nd Street). In celebration of the musical theater creatives who have been impacted by his legacy, the evening will feature one-of-a-kind performances by some of the most vibrant and exciting artists of our time. The evening’s entertainment will feature the work of composers and lyricists who have been the recipients of the Jonathan Larson® Grants, including Obie Award® winner Kirsten Childs, Tony Award® nominee Joe Iconis, Michael R. Jackson, Academy Award®, Grammy Award®, Golden Globe Award®, and Tony Award winners Benj Pasek & Justin Paul, Shaina Taub, and, of course, Pulitzer Prize and three-time Tony Award winner Jonathan Larson. Many of the artists will be making appearances to speak about their role in the Larson Legacy.

The gala will be produced by Lauren Class Schneider and Class Productions. Jennifer Ashley Tepper will serve as producer/director of the concert portion of the evening with music direction by Natalie Tenenbaum. The musicians will feature Julia Adamy, Rosa Avila, Cody Owen Stine, and Megan Talay.

Jonathan Larson’s dream was to infuse musical theatre with a contemporary, joyful, urban vitality, but like every creative artist just starting out, he faced a litany of rejections. For years, Julie, Nan, and Al Larson watched their brother and son struggle with constantly being told “No” as he tried to make it as a composer-lyricist in New York City. His dream finally seemed to be coming true when RENT was produced on Broadway, but tragically, he didn’t live to see it happen as he passed away the night before the show’s first preview. Upon his death, the Larson family felt the best way to honor his legacy was to say “YES” to young musical theatre writers providing both money and encouragement at a critical moment in their careers.

The family came to the American Theatre Wing in 2009 and in the last 22 years, The Jonathan Larson® Grants have said “YES” to more than 135 artists and invested over $730,000 in the future voices of the theatre. Those artists have gone on to garner 20 Tony nominations, 3 Tony Awards, 6 Obie Awards, 2 Golden Globes, 2 Grammys, and 1 Academy Award.

The funds raised at the Gala will provide vital support for the Wing’s programs, which champion theatrical excellence at every stage and ensure that American Theatre has a dynamic and diverse future. The goal for this year’s gala is to provide the Jonathan Larson® Grants with a fresh infusion of funds to match what his family invested over two decades ago.