School Children Get to See King Kong Up Close and Personal 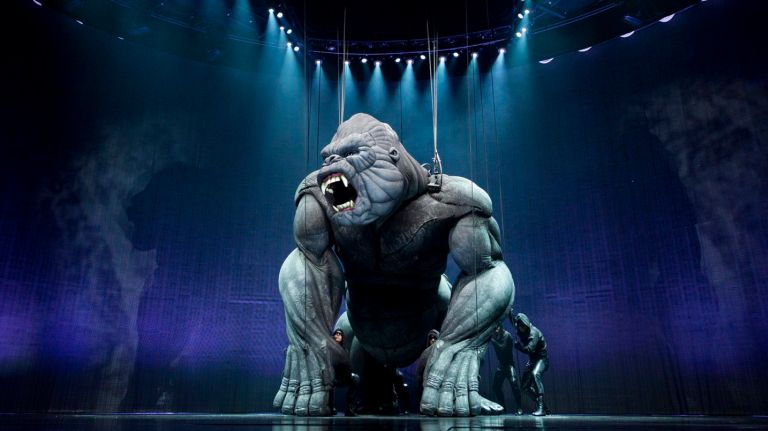 School Children Get to See King Kong Up Close and Personal

On Thursday, March 28 leading NYC arts education nonprofit Inside Broadway (Executive Director, Michael Presser) and the groundbreaking Broadway production of King Kong will present a special Creating the Magic program offering an exclusive, behind-the-scenes look at Broadway featuring the King Kong  cast & production crew. These exclusive 70-minute programs will be offered to over 2,000 NYC public school students from Brooklyn, The Bronx, Queens & Manhattan at the Broadway Theatre (1681 Broadway) on 3/28 at11:00am and 2pm. Since 1982, Inside Broadway has impacted the lives of over 1 million New York City public school students with its one-of-a-kind theatre arts and education programs that enrich, educate and foster new generations of theatergoers.

Providing a truly unique theatrical experience on 3/28, Inside Broadway’s Creating the Magic program will be presented to thousands of New York City public school students who will get a special behind-the-scenes look at the inner world of Broadway and learn about career opportunities in the theater. From exciting set, lighting, sound & prop demonstrations, musical performances from the cast and a Q&A session, attendees will have an exclusive look at how a Broadway show runs and operates.

The epic modern myth comes alive on Broadway through an innovative mix of animatronics, puppetry, music and stagecraft! Roaring with heart-pounding action, King Kong is a gripping and spectacular story of unlikely friendship, unshakable courage, and breaking free from the cages others put us in. Directed and choreographed by Olivier winner Drew McOnie, KING KONG features an electrifying new score byMarius de Vries (La La Land) and Eddie Perfect (Beetlejuice The Musical), and a book by Jack Thorne, the Tony® and Olivier Award-winning writer of Harry Potter and the Cursed Child.