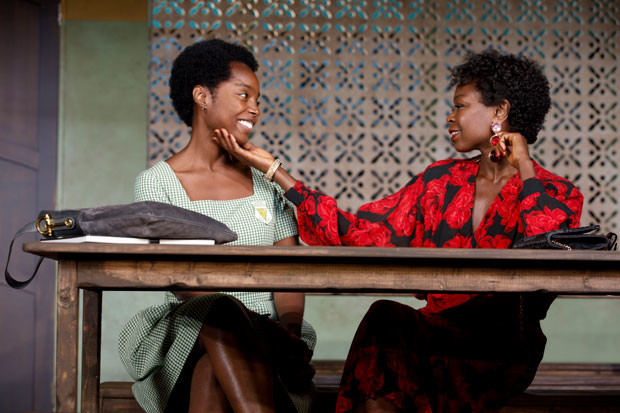 School Girls; Or, the African Mean Girls Play or How Beauty is Only The Color of Our Skin

School Girls; Or, the African Mean Girls Play or How Beauty is Only The Color of Our Skin 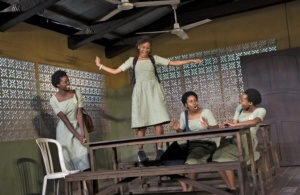 To hate ourselves because of how we look is how society plays us, and sadly we buy into it. We bleach our hair, our skin, we become anorexic or bulimic, we are constantly on diets and we are never enough. I used to be best friends with a couple of famous models when I moved to New York. These women were the epitome of beauty. Men wanted them, and women wanted to be them, yet they were, and still are, the saddest people I know. They were constantly afraid that they were going to be replaced. They were more neurotic than I was, and I had a lot of hang-ups back then. 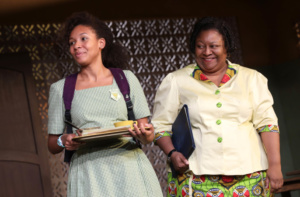 Jocelyn Bioh’s School Girls; Or, the African Mean Girls Play touches on this subject, as we meet Queen Bee Paulina Sarpong (Maameyaa Boafo), Mercy (Mirirai Sithole), Gifty (Paige Gilbert), Ama (Níkẹ Kadri) and Nana (Abena Mensah-Bonsu). The girls talk about the school’s nominations for the Miss Ghana Pageant.  See, a recruiter is coming tomorrow, and if one of them is chosen, that girl might become Miss Ghana 1986, which means a chance at becoming Miss Universe, and a way out of being mundane. Paulina is pretty, popular, cruel, and of course, the front-runner. When new girl Erica Boafo (Nabiyah Be) arrives, Paulina is none too thrilled. She’s just moved to Ghana from Ohio and she’s got an American accent, American makeup, American hair products, American dresses and can undo all the lies Paulina has been hoarding over the other girls. Paulina, sensing a need for some leverage, bullies Nana into stealing Erica’s file. 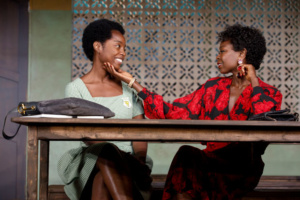 When the recruiter, Eloise (Zainab Jah), arrives, her personality is much like an older version of Pauline. She informs the headmistress (Myra Lucretia Taylor), her former classmate, she has spotted her next recruit. Eloise is looking for a tall, fair, long-haired, “universally” appealing applicant and Ericka fits the bill. She explains whiteness – or at least lightness – is next to godliness. You see Eloise is a former Miss Ghana and came to realize the judges are fond of girls who fall on the other end of the African skin spectrum. Though dark herself, Eloise wants to win and doesn’t care who she hurts or how she does it, claiming that everyone will win in the end. Even when it is discovered that Ericka was born in America and therefore violates the rules, her whiteness still qualifies her in Eloise’s eyes.

In the end, even Ericka’s whiteness is not white enough.

In the meantime, when Paulina’s dreams are smashed, we learn that she has been bleaching her skin and has been hospitalized more than once. Her hatred of herself is deep-rooted in the fact that she is the darkest of her large family and her mother would rather have had a light-skinned child than a dark one. In losing the pageant for those same reasons, Paulina loses what little real confidence she had in herself. We find her bullying was just a reflection of her own self-loathing.

The performances are all first-rate, especially the layered performance by Maameyaa Boafo. She will break your heart. Zainab Jah is fearless and Nabiyah Be adds light.

Rebecca Taichman’s direction is brisk and precise, adding layers to a complex problem.

Bioh’s script sometimes seems more surface than really delving into the problem. How many girls harm themselves because they do not feel accepted? How many men? This isn’t just a play about color, but of acceptance, or rather, non-acceptance. The play does say something that nobody is willing to talk about, which is how do you solve the problem when your own parents, family, and peers have this same perception? Maybe when we learn beauty comes from within and admire that, we can change the world.

School Girls; Or, the African Mean Girls Play is at the Lucille Lortel Theatre.