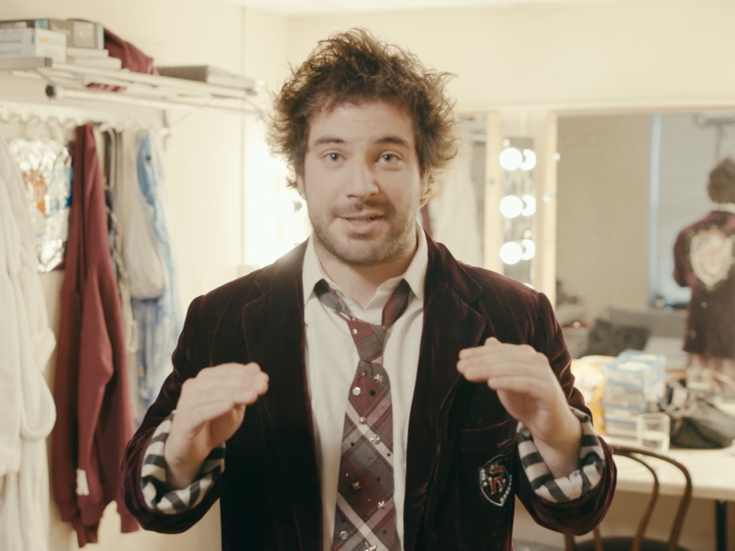 Andrew Lloyd Webber’s smash hit School of Rock – The Musical announces today that it has released an anti-bullying Public Service Announcement video featuring a message from adult and kid cast members of the show.

The cast members in the video include: Justin Collette (Dewey Finn), Mamie Parris (Rosalie Mullins), Levi Buksbazen (Freddy), Montgomery Lamb (Katie), Madalen Yarbrough Mills (Sophie), Nirvaan Pal (Mason) and Sarah Walsh (Marcy) who declare a pact with viewers to do everything we can to stop bullying.

To learn more about the important part you can play in stopping bullying, visit StompOutBullying.org.

The PSA has been created by School of Rock – The Musical in loving memory of Shane Resnick.

STOMP Out Bullying™ is the leading national nonprofit dedicated to changing the culture for all students. It works to reduce and prevent bullying, cyberbullying, sexting and other digital abuse, educates against homophobia, LGBTQ discrimination, racism and hatred, and deters violence in schools, online and in communities across the country. In this diverse world, STOMP Out Bullying promotes civility, inclusion and equality. It teaches effective solutions on how to respond to all forms of bullying, as well as educating kids and teens in school and online. It provides help for those in need and at risk of suicide, and raises awareness through peer mentoring programs in schools, public service announcements by noted celebrities, and social media campaigns. A pioneer on the issue, STOMP Out Bullying™ is recognized as the most influential anti-bullying and cyberbullying organization in America and beyond.

Suzanna BowlingJune 20, 2022
Read More
Scroll for more
Tap
He Says: The New One Soars High Above the Wreckage
Theater Resources Unlimited December Panel What It Means to Be a Producer (and Why I Do It)