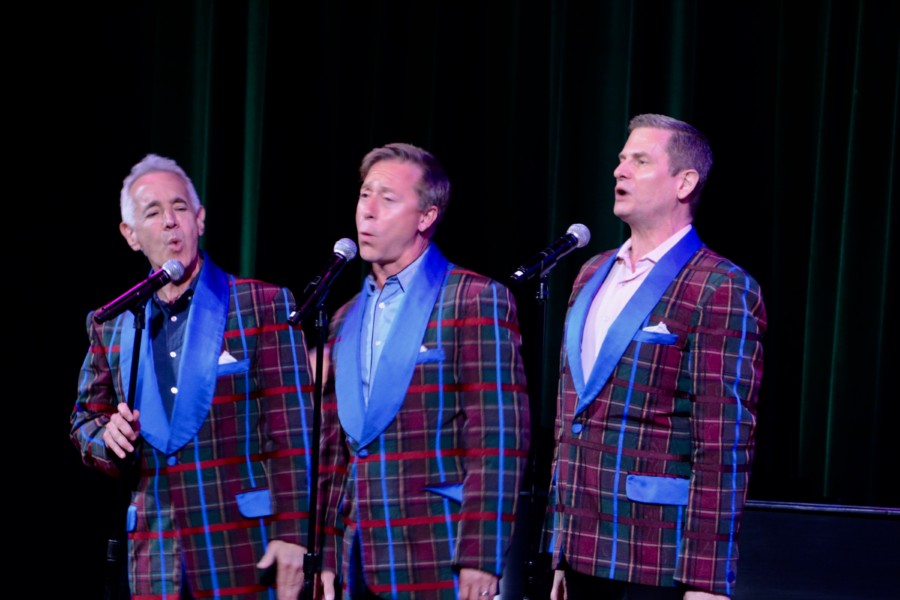 BROADWAY! Songwriters, composers, actors and singers think that is the place you can say you really made it. Scott Siegel put on an evening of songs and entertainers that proved that even though the Great White Way may be a dream; dreams and success can be achieved on other streets in New York or even at the Papermill Playhouse.

Mr Siegel’s newest version of Broadway by the Year was a misnomer this time as he celebrated songs and shows that spanned a number of years and locations but not on Broadway; but, “Almost on Broadway.”

He selected a wonderfully varied collection of songs from decades of shows that came thisclose to being on Broadway and they were performed by some of the original singers of those great numbers. Nowadays, the lifespan of a Broadway musical can be as short a ;but some of the shows that were spotlighted on Monday, June 27th at Town Hall have flourished for decades. The Fantastics, Forbidden Broadway (in its numerous incarnations) and Newsical, The Musical (with its long list of headline inspired songs) are examples of musicals these shows. And hey there songwriters! Just because you have been on Broadway don’t poo poo the Off Broadway circuit. Stephen Schwartz, that guy who has had a lot of success with single word titles: Godspell, Pippin and Wicked has not faired as well when he names his shows with more than that: The Baker’s Wife and Children of Eden; both of which were represented in Mr Siegel’s song selection.

Anyway, on with the show and let me say the singers did right with the songs that were presented. Christine Andreas started the evening with the classic Try to Remember from The Fantastics where she hit the perfect notes and tone for the evening. She later came back on stage to sing Welcome Home from the musical adaptation of the film Johnny Guitar, which incidentally was written by her husband Martin  Silvestre. The songs of Mr Schwartz; both beautifully sung by Kelli Rabke were Meadowlark and Stranger to the Rain. Pedro Copetti, one of Mr Siegel’s “Broadway’s Rising Stars” veterans showed why he earned a spot on that list with If I Didn’t Believe in You from the incredibly successful Jason Robert Brown musical The Last Five Years and Out There from The Hunchback of Notre Dame which he performed as Quasimodo in his native Brazil.

Brian Charles Rooney, who was supposed to be in the 2017 revival of When Pigs Fly (which originally ran for 840 performances from 1996) sang the timely number Laughing Matters with the right pathos and meaning that we need after a pandemic and social unrest we have currently encountered. He reminisced before he began the songs about his 14 Bob Mackie designed costumes that never made to the stage because the revival was cancelled at the last minute.

Crystal Joy who has recently performed as Nina Simone in Little Girl Blue showed her range with the song If We Only Have Love from Jacque Brel Is Alive and Well and the upbeat My Boyfriend’s Back from Beehive where she danced with the Broadway by the Year (BBYT) Dance Troupe.

But the night was definitely not just about ballads and love songs. One of the great things about Off Broadway musicals is their pure joy and humour and both were evident when Michael West and Gina Kreiezmar brough to life the wonderful songs from Forbidden Broadway and their parodies of Liza, Robert Goulet, Ethel Merman and the Phantom of the Opera. Their singing talents and comical movements had the audience laughing out loud as did the quartet from Newsical, The Musical singing Denial: Kristen Alderton, Taylor Crousore, Carly Sakolove and again Michael West.

Bradley Dean, Adam Gruper and Cheryl Stern reenacted a very comic scene/song from No Way to Treat a Lady called I Need a Life and their deliveries of the dialogue and lyrics demonstrated all their great comic timing. And speaking of timing, Danny Gardner’s tapping and singing Don’t Give In from A New Brain was only one of the numbers he choreographed for the evening.

Jason Graae did double duty during the evening, first as a young camp goer writing his parents in Hello Muddah, Hello Faddah (the name of the song and the show) and then aging into a high school boy in the quartet from Forever Plaid. Unfortunately, one of the quartet came down sick Monday morning and the four became three as they sang This or That/Undecided. Lots of talk this past year has been about the invaluable efforts of understudies and swings on Broadway. That sentiment was no better represented as when the three: Jason, Larry Raben and Leo Daignault sang the accompaniment to the song Shangri La/Rags to Riches which would have been the big number for the missing David Engel . While this was done to great comic effect it did show what happens when there is no understudy to take a headliner’s place.

Scott Siegel, once again showed his talent for picking terrific numbers and a wonderful group of singers who were accompanied by the terrific band of Eric Halvorson on drums; Don Falzone on bass and musical director Ross Patterson on piano.

The final number which had the audience leaving the theater with smiles on their faces was New York, New York from the Kander and Ebb review And the World Goes Round sung by Brian Charles Rooney, accompanied by the BBTY Dance Troupe.

I am looking forward to the next Broadway by the Year show to see what more surprises Mr Siegel can give to us.

Lead photo by Genevieve Rafter Keddy. To see all photo’s of the event click here.

Stephen SorokoffJanuary 6, 2023
Read More
Scroll for more
Tap
You Are There At Almost on Broadway
The Glorious Corner