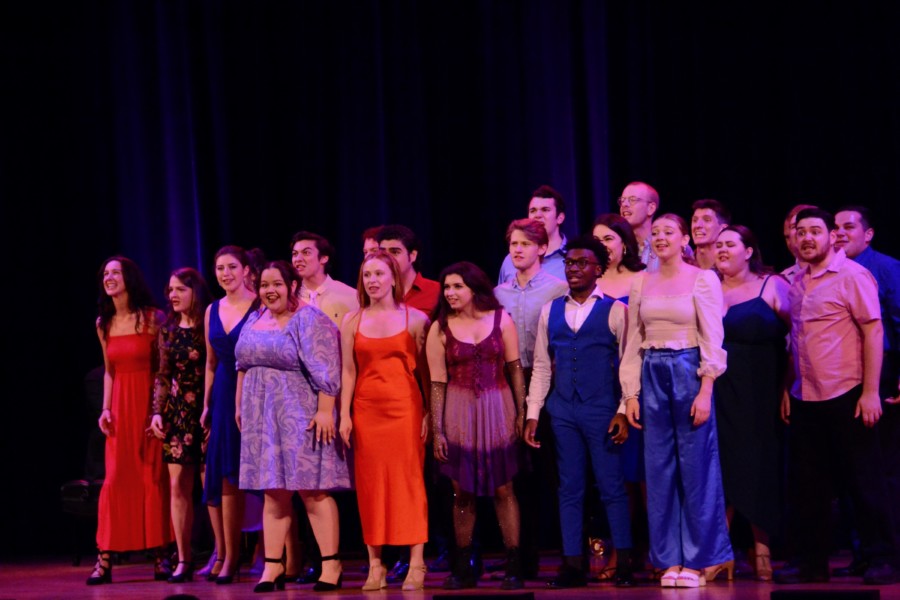 One of the things that is always enjoyable about Scott Siegel’s Broadway by the Year is when Mr. Siegel tells the story of the songs and shows that are spotlighted in the evenings program. When Scott writes his narrative for Broadway’s Rising Stars his focus is not the song; it is the talent. Each of the 22 talent performers on Town Hall’s stage on July 18th had an interesting story to tell. The next morning I was thinking of the show and it reminded me of what Michael Bennett must have been doing when he was sitting in that room back in 1974 with a group of experienced dancers – talking of their lives; their experiences became A Chorus Line. 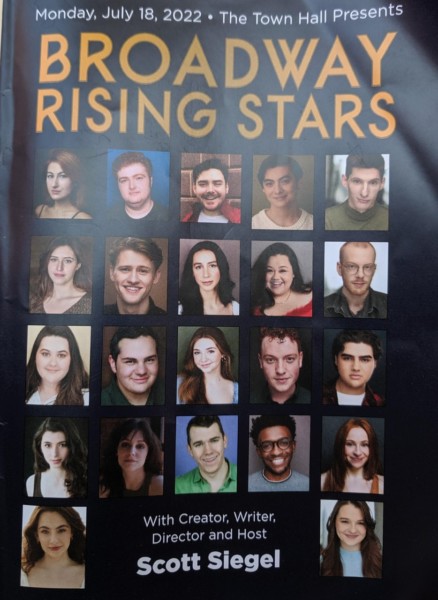 The 22 performers are just recent graduates from various school throughout the country (maybe they are 22 – 25 years of age – still kids – but all have stories to tell). There is the young lady who was adopted, yet her adopted parents and birth mother were in the audience together watching her sing; the young man who sang to his grandfather who raised him after his father left the family when the boy was young; and the young woman whose father was not in the audience because he passed away five days after she was told that she was accepted to perform at this concert. There was the young man who at 8 years of age saw a TV ad for Matilda the Musical and realized kids his age could be on Broadway and was inspired by Matilda and Billy Elliot; the trombone player who dropped his horn and picked up tap dancing shoes; the young man who, if he didn’t get into a performing arts school because he was going to join the Navy; and the “jovem semora” who attended her first year of performing arts school via zoom in a barn in Portugal; the young lady whose only outlet to sing in her small town without a theater was the National Anthem at sporting events or the boy who was coerced by a friend to try out for the ensemble in his high school production of Joseph and got the lead role or the young man whose mother drove him around to auditions. 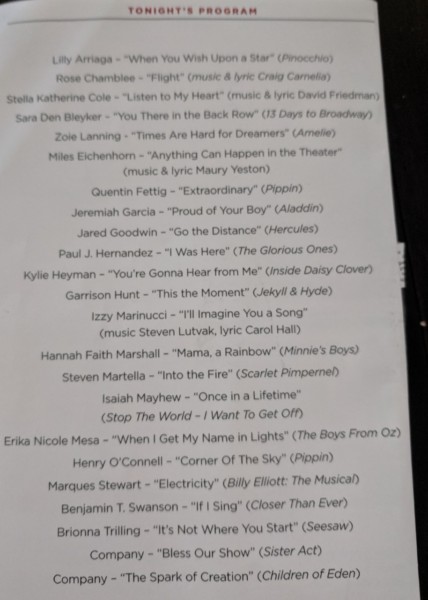 The evening was a wonderful evening of talented performers and as they are all just starting out I am trying not to single out any of them because this was not a competition; this was an introduction. An introduction for them to perform in front of a packed house the size of Town Hall and an introduction to the audience that enthusiastically accepted them. 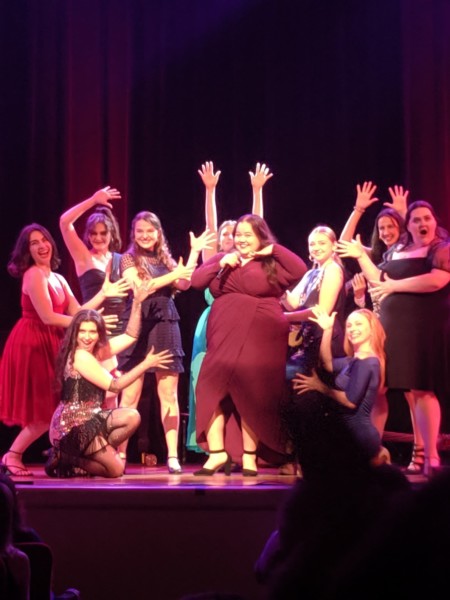 Due to covid and the shut down of all live entertainment, this was the first Broadway’s Rising Stars since 2019 so there was a lot of excitement and energy on that stage and Danny Gardner used that energy to choreograph some enjoyable numbers using the full cast or numbers broken into just the young men or the ladies. John Fischer on piano reprised his role as Musical director marking his thirteenth year accompanying a new group of talented performers. 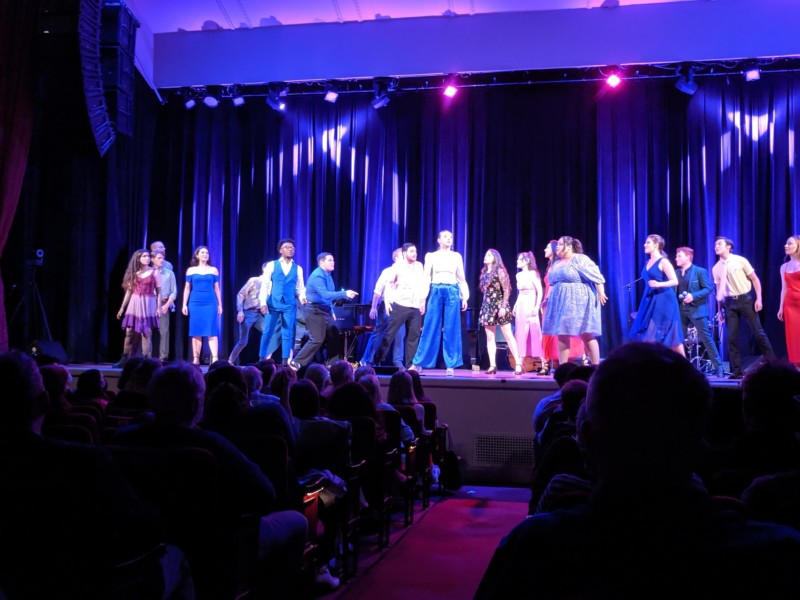 So many terrific things can be said about the evening and what Mr. Siegel does for these new performers and for the theater community that got the first look at these young people. The 22 talents came from twelve different schools which gives me hope for the future of musical theater. From past Broadway’s Rising Stars concerts there have been Broadway performers, Tony Award winners, TV and film stars so I look forward to seeing the names on this program continue in that tradition of career successes.