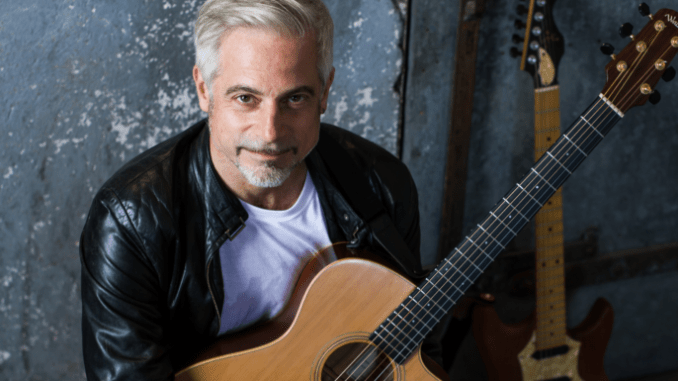 For the Berklee-schooled Harkness, who has played with the likes of Kathleen Turner, Nona Hendryx, Tom Wopat, Lucie Arnaz, Leslie Uggams, Christine Andreas and most recently Ann Kittredge – this will be another opportunity to see his Unusual Suspects – Etienne Stadwjk, John Lenis and Clint de Ganon.

Their most recent appearance at Birdland resulted in a sold-out house and began a terrific word of mouth campaign on the show. 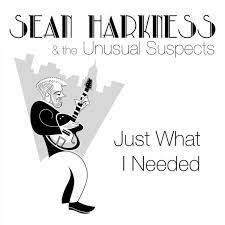 Harkness and the group released an EP that night, entitled Just What I Needed and featured the tracks “A Hard Day’s Night,” “Reminiscing,” “People Are Strange” and “Just What I Needed/Good Times Roll.”

A former-artist on Will Ackerman’s celebrated Windham Hill Records -now available through SONY Music/Legacy; Harkness has performed at some of the most prestigious halls around town and the county including the Blue Note, 55 Bar, Smoke, Small’s, Mezzrow, the Jazz Standard, Iridium, Feinstein’s, Lincoln Center, Carnegie Hall; BAM; Edison Ballroom, Mile’s Café, the Metropolitan Room, St. Nick’s, Top Of The Rock at Rockefeller Center, The Cutting Room and most recently at Birdland.

With influences as diverse as John Scofield, Jeff Beck and Robby Krieger, Harkness is gearing up for his own above-the-line success with his revolving collective of the best players around with his Sean Harkness & the Unusual Suspects group.

Harkness is quick to point out that the “(the) show is a choice of songs from my childhood. They’re not necessarily the proscribed ‘covers’ one would expect from a tribute or cover band as they range from The Carpenters to The Who – these are the songs that came on the school bus AM radio.  Songs that moved me to learn music.  I’m just interpreting them through the lens of 40+ years’ experience as a pro guitarist.”

He’s also become a critic’s favorite: from The Observer’s Rex Reed; to Broadwaywayworld.com, which said “With bandleader Harkness at the helm, The Unusual Suspects were this year’s rock band of cabaret. Rock, pop, blues, country and a lot of other genres of music that once didn’t quite fit the cabaret mold are now welcome in the small venue rooms and The Unusual Suspects can play all of those types of music, and more.”

Adds Harkness, “One of the things that sets me apart from other guitarists in NYC is that I work with so many different people. Different styles/genres, skill/experience levels, and demographics. From theatre queens to Blues artists, movie stars to folk singers, Broadway divas to jazz snobs, and everything else on the spectrum. Most people find a niche and work it. If I have a ‘niche’, it is as the guy who can bring anything to life with heart and authenticity.  And mostly with vocalists. Something about the way I interact with vocalists makes me a trusted name when they want to bring it to life … and that everyone I work with is every bit as much an Influence on my musicianship as George Benson, Duane Allman, or Eddie Van Halen.”

With eight solo records already in the marketplace (including his Windham Hill Aloft CD), Harkness and his hand-picked ensemble are planning a full album before the fall.