See inside AMC & MoMI’s Living with the Walking Dead Exhibition 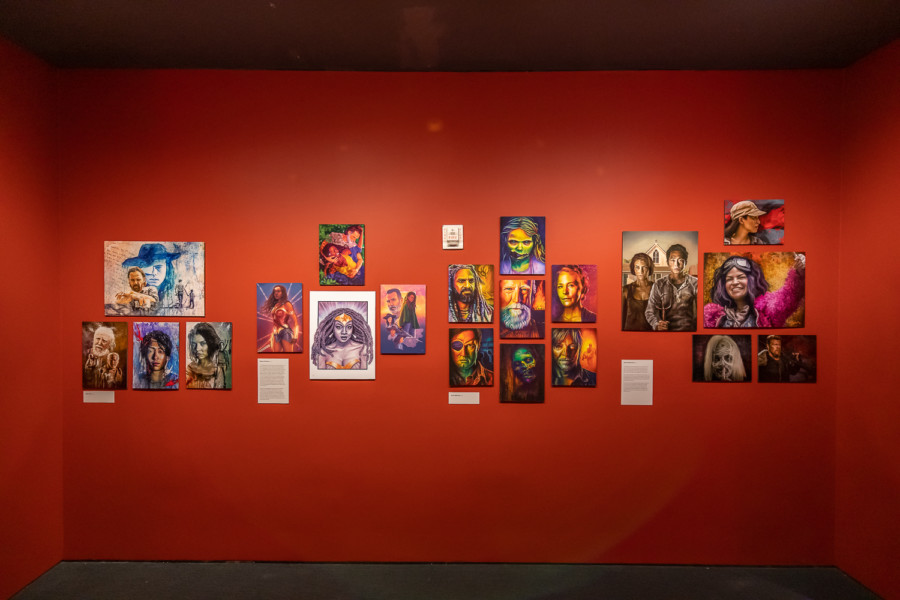 See inside AMC & MoMI’s Living with the Walking Dead Exhibition

Museum of the Moving Image has partnered with AMC for their major exhibition, Living with The Walking Dead, on view now until January 2023. The exhibition explores The Walking Dead’s origins, production and impact with displays that include life-size mannequins of iconic characters, original costumes, prosthetics, lifecast busts, props, fan art, action figures, scripts, storyboards and much more. 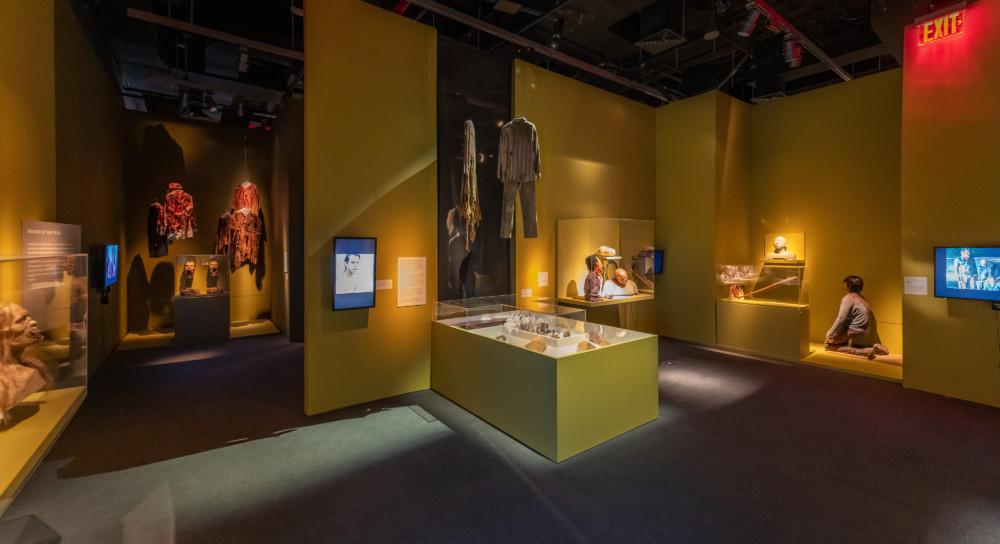 “It’s wonderful to be partnering once again with AMC Networks, this time to present an exhibition devoted to the long-running original series The Walking Dead,” said Carl Goodman, MoMI Executive Director. “More than just a television show, it is a cultural phenomenon that is adored by legions of fans, who celebrate the innovative, engaging, and immersive world that its makers have built, and for its diverse cast of characters. The exhibition will bleed outward from our temporary exhibitions gallery and into our theaters, classrooms, and other public spaces.” 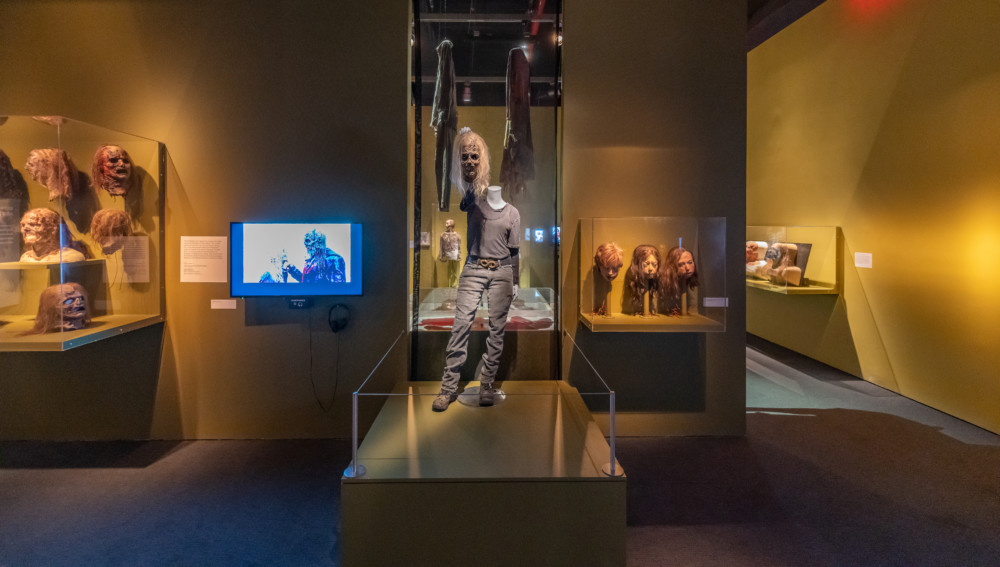 “Over 11 seasons and 177 episodes, The Walking Dead has built a vibrant and massive global fan following, becoming one of the most beloved franchises in television,” said Dan McDermott, President of Entertainment and AMC Studios for AMC Networks. “We’re delighted to work with MoMI on an exhibition and lineup of events to commemorate this beloved series’ historic run, the immensely talented creative team, cast, and crew who brought it to life, and give this incredible fanbase a new and exciting way to experience their favorite show.” 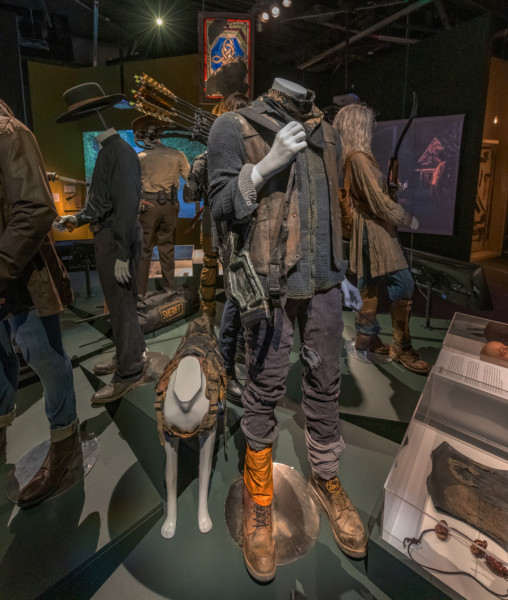 mannequin costumed as Walking Dead character Daryl Dixon, accompanied by his dog and key props, are on view in the exhibition Living with The Walking Dead. Photo credit: Thanassi Karageorgiou/Museum of the Moving Image

The exhibition Living with The Walking Dead, in the Museum’s third-floor changing exhibitions gallery, will probe the issues at the heart of the series: the related threats of the murderous undead and the collapse of the social order. It will explore the cinematic and literary antecedents of The Walking Dead, including its origin in Robert Kirkman’s comic book series, and present the unique innovations that the AMC Networks series has contributed, with its wide-ranging story of survival, diverse cast of characters, and devoted legion of fans. The exhibition will include original costumes and props, concept art, storyboards, scripts, and a wealth of prosthetic makeup material. Created by Special Effects Makeup Supervisor and Executive Producer Greg Nicotero and his team at the award-winning KNB EFX studios, the special effects makeup transformed legions of cast members into vividly realized undead walkers, largely using practical effects. Tickets are available here: https://movingimage.us/event/living-with-the-walking-dead/ 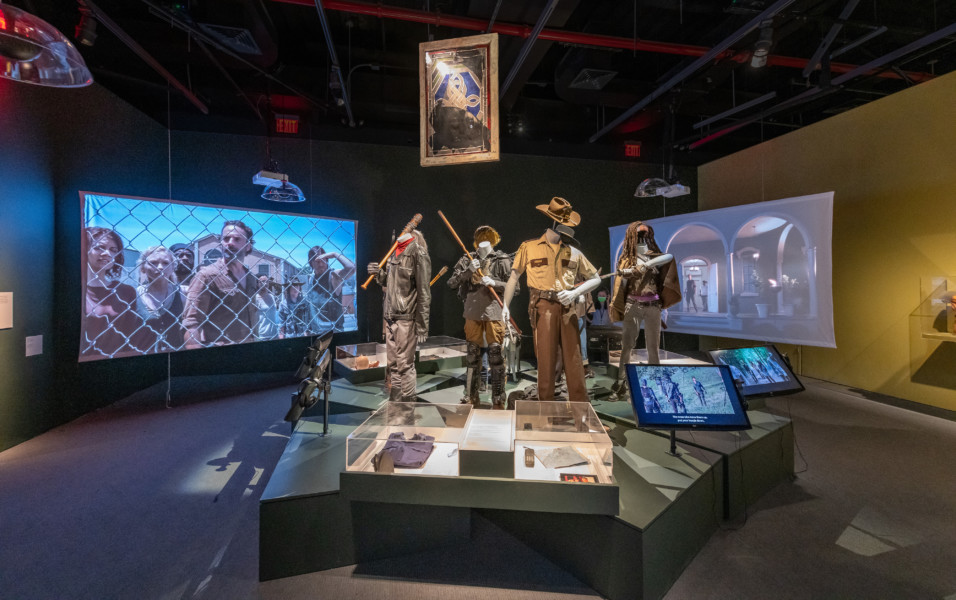 The first month of Living with The Walking Dead is accompanied by the screening series Films of the Dead: Romero and Co., anchored by the seminal films of George A. Romero, starting with his 1968 independent masterpiece Night of the Living Dead. The eleven-film series, presented with support from horror streamer Shudder, includes films from Romero’s cinematic zombie corpus, plus a delirious selection of modern variations from directors as varied as Edgar Wright, Zack Snyder, Jim Jarmusch, and Shinichiro Ueda. Many of the films will be paired as double-feature presentations (one ticket price for two films). Tickets are $15 (with discounts for seniors, students, youth / free or discounted for MoMI members). Advance tickets are available online at www.movingimage.us/films-of-the-dead. Ticketholders may add on a visit to the Living with The Walking Dead exhibition for $10. 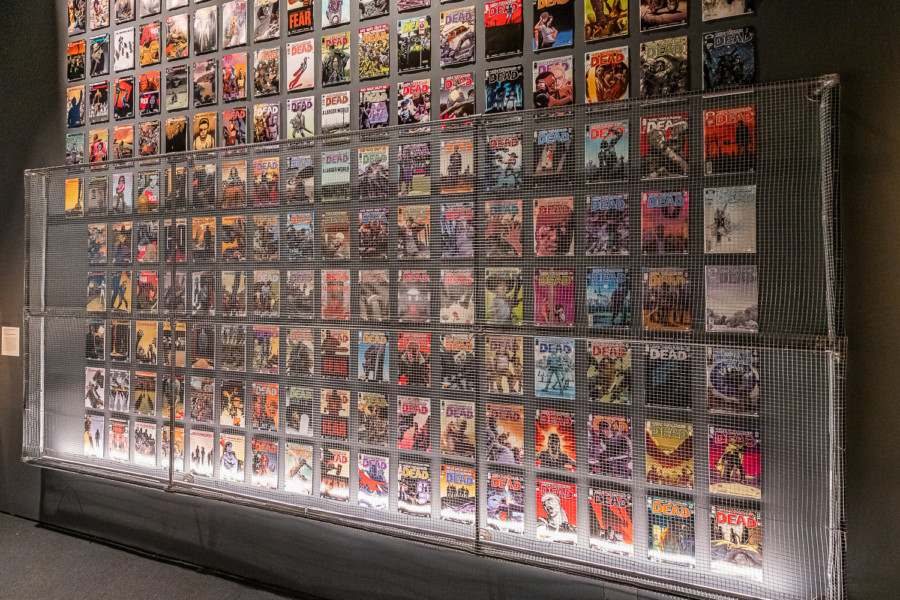 All 193 issues of Robert Kirkman’s The Walking Dead comic book series are on view as part of the exhibition Living with The Walking Dead. Photo credit: Thanassi Karageorgiou/Museum of the Moving Image 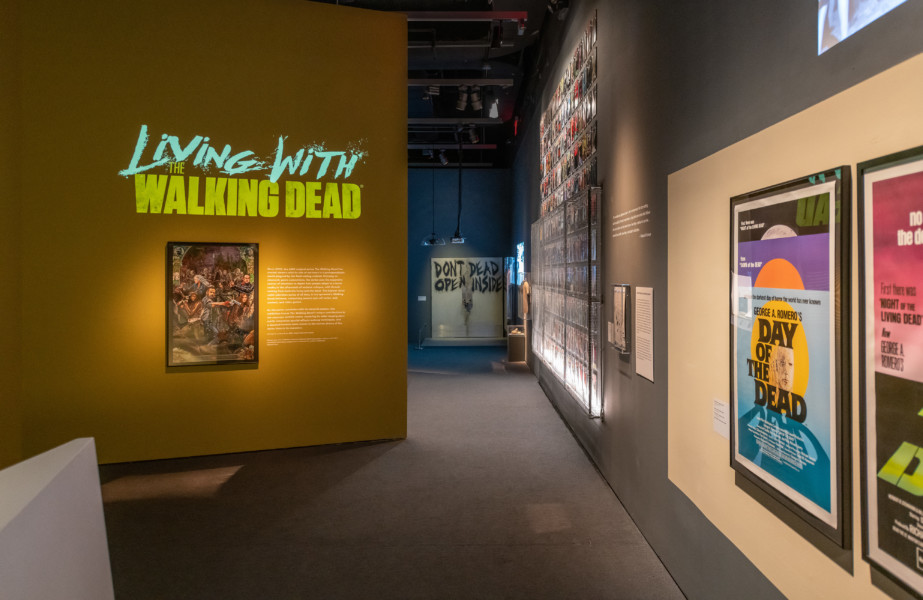 Introductory section of the Living with The Walking Dead exhibition. Shown here: posters and objects pertaining to early zombie films and the origins of zombie horror. Photo credit: Thanassi Karageorgiou/Museum of the Moving Image

The Walking Dead premiered on Halloween night in 2010 as the #1 cable series launch of all time and is the most-watched series in cable history. It was the first cable series to become the #1 show in all of television, including broadcast, a rank it held for five consecutive years. The series has also given life to a vibrant and expanding content universe that currently includes Talking Dead, Fear the Walking Dead, The Walking Dead: World Beyond, two spinoffs planned for 2023, and the forthcoming episodic anthology series Tales of the Walking Dead.

AMC Networks continues to develop new content rooted in the unique and entertaining world of The Walking Dead, one of the most powerful franchises in the history of television, which currently has more than 50 million social followers and fans across Facebook, Instagram and Twitter, a thriving presence in gaming, The Art of AMC’s The Walking Dead Universe coffee-table book, and a variety of other extensions through which this passionate fan community connects with stories and characters unlike anything else on television.

The Museum previously partnered with AMC Networks on the exhibitions Matthew Weiner’s Mad Men (2015) and From Mr. Chips to Scarface: Walter White’s Transformation in Breaking Bad (2013).

Suzanna BowlingOctober 1, 2022
Read More
Scroll for more
Tap
Wonderama Is Film in NYC and You Are There
Solea Pfeiffer is On a Roll