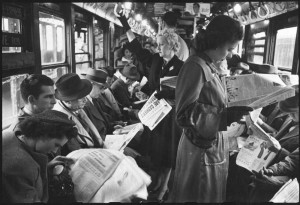 Mashable, the leading media company for the digital generation, announced today that “Retronaut’s New York,” a pop-up exhibition of historic panoramas of New York produced by SC Exhibitions with Retronaut’s Wolfgang Wild will open on Thursday, February 25 in New York City. The exhibition will be in the lobby space of Premier Exhibitions (417 5th Avenue) for a limited time and is free to the public.

Wild, also an editor for Mashable, founded Retronaut, the “photographic time machine” in 2010 and since then, has helped fuel the exploding public fascination with historical images. Starting in 2014, Mashable became the exclusive host of new Retronaut articles, photo spreads and videos created by Wild and his curators in a new section of the site devoted to history. Wild and his team scour the world’s archives and museums, physical and digital, looking for extraordinary material – pictures, film, sound, stories and songs – that are not on our maps of the past.

For “Retronaut’s New York,” Wild has taken as his starting point a set of extraordinary panoramic photographs capturing New York City more than a hundred years ago. These widescreen images are not the small, sepia and faded snapshots of the past that we have come to expect. The images are massive, super high-resolution, and extraordinarily over a century old.
Each photograph has been painstakingly digitally cleaned and restored from the versions held by the Library of Congress, the results wiping away the decay of time and rendering the scenes of New York City into crisp detail. The past becomes the present once again.
Taken together, the images form a time capsule of New York City at the turn of the nineteenth and twentieth century. This time capsule is a physical manifestation of the hundreds of online digital time capsules Wild has been assembling on Retronaut.
At the center of the historic panoramas is a “Timescape” of Times Square created by Dynamichrome’s Jordan Lloyd. Lloyd has woven together fragments from Times Square’s hundred-year history into a seamless and spectacular image where decades cascade into one another. The hypnotic result is a beautiful and surreal panoramic photograph, simultaneously instantly familiar and disconcertingly anachronistic at once. It is a physical manifestation of Wild and Retronaut’s mission to show “the past like you wouldn’t believe.”
The exhibition will be unveiled during a private opening party on February 24, 2016 and will be on display to the public through March 28, 2016. Additional information can be found at www.tutnyc.com/retronaut.
Related ItemsMashableNewNew YorkPremier ExhibitionsRetronaut's New YorkRetronaut's Wolfgang WildSC ExhibitionsTimes Square Chronicles
Art