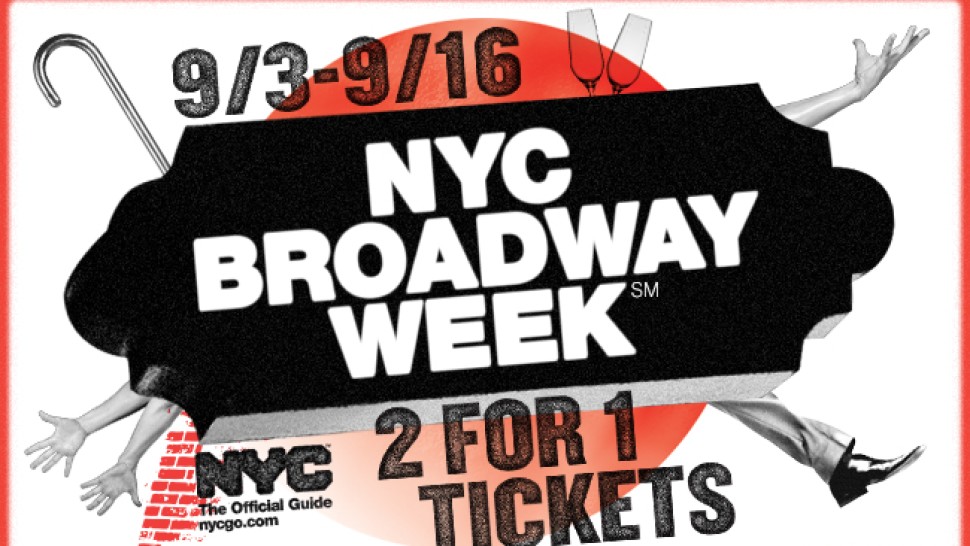 Are you ready for the start of NYC Broadway Week? The Broadway League offers ticket-buyers to attend Broadway theatre at half the cost.

Participating Broadway shows for Broadway Week 2018 include: Disney’s Aladdin, Anastasia, The Band’s Visit, Beautiful: The Carole King Musical, Bernhardt/Hamlet, Carousel, Chicago, Come From Away, Disney’s Frozen, Gettin’ the Band Back Together, Head Over Heels, Kinky Boots, The Lion King, My Fair Lady, The Nap, Once On This Island, The Phantom of the Opera, The Play That Goes Wrong, SpongeBob SquarePants, Straight White Men, Summer: The Donna Summer Musical, Waitress, and Wicked.

Sponsored by American Express, theatregoers can purchase 2-for-1 tickets to these shows for performances September 3–16 Carousel, Gettin’ the Band Back Together, and SpongeBob SquarePants are all set to close on the 16th so see them before they leave! T2c highly recommends SpongeBob SquarePants.

All tickets are subject to availability. Interested buyers can also upgrade their tickets for a $20 per ticket fee for best seating locations.