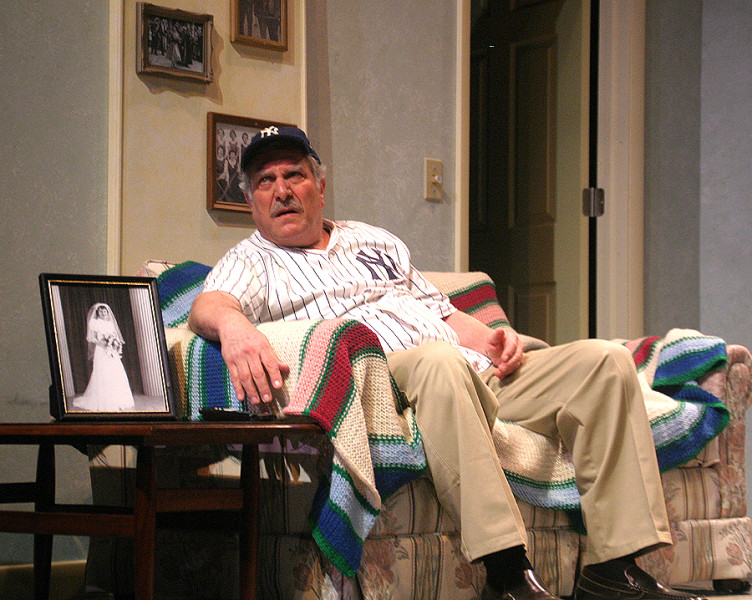 Senior Moment What Should be a Delightful Sitcom

Senior Moment What Should be a Delightful Sitcom 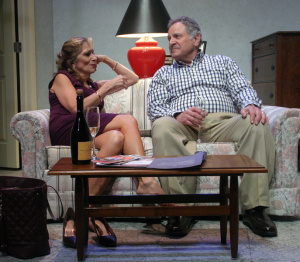 Mike Vogel’s new play Senior Moment is a surprisingly charming comedy, which would make a delightful sitcom, along the lines of “Designing Women.” 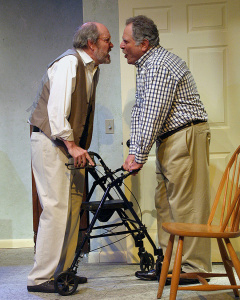 The play follows Jack (Bob Ari) a 77-year-old curmudgeonly widower, who is forming a slight case of dementia. He is forgetting to turn off the burners and macing the grocery delivery boy. His son Larry (Ian Lowe) talks him into trying an assisted living facility for a week. While he is there, Jack learns the ratio for men is one man for every four women and becomes popular, especially with Violet (Marina Re). Jacks presence annoys playboy resident Chet (Brad Bellamy) who use to be the new “senior” on the block, especially when he strikes up a friendship with Malka (Amanda Kristin Nichols) a 35 year-old single mother who works at the facility. Malka is a Slavic immigrant who earns extra money by giving shoulder massages. She crushes on Jack, but her youth is too much for his heart and he realizes he really does love Violet. In the end he almost blows that relationship, but gets a third, forth and a fifth chance to have a happy ending. 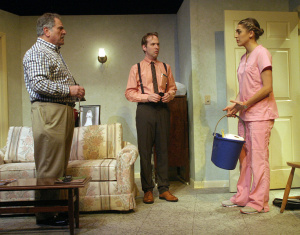 The cast does a stand out job with Marina Re fleshing out Violet with her warmth and humor.

Vogel’s writing is much like the old “Love, American Style.” It is clever, unpredictable and allows his characters to flesh out into real human beings with personalities that aren’t always sunny or lovable. Because of this we do care about them.  I would have liked to known a little more about the repressed Larry. Is he gay or is that just implied? Does he actually have a real life, that he hides from his father? Why does Violet come back, other than a happy ending? Will Chet end up on the voyage or does he now get the run of the community? Where is Jack’s forgetfulness going? This what I mean about the show becoming a sitcom, because we actually do want to know more as the curtain comes down. There is a lot of relevant issues that this play deals with in terms of how we get old and how we cope. These are all issues that need exploring and have tons of potential.

Donald Brenner direction was clear and focused, though it would have been nicer if the scene changes were not so long.

In the end it is a delightful afternoon or night at the theatre.