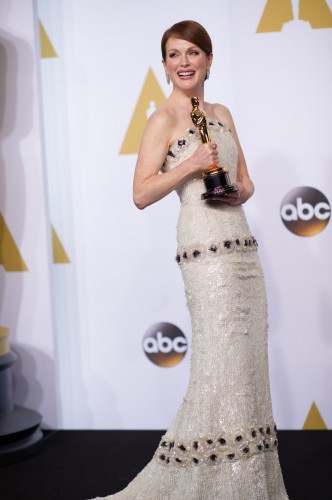 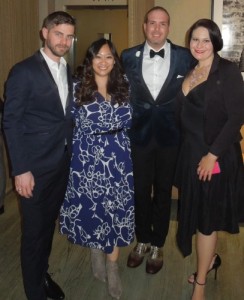 ElizaBeth Taylor at the IFC viewing party with Grey Goose

LOS ANGELES, CA – It was another brilliant night in Hollywood as dreams came true at the Oscars. “Birdman” walked away the big winner of the night at The Academy Awards with awards for best film directing, original screenplay and cinematography.  Hometown hero Julianne Moore won for her moving performance in “Still Alice,” and local production designer Adam Stockhausen won for best in production design for “The Grand Budapest Hotel.” Another win for the sparky comedy was also for the very talented duo Frances Hannon and Mark Coulier for Makeup and Hairstyling. 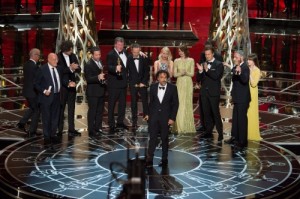 “I have done many of Wes’ (Anderson) films. I have been working with him since “Rushmore,” and it has been about 19 years that we have been collaborating together,” said winner Hannon. “It is a great pleasure and this is an exciting week.” 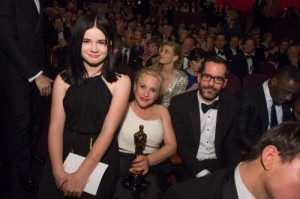 Patricia Arquette poses with Harlow Olivia Calliope, Eric White and the Oscar® for Performance by an actress in
a supporting role, for work on “Boyhood” during the live ABC Telecast of The 87th Oscars® at the Dolby® Theatre in Hollywood (Matt Petit / ©A.M.P.A.S.)

All over town celebrations took place to honor the biggest night in the entertainment industry. There was an electric buzz in the air that lit up the starry sky. From Sunset Strip parties where Bill Murray danced the night away at Michael Sugar and Grey Goose’s hot night at Sunset Tower to Dameon Clarke in lively conversation at an Oscar cocktail reception Hollywood was the place to be and be seen. 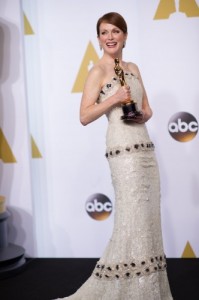 Julianne Moore poses backstage with the Oscar® for Performance by an actress in a leading role, for work on “Still Alice” (Aaron Poole / ©A.M.P.A.S.)

Exclusive viewing parties were also a golden hit. At Sunset Marquis IFC films hosted an intimate dinner party to honor their Oscar nominations and terrific win by the stand out Patricia Arquette for “Boyhood.” Guests enjoyed Grey Goose cocktails throughout the evening as they honored the actress for her fantastic performance and emotional acceptance speech during the show. 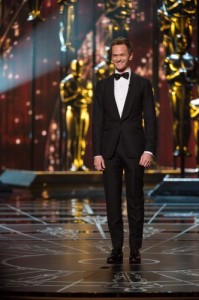 The Producers Guild of America also hosted a lovely event that offered up a refreshing way to watch the Oscars from start to finish. 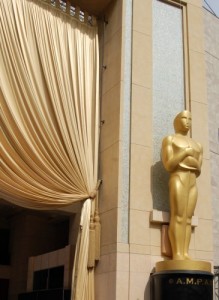 On the red carpet

“Each year we have the Oscar PGA party to encourage emerging producers to become members. We have a wonderful group here and I am so happy to be a part of this special night,” said Actor/Producer and Co-Host Vincent De Paul. De Paul along with the lovely Vice-President Megan Mascena put together the gorgeous party that hosted a hundred guests.